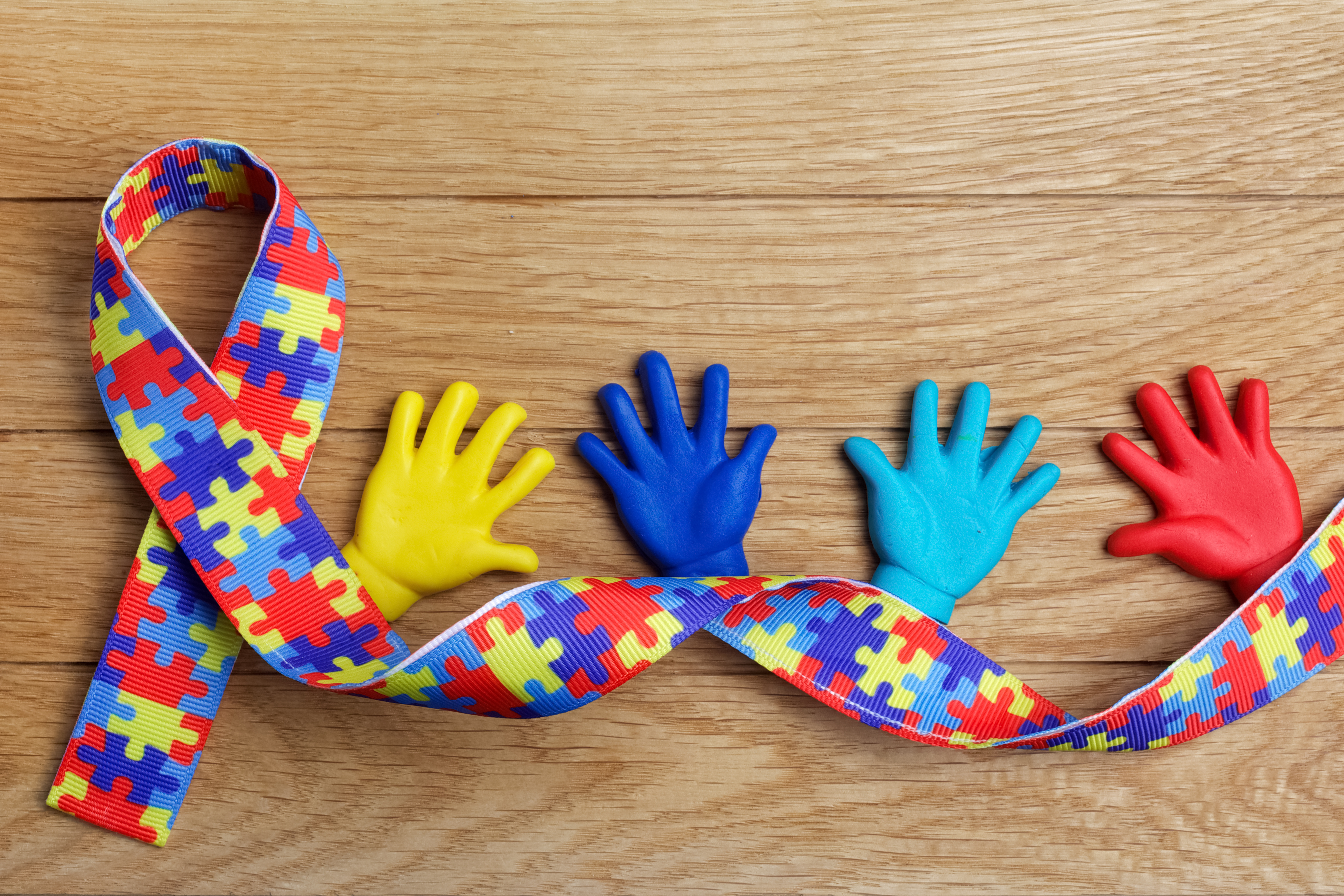 The Autism Controversy for the Uninitiated- Part three

The year 2019 has been a political tug-of-war between families with children on the autism spectrum and the Ontario government with neither side gaining advantage.  In the meantime the therapy service providers are laying off their staff and going under.  Families are left high and dry without treatment for their children and no clue as to what to do next.

Seven months after the Ford government came to power, things started heating up.  Lisa MacLeod as Minister of Children, Community and Social Services was designated to bulldoze the existing Ontario Autism Program and then pull a ‘bait and switch’ policy on the families that depended on it. The funding formula for the new program included age caps, lifetime caps and income testing.  The government was offering less money to families while reducing the number of treatment hours and putting the burden of therapy cost squarely on the backs of families.  Parents roared their disapproval in the snow outside Queen’s Park.  Professional organizations expressed serious misgivings.   A six pack of moms began sitting daily in the visitors’ gallery, glaring down at the government benches during question period.

By April, the government showed signs of backing down.  Renewed consultations were announced. ‘Enhancements’ of additional funding to enable timely diagnoses were promised.  MPP Roman Baber was appointed to review the mess and, in June, the cabinet was shuffled putting the new ministerial face of Todd Smith in front of the autism portfolio.  An expert advisory panel was convened. Parents set aside the pitchforks and waited.  In its first year in office, the Ford government predictably bungled the file.

Ford ripped the rug out from under the treatment centres. The flow of funding to the province’s non-profit direct service providers has effectively stopped.  Under the province’s revised plan, parents are not allotted enough money to cover full time therapy for their autistic children.   The actual cost for one year of full time therapy is in excess of $80,000. The government’s promised stipend of $20,000 per year for kids between the ages of two and five will only pay for about three and a half months of full time treatment.  The pittance of $5,000 per year for kids age six and over will last about three weeks.   But most families have not even received that promised money. 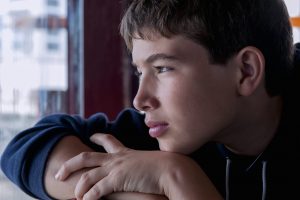 Child and Community Resources is a nonprofit therapy service provider in Northern Ontario that up until recently treated 700 to 800 children serving families from North Bay, Sudbury, Thunder Bay, Algoma and Kenora. Now treating only 100 children – they’ve laid off 90 full time staff.  Parents with their meager grants cannot cover the cost of full time therapy – unless they’ve got a house to sell.  Part-time treatment programs financed by fee paying families are impractical in the northern communities.   Erin Oaks for Kids Centre serving Peel, Halton and Dufferin, the province’s largest children’s treatment centre, laid off 300 full time staff this summer.  These large ABA therapy providers are two of many that cannot keep going until April 1st 2020 when the new Ontario Autism Program is slated to be rolled out.

There was no government support for autism therapy in Ontario until 1998. The only service providers were private practitioners.  Between 1998 and 2001 the first three non-profit ABA direct service centres came into existence and were inundated with autistic children immediately.  The waitlists grew up along-side the emergence of treatment centres.   In 1999 the Ontario government introduced grants to finance therapy for children from age two to five.  The money was funneled directly to the non-profit agencies delivering ABA treatment by fully qualified therapists.  It was clear from the start that the need for ABA therapy by far outstripped the capacity for delivery.

It didn’t take long before the age 6 cutoff was being challenged.  By 2003 there were 145 complaints before the Ontario Human Rights Commission.  Many children had not even received a diagnosis before they turned six or had aged out on the wait lists. A small group of well-organized parents who had done their homework spearheaded protests across several Ontario communities.  By 2006, the Ontario government lifted the age 6 cutoff.

The Ontario Autism Program developed in a precarious, piecemeal fashion.  In 2005, six community colleges created an Ontario Graduate Certificate in Autism and Behavioural Science to address the scarcity of qualified therapists.  All the while political pressure from parents intensified.  Enter Facebook.

A Force to be Reckoned With

The bean counters kept a nervous eye on the Ontario Autism Program.  By 2016 there were 8, 572 kids receiving service and 13,966 kids on waitlists.   Service was not keeping pace with need. The actual cost for treating one severely autistic child is considerable. The government reintroduced the age cutoff. This time it was age five. The parental backlash exploded.

Before social media arrived, parents with kids on the spectrum floundered in murky isolation. A single mom struggling alone in Hastings county had no idea how the Ontario Autism Program functioned, what funding entitlements were hers by right or where she could get help for her child. She combed the internet and found the activist website and Facebook pages. Connecting with other parents she learned the answers to questions she’d been seeking and more important she saw she was not alone.

In the 10 years between the two attempts by the province to use age caps to restrict the delivery of ABA therapy, parents met one another on social media.  Bewildered and desperate young moms seeing the red flags in their toddlers mingled with battle hardened parents who had faced down school principals, fought with district service providers, demanded funding they were entitled to, endured the ignorance of family members and neighbours, and worried incessantly about their children’s futures. Picnics, barbeques and play dates sprang up.  In these social get-togethers, parents relaxed a little and exchanged stories. Experienced, politically savvy parents held informal information sessions for immigrant families explaining the steps required to find help for their kids.

It began with a concerted e-mail and letter writing campaign directed at decision makers.  Parents see clearly that evidence-based therapy, known to be effective exists but is being withheld.  The provincial government sponsors only ABA therapy but not enough to go around.  Public schools lack staff with the necessary training and small classes to accommodate their children’s needs.  Letters led to personal visits to M.P.P.s to tell their stories.  If the politician refused to meet with them, they picketed the constituency office. Bolder parents got meetings with cabinet ministers and held press conferences afterwards. They wormed their way onto advisory panels and consulting forums.  If there was a town hall anywhere, they were at the microphone.  They researched and produced their own reports. They courted the media.  A well-informed, relentless, demoralized rabble of desperate parents with nothing to lose is sending out a clear message. It calls for:

It is not fair to expect teachers to be able to work with special needs children without adequate training or support. Teachers are not therapists and therapists are not teachers but they can work together as respected colleagues. All school boards should hire BCBAs (Board Certified Behavior Analysts) to work directly with teachers, students and education workers.  Hire more E.A.s (Education Assistants) and offer them RBT (Registered Behavior Technician) training.

There are approximately 40,000 children with ASD in Ontario; 24,000 of them are on the waitlist.  There are only 866 BCBAs in Ontario- not all of them practicing in the autism field.  No one knows the number of autistic adults; many have never been diagnosed. Parents worry about their children’s adulthood: “What will happen to my child when I’m old?  Who will care for him when I die?”  Childhood is brief.  While a penurious government drags its feet, its few supporting agencies are collapsing. Time is ticking. 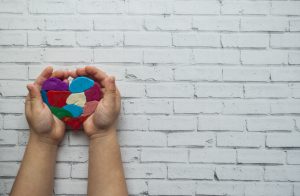