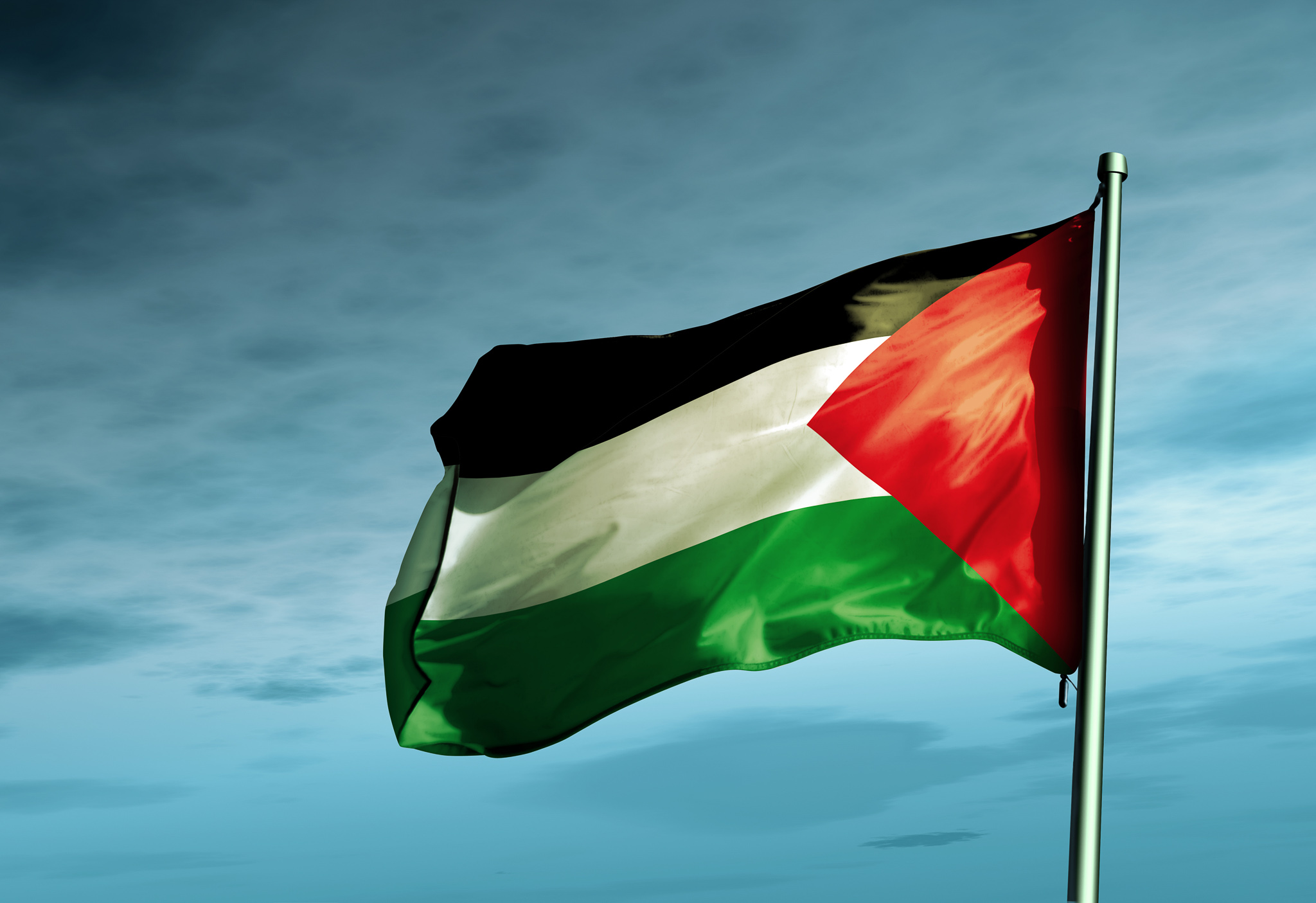 As we publish the piece below from rethinking schools, 192 Palestinian citizens including 58 children have been killed in Israeli strikes since May 9. Ten Israelis, including 2 children have died in the latest – possibly worst – violence since 2014. The story is as familiar as it is disproportionate: eviction of Palestinians from their homes in Jerusalem, the clearing of Al-Aqsa mosque by Israeli soldiers and police. Hamas rocket fire returned by massive Israeli airstrikes on Gaza with the destruction of buildings, homes and lives. In true imperial fashion, Israeli Prime Minister, Benjamin Netanyahu wants to “levy a heavy price” from Hamas’s Gaza leaders. But we all know that price will be paid by parents and children. This article was as published in the Spring of 2016 and is reprinted here with permission from rethinking schools

They are targeting our children. They know our children are the future of Palestine,” a mother and community activist told Rethinking Schools editor Jody Sokolower. In this Palestinian woman’s East Jerusalem neighborhood, dozens of children have been arrested from their beds at 4 in the morning, cuffed and blindfolded, and taken for lengthy interrogations. One 5-year-old was arrested and detained because he rushed to his mother’s defense in their own house. After the children return home, they are often on house arrest for months. Many of these children show the effects of trauma: bedwetting, nightmares, depression. As a result of their incarceration and house arrest, they lose valuable time at school, and many drop out as a result.

This is just one example of the impact of Israel’s occupation of Palestine, but it’s one that moved us deeply. When the United States was about to invade Afghanistan and again in the lead-up to the war against Iraq, Rethinking Schools argued that these were situations of such magnitude that educators had a moral and an educational responsibility to speak out. We think that Palestine is just such a situation. We’ve had long discussions about what that means for us as educators. One important piece of that responsibility, we believe, is joining the movement to boycott, divest from, and sanction Israel (BDS) for its denial of human rights to Palestinians.

The BDS movement was launched in 2005, with a call from 170 Palestinian civil organizations, including teacher and other unions, medical associations, and religious and humanitarian organizations. Appalled at the separation wall Israel was building through occupied Palestine and frustrated by the inability of the United Nations to hold Israel accountable for violating dozens of resolutions upholding Palestinian human rights, they called for an international movement to boycott, divest from, and sanction Israel. They were influenced by South African leaders like Desmond Tutu and Nelson Mandela, who described the similarity of Palestinian life under Israeli occupation to their lives under South African apartheid, and by the positive impact of the international movement to expose and isolate that regime.

In the beginning, the idea that individuals, organizations, and governments around the world would understand the role of Israel toward Palestinians as a colonial occupation seemed far-fetched. But just as the movement to isolate South Africa grew slowly from a small base, the BDS movement has gradually expanded and become part of an international sea change in understanding the role of Israel and the situation of the Palestinians. Israel’s cyclical violent assaults on the besieged people of Gaza have horrified people around the world. So have images of the separation wall snaking through Palestinian lands, separating villagers from their olive fields and children from their schools. And, as the number of illegal Israeli settlers in occupied East Jerusalem and the West Bank has climbed to more than 500,000, the country’s expansionist aims have become clearer.

Meanwhile, organizing by Jews who support Palestinian human rights, individually and through organizations like Jewish Voice for Peace and the International Jewish Anti-Zionist Network, rebuts claims that criticism of Israel is anti-Semitic. (Zionism, which began in the late 19th century as a movement for the establishment of a Jewish state in Palestine, today means the support of Israel as a Jewish state—and often its expansion to East Jerusalem, Gaza, and the West Bank as well.)

In the past few years, the movement to pressure Israel through boycotts, divestment, and sanctions has grown in the United States, particularly in church organizations and on college campuses. The Presbyterian Church U.S.A. voted to divest from Caterpillar, Hewlett-Packard, and Motorola because of their role in the occupation; the United Church of Christ and the Mennonites also voted for divestment. UAW 2865, representing thousands of teaching assistants and other workers for the entire University of California system, and the system’s statewide Student Association voted to support BDS; divestment motions have passed at DePaul, Earlham, Loyola, Northwestern, Oglethorpe, Stanford, Wesleyan, and the University of New Mexico.

Within Rethinking Schools, a growing sense of responsibility for Palestine has been reinforced by editors’ personal experiences over many years. Bob Peterson, Linda Christensen, and Bill Bigelow were part of a delegation to Palestine/Israel back in 1989. They returned with stories about the impact of the occupation on children and young people—Israel had closed all K-12 schools and universities in retaliation for the first Palestinian Intifada (uprising). In Gaza, they spent time with children who were terrorized by a dusk-to-dawn, shoot-to-kill curfew and regular Israeli armed attacks on Palestinian schools. A few years ago, Jesse Hagopian participated in an African heritage trip to Palestine sponsored by Interfaith Peace-Builders. Veterans of the Civil Rights Movement on that trip spoke about experiencing post-traumatic stress from the similarities to what they had lived through in the Jim Crow South. According to Jesse, “To hear from the older activists that life for Palestinians under Israeli control was more oppressive than Jim Crow—that was life-changing.”

Jody Sokolower spent two weeks in East Jerusalem last year, interviewing Palestinian children, their parents, and community activists. “I wanted to focus on the impact on children and education,” she says, “so I looked at the Silwan neighborhood, where residents experience daily house demolitions, evictions, more and more Israeli settlers (many from Brooklyn), constant arrests, and lack of basic services. Children suffer the worst. I didn’t meet a boy over the age of 8 who hadn’t been arrested at least once. And I met a teenage girl who didn’t speak for a year after her family’s home was demolished before her eyes.”

A few months ago, RS editor Adam Sanchez asked Palestinian American scholar/activist Ali Abunimah, author of The Battle for Justice in Palestine: “K-12 teachers have so much else to worry about. Why should we support the BDS movement?”

After describing the impact of the occupation on Palestinian children and their education, Abunimah explained: “I don’t want to say what people should and shouldn’t do, but the United States is directly implicated in what’s happening in Palestine. It’s directly complicit in the occupation. It arms and funds occupation, it arms and funds Israeli apartheid and settler colonialism. The impact on Palestinian society has been catastrophic. And there’s no doubt that U.S. support for Israel has been driving much of the conflict and extremism we see in the region.”

Abunimah published an article last March about American Federation of Teachers President Randi Weingarten’s speeches and public statements in opposition to BDS. “So,” he concluded, “I think teachers have to get involved because they already are. For teachers whose unions are part of the AFT, their name is being used to support unjust policies. They have to decide whether they’re going to take that in silence or speak up for justice.”

But what would solidarity with Palestine look like for K-12 teachers and schools? For us, education activism starts with content in the classroom. Samia Shoman’s article on teaching the history of 1948 – “Independence or Catastrophe? Teaching Palestine Through Multiple Perspectives,” summer 2014), Katharine Samway’s article on books about Palestinian lives appropriate for K-8 readers (winter 2012-13), and Ken Gadbow’s article on connecting U.S. and Palestinian students via videoconferencing “Portland to Palestine,” (winter 09-10) are examples of places to start. But we need more teaching, more curriculum, more articles that delve into the history and politics of Israel-Palestine. And we need to build networks of teachers to defend those who may be attacked for teaching Palestinian perspectives.

But we also want to encourage K-12 teachers and education activists to participate directly in the BDS movement. As teachers and teacher educators, we have pension funds, many of which are invested in corporations that contribute to and/or profit from the repression of Palestinian people. Progressive unions around the world, including the British National Union of Teachers, the Connecticut branch of the AFL-CIO, and the Quebec Confederation of National Trade Unions, have endorsed BDS and made it part of an overall commitment to responsible investment. This seems like an important time for teacher unions in the United States to take a similar stance.

Some people say that now, when public education is under such sharp attack, raising solidarity with Palestine will divide and weaken our movement. Martin Luther King Jr. faced similar criticisms when he spoke out against the war in Vietnam. He responded famously, “Injustice anywhere is a threat to justice everywhere.” Like King, we believe that when we take principled stands and connect issues, we build a stronger movement.

An example of how international solidarity can strengthen movements emerged from Black Lives Matter during the demonstrations in Ferguson, Missouri, over the police killing of Michael Brown in August 2014. When news reports revealed that the tear gas canisters used by police to disband protests in Ferguson were the same as those used by Israeli soldiers in Palestine—and Palestinians tweeted advice to demonstrators in Missouri—it was an impetus to build bridges, exchange visits, and make commitments. As the Black Solidarity Statement with Palestine says:

Out of the terror directed against us—from numerous attacks on Black life to Israel’s brutal war on Gaza and chokehold on the West Bank—strengthened resilience and joint struggle have emerged between our movements. . . . We urge people of conscience to recognize the struggle for Palestinian liberation as a key matter of our time.