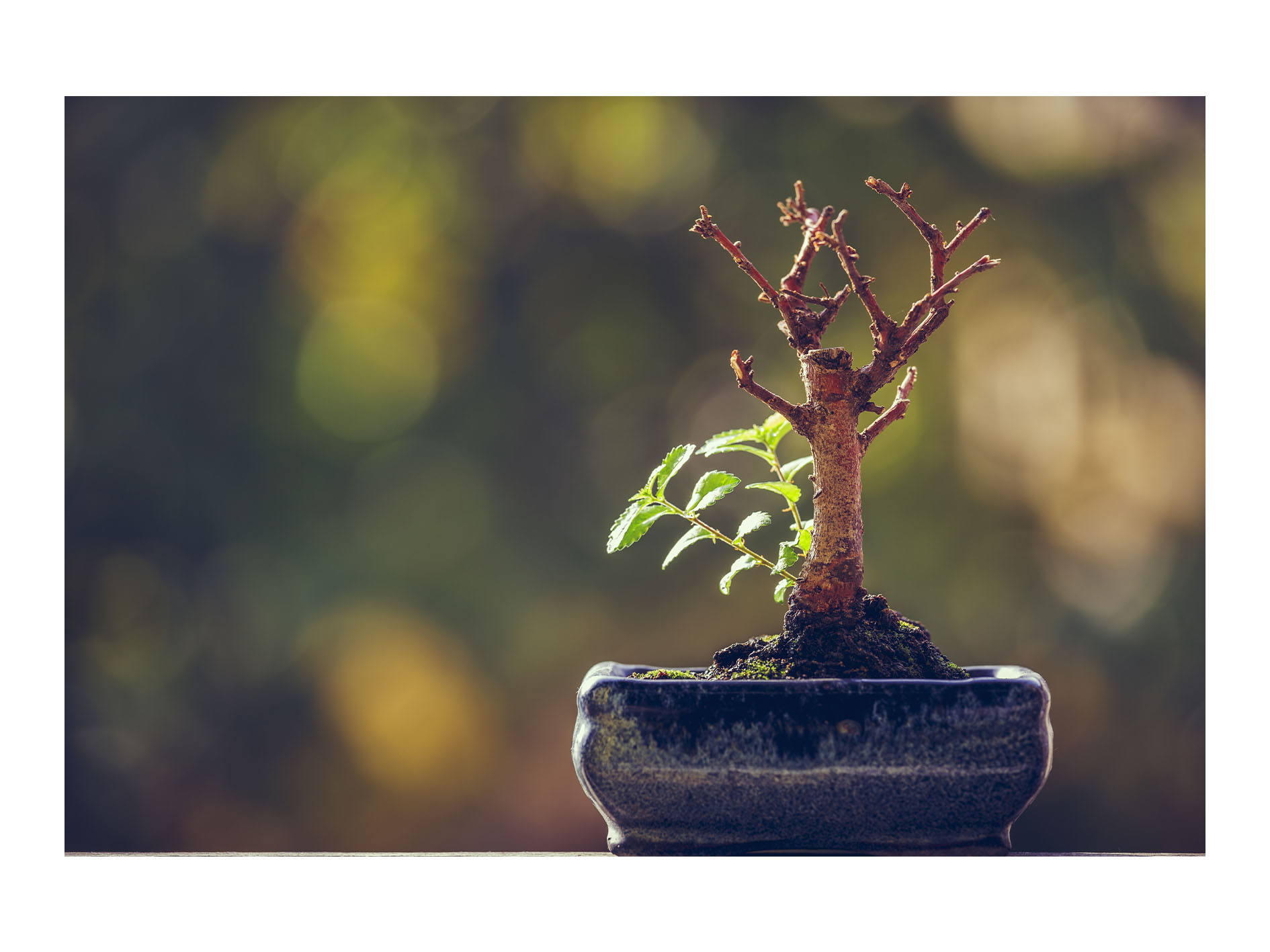 On March 15, the Ford government announced what is projected to be over $851 million dollars in cuts to Ontario’s education budget over a period of four years. These cuts could entail a loss of approximately 10 000 teaching positions, not including the loss of countless support staff. Ontario’s students, parents, teachers and other allies have come out in full force to protest these proposed changes. On April 4, 150 000 students walked out of their classes in what has become Canada’s largest student protest to date. This was followed by a rally of over 20 000 people gathering in front of Queens Park on April 6.

Clearly, the province’s consultations in its “biggest consultation ever” last Fall do not represent the sentiments of those that are most affected by these changes. But this is nothing new.

In 1997, the Harris government had already cut $1 billion from education and it was ready to slice another $667 million from the  budget. Ontario’s teacher unions staged one of the largest strikes in North American history. One hundred and twenty-six thousand educators initiated a two week strike that involved all of the major teacher unions and almost every school board in the province. Although this strike quickly gained public support and the backing of students, parents and the media, the Harris government refused to capitulate.

Twenty-two years later, we are still reeling from the effects of these cuts. So what can we do differently this time around? Clearly, we cannot simply replicate old strategies. Symbolic gestures such as wearing red or black, and calling our MPPs to beg for mercy will just not cut it.

We need to think creatively and act forcefully if we are to have any chance of success in confronting these cuts.

We wholeheartedly support our fellow teachers’ efforts to oppose these attacks. But we need to go far beyond obsessing about Doug Ford and simply defending the status quo of our current education system.

Mainstream critiques of these cuts have focused on Ford, as an individual, instead of the ongoing issues that our has public education system has faced for decades under previous PC, Liberal and NDP governments. Even if Ford loses the next provincial election in 2022, these problems in education will not automatically disappear.

Ontario’s education system is often heralded as one of the best in the world. However, the Ford government’s cuts and changes to education are not just creating new issues, they are  exacerbating an existing crisis that has been overlooked for far too long. The problems with funding, centralization of curriculum, assessment and policy go back decades.

The provincial government’s plan as it says, to “modernize classrooms” will negatively affect all students in the province. However, these changes will have a particularly devastating impact on the most marginalized students – namely, working-class Black, brown and indigenous students, and students with special needs. These students already experience the highest levels of disengagement, absenteeism, mental health issues and failure rates in the province.

For example, Black students are more likely to experience harsher discipline than their white peers. According to a report from the Ontario Alliance of Black School Educators (ONABSE) ‘Black Student Achievement Fact Sheet’,   second generation Black students in the TDSB are two times more likely, than their white peers, to be suspended at least once during their time in high school. This has a direct impact on Black students’ confidence, self-esteem and ability to realize their potential.

According to a 2016 report by the Peel District School Board, Black students have indicated that many teachers are afraid to approach or confront them when they are disruptive in class or loud in hallways, instead choosing to send these students to the office for minor disciplinary issues. Put bluntly, what we have is a public school system that does not represent or understand Black students.

In a class of forty students or more, the ability of teachers to respond effectively to routine issues in the classroom will be untenable. Classroom management will be a nightmare, and the disproportionate discipline that Black students already experience will be further aggravated when class sizes increase.

Education Minister, Lisa Thompson, claims that increasing high school class sizes will build “resiliency”. But we know that the opposite is true.

Of course, students need to be prepared to navigate the tough world of post-secondary education and the competitive job market after they graduate. However, this will not happen by simply throwing our youth into the deep end and letting them fend for themselves.

We need to prepare them for the real world by building strong and meaningful relationships, providing greater individualized attention, and cultivating their unique skills and abilities. Reducing supports and increasing class sizes only makes it more difficult to give students the tools they need to be resilient.

If we are unwilling to accept the province’s proposed changes, what we need now, more than ever, is a radical re-imagination of what a just education system might look like. We need to build resiliency in our fight against the Ford government’s attack on our public education system. This will come down to thinking about schools as community hubs, making curriculum more relevant to students who live in those communities, and engaging parents in evaluating the needs of their neighbourhoods and considering what role schools can play in addressing them.

We know that our most marginalized students are falling through the cracks. We know that our school buildings are literally falling apart from disrepair. And we know that special education classes are woefully short staffed and educational assistants and teachers are overworked.

Instead of resigning ourselves to the supposed inevitability of ‘dark days ahead’ we need to realize that these cuts actually provide an opportunity to re-imagine our public education system. 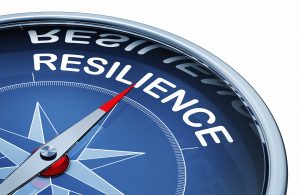 Teachers need to believe in themselves

On a daily basis, teachers provide students with the necessary tools, information, and resources to imagine limitless futures. But it seems that we are unable to apply this logic to ourselves. We become so paralyzed by our own self-doubt that we lack the confidence to actually realize our own potential. If anyone knows what schools need as far as curriculum, pedagogy, and repairs are concerned, it is the educators who work in them. Just as they have been doing in Los Angeles and Chicago, teachers need to lead the fight to make schools a site for social and political transformation.

Instead of despairing, teachers must assume a pedagogy of radical hope and action – one that involves teaching to provoke, transform and inspire. We can start by offering a model of what a fierce opposition to injustice might look like.

Progressive teachers must unite and organize against Ford’s cuts by creating meaningful connections with youth, parents and community organizations. Teachers and students need to unite their efforts at every possible moment. Our students are more than capable of taking leadership and playing a central role in this process.

If teachers are serious about the welfare of our students and the future of public education in Ontario, we cannot allow our union to go to battle for us alone. We need to reclaim our power from Queens Park and from our unions. In the face of these massive cuts to education, the position of our union means that we can only fight for maintaining the status quo, at best. Our schools have suffered years of neglect from successive governments and our students deserve better than a defence and maintenance of these deplorable conditions. We can certainly pressure our unions to take a more assertive and confrontational stance, but this too, will require collective effort and a higher level of organization among progressive teachers.  We cannot wait around for the next provincial election or the next union vote to make our stand.

We must be willing to have honest conversations with parents about the existing failures of our education system, and take responsibility for our part in these failures. We need to ensure that parents understand exactly how larger class sizes and other changes will negatively affect their children and their communities. In order to strengthen our position in a potential strike situation, we need to have parents and students on board.

Let’s not wait until the bargaining process fails and striking is our only option. Let’s not wait until our backs are up against the wall when we face back to work legislation. Let’s work with students, parents, and communities right now to build a strong opposition to these assaults on our public education system and prepare for the worst case scenario. Any strike without this effort will be a failure.

We must do the hard work of building an independent movement – one that outlives this particular moment in education. We need to build a movement that does not only act during crises, but one that is organized and prepared to face any government that attacks our public education system. We owe this much to our students. 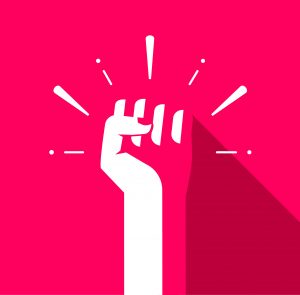 Salima Kassam and Shafiqullah Aziz, are two high school teachers who work with marginalized students in Ontario. Salima works with ‘at-risk’ students at an alternative school in Scarborough. She also has a M.Ed. in Social Justice Education and has previous experience working in self-contained classes with developmentally delayed students. Shafiqullah is a secondary History and Special Education teacher in the Durham District School Board. He has extensive experience working with marginalized youth in classrooms and community settings