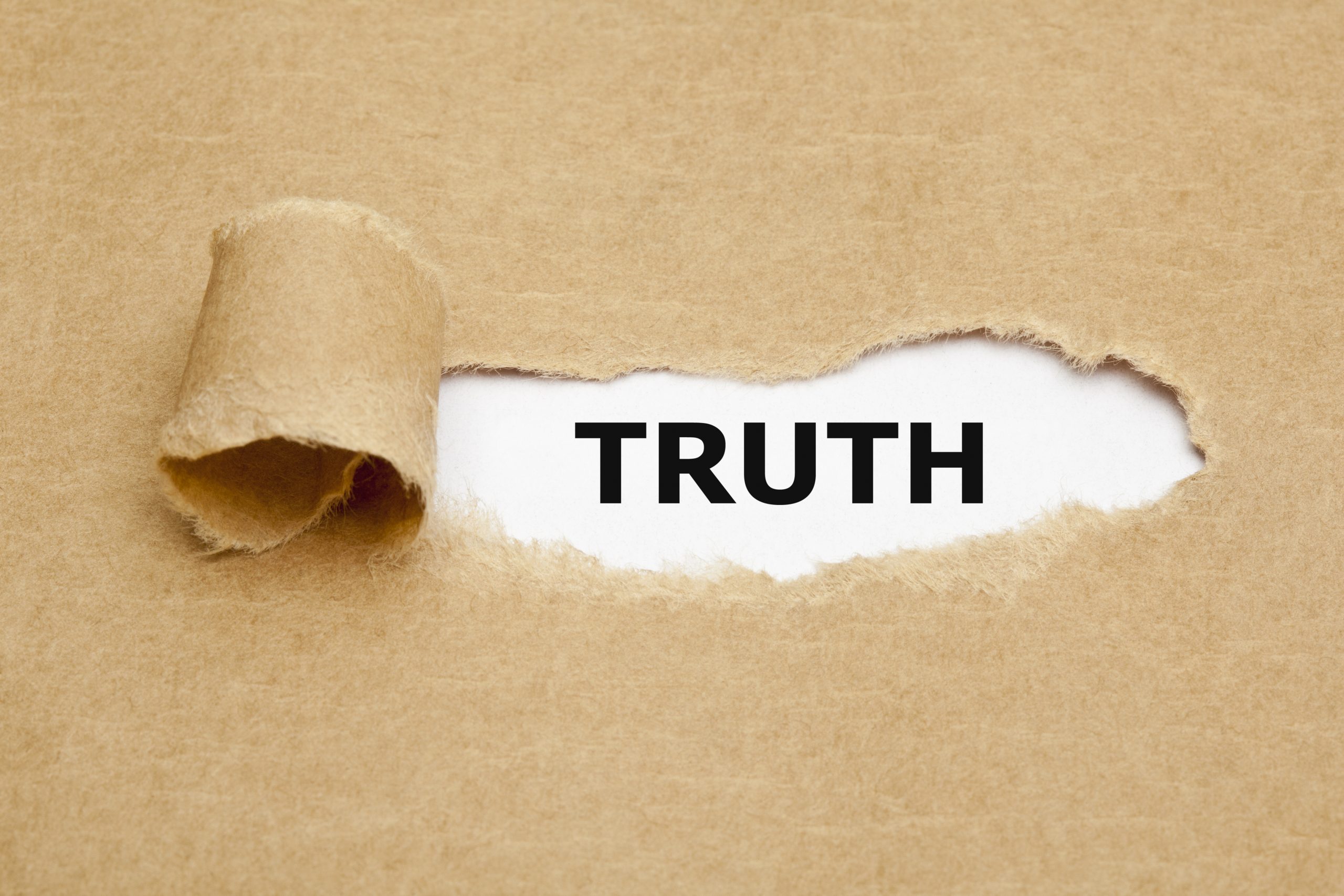 Our thanks to the editors of rethinking schools for allowing us to publish this article. You can read more from them by simply clicking here.

As of the middle of August, more than two dozen states have introduced — and 11 states have enacted — bills or rules to restrict the teaching of history and contemporary social realities. Right-wing activists have mounted similar attacks at school board meetings throughout the country. This stunning barrage of legislation and policies aims to ban teaching critical race theory (CRT), and supposedly “divisive topics” in the curriculum.

But the real target is the truth.

The anti-CRT campaign echoes the Big Lie that Trump won the election. It is the curricular counterpart to the wave of voter suppression laws promoted by the same far-right political forces that have tried to rewrite the history of the 2020 election and cover up the attempted coup on Jan. 6. Although the particular framing of these laws and penalties varies across states, they are all part of a coordinated campaign of repression meant to enforce a single emphatic message to educators: Shut up or else. The Republican sponsors of these measures fear that in the wake of last summer’s massive Black Lives Matter protests, the anti-racist debates and discussions that have permeated society are seeping into the classroom. With scary buzzwords and misleading framing, both right-wing and corporate media have amplified and spread the perception that classroom teachers are poisoning the minds of children, inviting a wave of harassment against them.

Some provisions of these laws are so sweeping one can imagine teachers finding it virtually impossible to follow the law even if they wanted to. In Tennessee, teachers are prohibited from even including any material in the curriculum that promotes “division between, or resentment of, a race, sex, religion, creed, nonviolent political affiliation, social class, or class of people.” This law would make it impossible to teach Thomas Jefferson’s letter proposing colonization of formerly enslaved people outside the United States or Andrew Jackson’s justification of the Indian Removal Act or Franklin Roosevelt’s “second bill of rights” speech. The penalties for violating these teaching bans range from fines levied against individual teachers and revocation of their teaching licenses, to withholding state funding and rescinding accreditation of school districts, to the threat of lawsuits by parents.

A City Journal article by Christopher Rufo (the architect of the current right-wing culture war against critical race theory) placed the blame for more than 100 consecutive days of Black Lives Matter protests in Portland, Oregon, at the feet of the city’s schoolteachers, naming several individuals and inciting a doxing campaign against them. After the Zinn Education Project (coordinated by Rethinking Schools and Teaching for Change) invited educators across the country to “pledge to teach the truth” (“We, the undersigned educators, refuse to lie to young people about U.S. history and current events”), the right-wing website The Daily Wire published the names of the roughly 5,000 educators who signed the pledge, and organized this hit list by state and community. Since then, we have heard from dozens of teachers who have received hate mail, online harassment, complaints to their administrators, and calls for their dismissal. A longtime teacher in Tennessee was fired in June after teaching two lessons about racism: a Ta-Nehisi Coates essay and Kyla Jenee Lacey’s spoken word poem “White Privilege.” We fear and expect that he will not be the last casualty of this war on anti-racist teaching.

Educators have a duty to teach young people uncomfortable truths about the past and present, including the 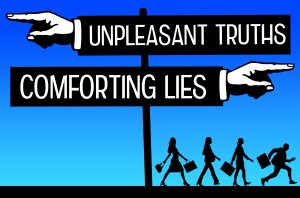 histories, legacies, and current manifestations of systemic oppression. But the Right gets it backward when they paint educators as agents of indoctrination. The demand that our classrooms become sites of discussion and inquiry about racism, sexism, and the long struggle for freedom does not come from the top down. Anyone who has spent time with young people knows that interest is organic, urgent, and comes from students themselves. Young people are not blank slates; they live in the real world. They see the viral videos of the murder of Black people and the anti-Asian racism and violence that escalated in sickening relationship to the pandemic. They see the segregation in their own schools. They see how COVID infections have disproportionately decimated Black and Brown communities. They see these “savage inequalities” in every corner of their daily lives, and they want to know “Why is it like this? How did we get here?”

Implicit in young people’s hunger for explanations is dissatisfaction with the status quo and a desire for change. The Republican policymakers behind this spate of bills no doubt know what polls have revealed since 2004: Young people aren’t voting for them. On climate change, young people want robust and immediate action by the government; to combat economic insecurity, they want increased taxation of the wealthy, college debt relief, and affordable health care; they see the increasing racial diversity of the United States as good, and cite racial justice as a worthy goal. The party of Trump does not provide a single credible policy to address any of their most pressing concerns. By pointing the finger at K–12 education, conservatives avoid the cause of their own unpopularity — a free market, serve-the-rich political project.

Of course, these latest efforts to criminalize teachers go hand in hand with the wave of voter suppression bills that have swept the country. Indeed, in many places, Republican legislators are introducing “anti-CRT” bills alongside efforts to restrict the vote. Their reasoning seems to be “If they don’t like our policies, let’s take away their vote. If they don’t like our ideas, let’s take away their education.”

Educators should reject this authoritarian logic and continue to use our classrooms to promote democracy. We have an ethical responsibility to answer students’ questions — and to raise additional ones — about the world they’re inheriting. Students deserve facts, not fables. From the Underground Railroad to lunch counter desegregation sit-ins to Vietnam draft resistance, there is a long and storied history in the United States of everyday people defying unjust laws. By requiring educators to lie to students through omission, euphemism, and sanitized accounts of the past and present, these bills are anti-education laws as surely as those that once made it illegal for enslaved people to learn to read. They are an attempt to hide this nation’s racist past to more freely pursue a racist future. Wherever possible, educators should challenge them and, if necessary, defy them.

One obvious site of defiance will be our classrooms. One need only scan the table of contents of any recent issue of Rethinking Schools to find the kind of teaching and curriculum that would be off-limits under many of these bills: “Shape-Shifting Segregation Policies: Using Mexican American School Segregation to Discuss Structural Racism” (Winter 2020–21), “Tulsa and the Fight for Reparations” (Spring 2021), “Teaching the Radical Rosa Parks” (Fall 2020). We must continue to teach for justice by helping our students see injustice, imagine possible remedies, and develop the tools to enact them. These laws are history unfolding, and they too belong in lesson plans, for students to analyze and judge, as with any other current event of national significance. If our curriculum is silent about this contemporary struggle over what we teach in school, we rob our students of a critical lesson about the politics of knowledge and education.

Another way we can challenge these attacks is to commit to collective organizing and resistance. When one is the victim of hateful social media posts, the recipient of a vile anonymous email, or the subject of a baseless parent complaint, it can be easy to retreat into individualism, to seek the shortest path to eliminate the headache. But these attacks are part of a coordinated campaign and our response needs to be equally coordinated. We encourage educators to work through their unions to track attacks on teachers — as well as through their professional organizations like the National Council for the Social Studies and the National Council of Teachers of English. Our organizations need to offer concrete support to those who are targeted, provide political education to members about their rights, and powerfully defend teachers’ ethical responsibility to teach the truth.

Both the National Education Association and the American Federation of Teachers have made important statements critical of the legislative attacks on racial justice teaching. AFT President Randi Weingarten denounced “culture warriors” who “are bullying teachers and trying to stop us from teaching students accurate history.” In July she said, “Mark my words: Our union will defend any member who gets in trouble for teaching honest history.” And at the NEA’s Representative Assembly this summer, delegates affirmed the union’s support for racial justice teaching and indicated that the NEA will “Join with Black Lives Matter at School and the Zinn Education Project to call for a rally this year on October 14 — George Floyd’s birthday — as a national day of action to teach lessons about structural racism and oppression.”

We recognize how demoralizing, scary, and destructive these attacks can be, particularly for educators already vulnerable in any number of ways: teachers of color, LGBTQ educators, early-career educators, and those working in states without strong unions. Overt resistance may not always be possible. That is why educators cannot wage this campaign of resistance on our own. We need parents, students, community groups, civil rights organizations, labor unions, and elected officials to join us in our defense of teaching the truth by testifying at school board meetings and state department of education hearings, writing letters to the editor and op-eds, and advocating to unseat the elected officials across the country who are the architects of these attacks.

In 1964, James Baldwin delivered “A Talk to Teachers.” His opening paragraph, except for his references to the Soviet Union, could have been written today:

Let’s begin by saying that we are living through a very dangerous time. Everyone in this room is in one way or another aware of that. We are in a revolutionary situation, no matter how unpopular that word has become in this country. The society in which we live is desperately menaced, not by Khrushchev, but from within. To any citizen of this country who figures himself as responsible — and particularly those of you who deal with the minds and hearts of young people — must be prepared to “go for broke.” Or to put it another way, you must understand that in the attempt to correct so many generations of bad faith and cruelty, when it is operating not only in the classroom but in society, you will meet the most fantastic, the most brutal, and the most determined resistance. There is no point in pretending that this won’t happen.

We do not pretend that teaching for justice is easy or will not invite “the most determined resistance.” We affirm that it is critical and righteous work. And that by doing this work, we join an esteemed collective of educators, past and present, who went for broke teaching children that, to paraphrase Eduardo Galeano, tomorrow can be more than just another name for today.