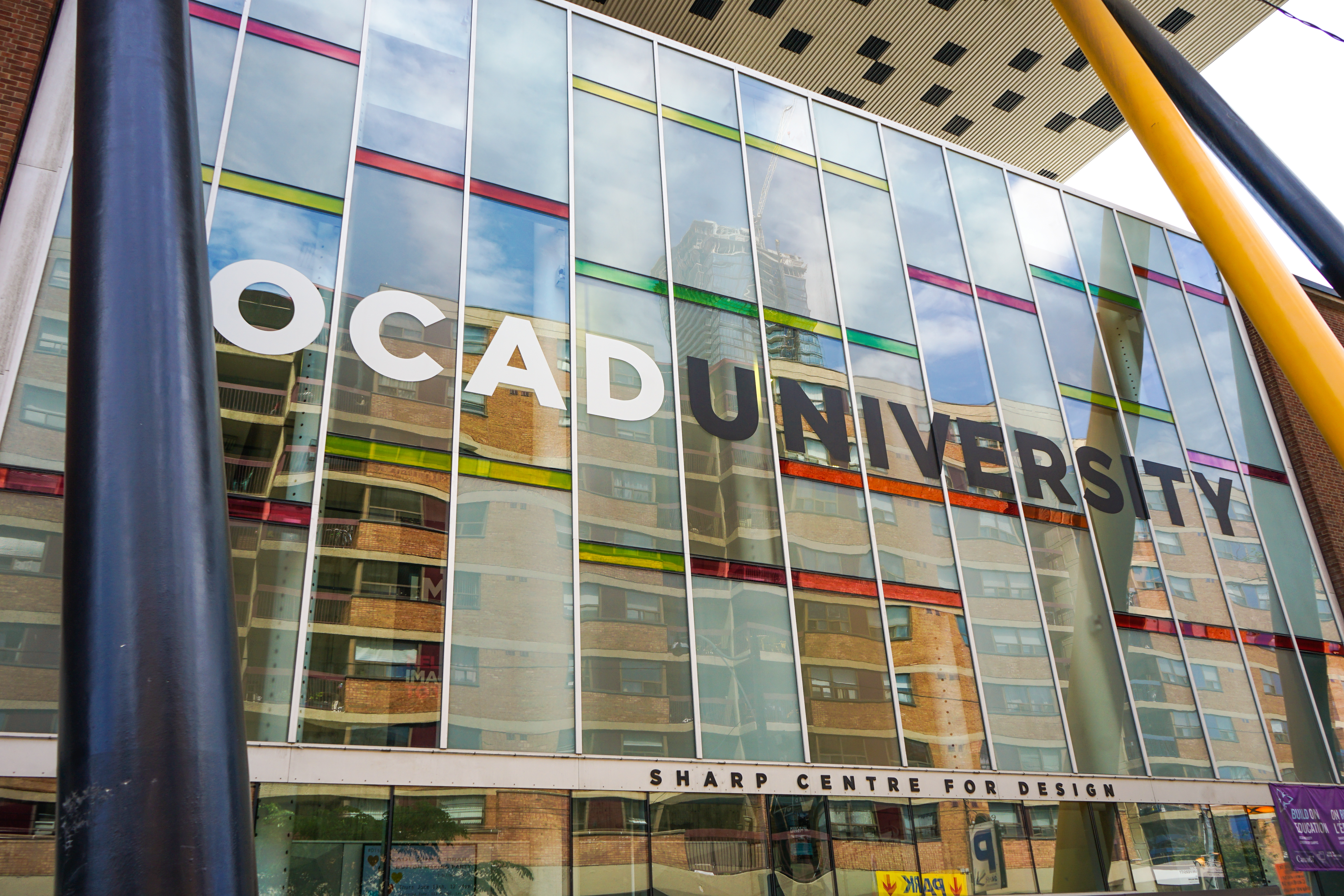 Do the Tories also hate art and design?

Here’s another example of the Ford government’s act first and think later approach to running the province.

On Friday, March 29, OCAD University, (Ontario College of Art and Design University) Canada’s oldest (established 1876) and largest art and design university received news that the Ford government had withdrawn $20m in provincial funding for its Creative City Campus. The “CCC” as it is called is a vertical addition to the old OCAD building, to create additional space for students. The Wynne government had  previously committed $27m for the capital project, and OCAD raised $33m from private donors and the Federal government. Seven million dollars had already been spent on planning, permits and contracts.

This $60m initiative has been in planning for more than a decade and would add approximately 50,000 square feet of new space and 95,000 square feet of renovated and repurposed space to the school, including an Indigenous Learning Centre. OCAD hired architects and held many information and feedback sessions with internal and external stakeholders (faculty, staff, students, First Nations groups and community members). Facilities closures had been planned to stage areas needed to be vacated/relocated for construction. That was supposed to  begin immediately after the school’s annual open house (GradEx), in early May. Closures have now started  – along with worries about how the reduction in budget will delay, transform or otherwise undermine the project.

In a letter to the University, deputy minister George Zegarac, from the Ministry of Training, Colleges and Universities, said “the province is no longer in a position to fund the project given provincial fiscal restraints.”

OCAD has significant space issues with overcrowded classrooms, too little research lab room, few student assembly and study areas, and a crowded prototyping and studio facilities for both the Art and Design disciplines. 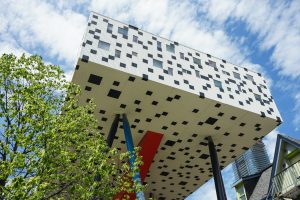 Aside from this infrastructure funding, the PC government has removed free tuition for low income post-secondary students and has reduced tuition by 10%, which will reduce University revenues, a critical source of funds that post-secondary institutions like OCAD count on for survival. One tactic the University is using is to increase the numbers of International students, who pay higher tuition. The government controls the tuition level of Canadian students. Much of the student population are commuters, as rent in downtown Toronto is unapproachable for many. Canadian resident tuition is cheap in relative terms to other costs. 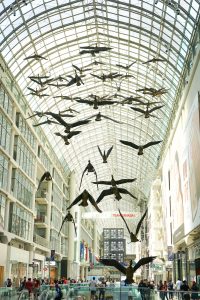 The seven current OCADU graduate programs provide professionals graduating with diverse Masters’ degrees in areas such as Design for Health and Wellness, Strategic Foresight and Innovation, Digital Futures, Inclusive Design, and Criticism and Curatorial Practice. Graduates actively participate in the educational, cultural and business affairs throughout Canada, and internationally.

The University’s Board of Governors is trying to convince the Ford government to reverse this decision. As we have seen in areas like autism services and municipal budgets, there are reversals if it suits the government. But this depends on pressure applied. In the meantime, donors to the University are setting up a donation challenge in order to try to make up for this huge loss. Trying to raise an additional $20m will be tricky given that many donors have already given generously.

The Ontario Provincial PC government apparently sees little value in culture and art, and values deficit reduction and corporate benefits instead. It misses the bigger picture.

Art and design are part of the water we swim in. If someone were to go to Paris, would she skip attending an art museum? When you think of mid-century modern, or IKEA, or Art Deco- does design come to mind? When you recognize a brand (think Nike, Coca Cola, Olympics)- you might ask: “who created that logo? Who developed the advertising for that retailer, restaurant, sports team or government?”  “Who are you wearing?” is the favourite fashion reporter question on the red carpet at the Oscars. He’s talking design. Open the editorial page in any newspaper or magazine and see what commentary a cartoonist can encapsulate with a pen and some ink…and talent developed as a young, educated illustrator. 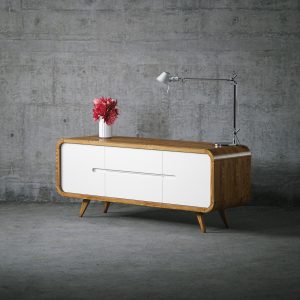 Petty and aggressive political tactics may attempt to ignore the penetration of design and art into our contemporary lives. The stronger we build our arts and design, the stronger we are represented internationally and historically, and the more identifiable we are to each other and the world. As a multicultural nation we are in an exciting time to develop culturally unique assets in design and art- we are becoming international players in both areas.

It is simplistic to think that the arts, and the education of future artists, designers and strategists is a matter to be put aside until the books are balanced – it indicates sheer ignorance of what we are as Canadians and people living in the twenty first century. OCAD University is educating for the future – a creative, prosperous and multifaceted future, which will, due to the speed of technological and social change, necessarily be able to nimbly embrace change and cultural evolution.  Its students deserve to have facilities that keep up with their needs.

Beverly Dywan is an instructor at OCAD University. She is sole proprietor of an Exhibit/ Experience Design company, Design in Three Dimensions, with client museums in Canada, the US and Hong Kong. Her current client focus is strategic planning for cultural institutions. She has asked us to note that this article expresses only her own opinions.