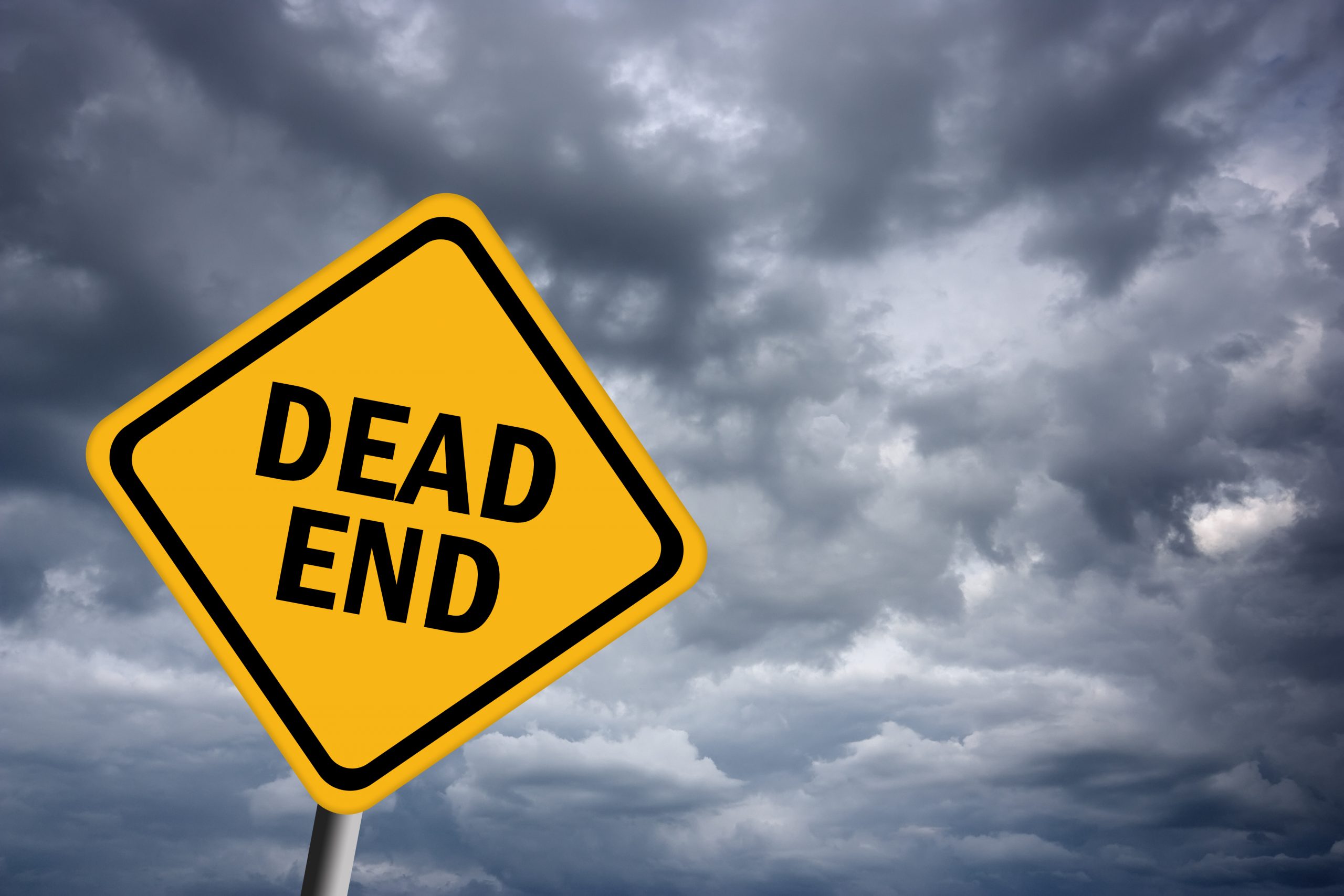 “First, what we are dealing with, at root and fundamentally, is anti-Black racism. While it obviously true that every visible minority community experiences the indignities and wounds of systemic discrimination throughout Southern Ontario, it is the Black community which is the focus. It is Blacks who are being shot, it is Black youth that is unemployed in successive numbers, it is Black students who are being inappropriately streamed in schools, it is Black kids who are disproportionately dropping out…Just as the soothing balm of ‘multiculturalism’ cannot mask racism, so racism cannot mask its primary target.” – Stephen Lewis 1992 Stephen Lewis Report on Race Relations

Note the date of Stephen Lewis’ remarks on systemic in Ontario. Nearly 30 years later, after a meltdown at the Peel District School Board, the provincial government finally sees fit to end streaming for grade 9 at least, ban suspensions for kids below grade 4 and do something to improve hiring and promotion of educators because children from different races “ do not see themselves reflected in their leaders” as  Education Minister, Stephen Lecce told the Star earlier this week. He called streaming a “systemic, racist, discriminatory practice.”

There’s no argument here about that opinion. As I said  in School back in May, there have been plenty of studies and reports over the years that call for fundamental change in the way we educate racialized and other students living at the margins of opportunity. Education in Ontario was developed historically, to slot people into the places deemed appropriate for them; it was set up for systemic racism and classism from the get-go.

So, there is nothing surprising about the fact that Black students in Peel are “grossly overrepresented” in suspensions  and steered towards Applied programs in secondary

school.While the Toronto District School Board (TDSB) began phasing out streaming a couple of years ago,  Black students who make up at 11 percent of the TDSB population accounted for 34.3 percent of the suspensions and expulsions in 2017-18. York University professor, Carl James wrote in a 2017 report that 53 percent of Black students in the GTA ended up in Academic programs compared to 81 percent of their White counterparts.

The point is, it should have been obvious to Ontario governments going back decades that there is a serious problem in the way schools and school systems educate Black, Indigenous and other children from different backgrounds. That the Ford government finally saw the merit in doing something about it is not cause for celebration. It’s cause for scrutiny.

There have been no details released about the plan; let’s look at Mr. Lecce’s announcement in light of his government’s history.

The Ford government set out on a run. One of the first steps it took was to end consultations with Indigenous educators on the best ways to present their cultures and histories. Since then it made massive funding cuts to school boards, including a fund to help out some of the neediest kids. It’s just finished increasing class sizes, so the very students who are to be de-streamed will face larger classes with fewer supports.  It has cut funds for childcare, children, communities and social services. Last summer it cancelled a plan for 800 units of affordable housing in the GTA and cut housing and rent support payments. In 2019, it initiated a plan to cut public health funding. It’s not just what Doug Ford has done to education in the province, it’s what he’s done to the families and neighbourhoods that send less fortunate kids to school.

For the last 18 months educators of all stripes, parents and community supporters have been fighting tooth and nail with this government over three things: increasing class sizes, cuts to b 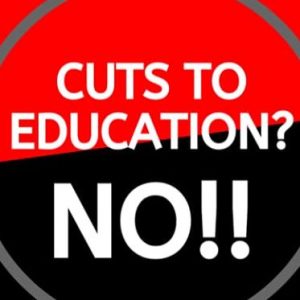 udgets and mandatory online learning. The Ford government started negotiating with education unions in public by making a purposefully ridiculous proclamation to force secondary students to take 4 online courses, increase average secondary class sizes from 22 to 28 and junior and middle school average class sizes from 23.8 to 24.5.  Facing a tremendous backlash, it shuffled its feet and kindly offered to back off a bit. With all the strikes and negotiations over, secondary students have to take 2 online courses and sit in classes where the average size will be 23. Their younger elementary friends will now be in classes with an average size of 24.5. The bottom line is that class sizes are larger and students have to take some online courses because that will help make education cheaper to deliver.

We still have to wait for the provincial budget to come down because it’s been delayed by the COVID pandemic. We don’t yet know what’s in store for further cuts to school boards.

Let’s not start popping the champagne corks  just yet.

Whatever plan Mr. Lecce presents later this week, it has to be based on talks with parents, community members, unions and educators at all levels if it is to be anything more than an “exercise in political optics” as Ontario Secondary School Teachers Federation (OSSTF), president Harvey Bischoff fears. He says there is no information about a timeline for this plan and there’s been no consultation about it with his union. He worries that if de-streaming is botched, it will end up “failing the kids who are already marginalized.”

A reflection of themselves

Of course, students need to see themselves reflected in their leaders, but will Mr. Lecce use this as a way to break into Regulation 274 which says that school boards must hire the 5 most qualified teacher applicants with the most seniority on the local occasional teachers’ list. The province wants school boards to have more leeway in hiring, and this is a major bone of contention between the unions on one hand and the school boards and Ministry, on the other. Also, what does he plan to do to about racist staff and trustees like Will Davies in Peel, who called students in one of his schools “McCriminals” and faced no penalty because he was using a “humorous slang term” according to the Peel DSB’s integrity commissioner.

While it has ended up being both racist and senseless to suspend primary school kids from school, just saying  “no, you can’t do that” isn’t enough. It may help Stephen Lecce look like he’s on the right side of history, but his government better be prepared to pour in some money to improve the situation. Over and over, teachers on the picket lines last winter said how unworkable it was to manage classes of 20 – 25 students when a couple of them, for whatever reason, might be prone to losing control, overturning desks, hitting staff and so on. It doesn’t help that special education classes have been cut over the years along with support staff from the local boards.

So what’s the plan? Mr. Lecce better be prepared to hire a lot of child and youth workers, social workers, psychologists, special education experts and others who can help to alleviate 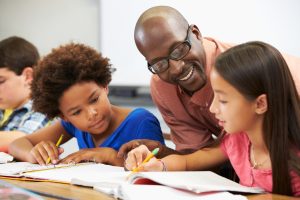 complicated problems with students that spill over to larger classrooms. He also better include an outline for progressive discipline that is supported by school communities and is clear to educators and administrators so staff members know what to do when children have problems. Right now, it’s not clear and staff are often afraid to act, fearing possible consequences. The result is  failures of common sense so dramatic that a 6 year-old in a Peel DSB school could be handcuffed by police.

“Morally, it’s the right move, but there’s no good intentions behind it.” This is secondary teacher Rick Beer explaining how much faith he has in an announcement about de-streaming just as secondary classes become larger. Where is the support, he asks? Is the Ministry willing to help kids with lower skill levels by placing them in smaller transition classes where they can get a more intensive program to help them catch up?

Colleague, Jason Kunin, says that he believes in de-streaming, but you can’t just wave a wand over grade 9 and suddenly make up for 10 years of acquired deficits in skills. Both argue that too much may have happened in a student’s career to be able to just place him or her in an academic class without a lot of support and additional resources. Mr. Kunin also wonders what will happen to class sizes for the students who are now in Applied programs. In his experience, those classes tend to have around 23 enrolled while Academic classes tend to have 29 or 30 students in them. So, are we looking at kids with a great need for help, turning up in larger classes where there’s less support?

English teacher, Melanie Willson agrees: “Streaming is a tool for systemic racism and perpetuating income equality,” but you can’t address that systemic racism by putting all students in the same class without reducing class sizes. Teachers just can’t tailor programs in large classes for grade 9 kids with reading skill levels anywhere from grade 4 to grade 10 and expect that they are all going to get the same quality of teaching. She says that students need independent reading programs, culturally relevant books and a lot of interaction with teachers to help pinpoint strengths to develop. They also need specific help with skills like understanding passages or writing.  She refers to a program called JETS now used by the TDSB to help kids get ready for Academic programs.

For de-streaming to have any chance of working, educators need to go right back to the beginning – to early elementary school. Students need, George Martell wrote, “quality schooling” , something that “brings together Indigenous and subordinate-class communities and teachers.” It ignores the distractions of Outcomes Based Education and provincial testing which he argued, only helps students on the margins of society stay there. Instead, “quality schooling” is highly interactive, with teachers given the time and freedom from hundreds of curriculum imperatives to do their job – picking out what’s meaningful for their students and helping them grasp it and move on. This means being able to spend time on teaching, to work with parents and to call on other teachers with specialized skills to help, when some students run into trouble with school. It’s a labour-intensive approach. 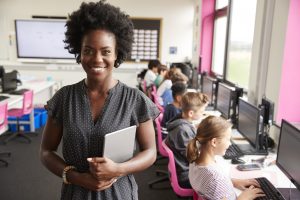 understand and change situations that aren’t working for kids. Recently, a group of parents from Queen Victoria Public School had to fight to get information about the success rates of Black students there. All they wanted to do was find out how they could help. It should have been something open to the  community to discuss. They should have been invited to participate in school planning. That didn’t happen.

Good luck to the Ford government. If it is  serious about getting rid of systemic racism in our schools, it  has a lot of work to do – a lot of discussion with educators and school communities. It also better have the will to create jobs, some lost in the COVID pandemic, that may be used to improve the quality of education. It can’t just proclaim an end to suspension of little children, more racially appropriate  staff and de-streaming. That won’t work. It will make people struggling for a chance at a more hopeful existence, more cynical about the motives of this government.