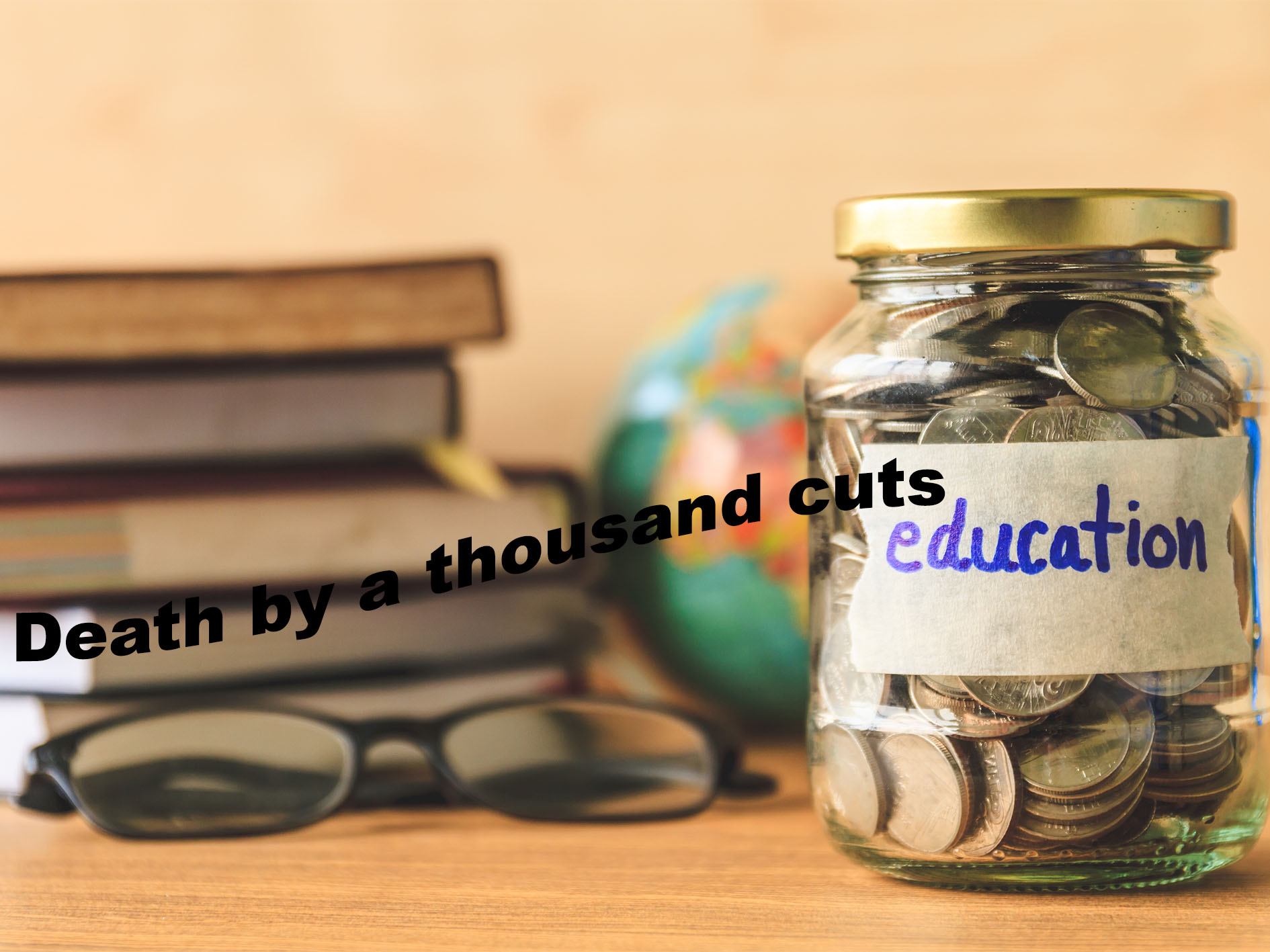 Education Program-Other cuts: what they mean to schools

School principal, David Crichton is trying to figure out what to do about summer school this year. His Toronto District School Board (TDSB) school is Rose Ave PS, a busy place right in the middle in St. Jamestown with its 22 apartment towers housing over 27 000 people. According to Rose Avenue’s website about 85 percent of its 650 students come from families in which English is the second language.

What about summer school next July? Mr. Crichton needs young people to supervise summer school kids on bus trips. Normally, that’s not a problem, but since the Ford government sprung a $25 million budget cut on school boards across the province, he’s not sure how he’s going to pay them. That money came out of the $400 million Education Program – Other (EP-O) grant. And while that doesn’t sound like much out of an education budget of about $24 billion, for cash-strapped schools, it can make the difference between running valuable programs and having to cancel them.

In Rose Avenue’s case, there is money for Summer School, but the supervisors for the buses are young people paid from and EP-O funded program called Focus on Youth, designed to give leadership experiences and a bit of pay to teenagers across the city.

How this affects other TDSB programs

The Ministry of Education cancelled that $263 200 grant among others, leaving 75 of these kids without jobs next summer. So, the question is – where does the money come from to pay the bus supervisors?

Ministry spokesperson Kayla Iafelice responded to School Magazine’s questions about the EP-O grants with a statement that the fund “has a long track record of wasteful spending, overspending and millions of dollars of unfunded commitments.” There was nothing offered to support that claim, but after a “thorough review” the Ministry decided to make the $25 million cut. Ms. Iafelice added that criteria for funding programs included whether or not they offered direct support to students, whether they have been successful in the past and are cost-effective. Again, no details about why valuable program like Focus on Youth gets cut when another, like the TDSB’s Broadband Modernization Program remains on the books.

Here is a summary of all TDSB programs that lost funding from the Education Program -Other grants, posted on the TDSB website

Cuts at the Toronto Catholic Board

At the Toronto District Catholic Board (TCDSB), Trustee Norm di Pasquale told School Magazine that, due to the cuts, 95 part-time jobs have disappeared. The board has already sunk $250 000 of the expected EP-O grants into programs that were cancelled and will need to trim at least $100 000 of that from other programs.

The question is, which of these programs above show signs, in the Ministry’s words of “wasteful spending?” It sounds a lot more like a very little bit of money spread thinly to help students in need. Tutors in the Classroom, for instance, pays money to university and college students to help and- by the way- be role models for younger students. Re-engagement 12 and 12+ is set up to encourage student who have left school to come back and finish credits so they can go on to post-secondary schools.

The TCDSB used money from its Focus on Youth grants to work with agencies like Delta Family Resource Centre and Boys and Girls Clubs to hire 53 students to work in the community. Alexia Ampofo, a student at Cardinal Carter Academy for the Arts  spoke for other students when she told Queen’s Park Report “It’s something that they depend on, (and) because I feel like the funding  was kind (of) a way of saying, ‘We are investing in you, we believe in you, and when you take away that funding, it draws back and kind of deteriorates everything we instill in the program.”

Money for hope: but for now that money is gone.

Note: If you’re disturbed about these and other cuts, there a couple of things you can do:

Contact TDSB trustees. You can get emails and phone numbers by clicking here.

Contacts TCDSB trustees. You can get and phone numbers by clicking here.

And it’s probably a good idea to let local Tories know how you feel. Here is some contact information:

And don’t forget the Tories at the Ministry of Education: