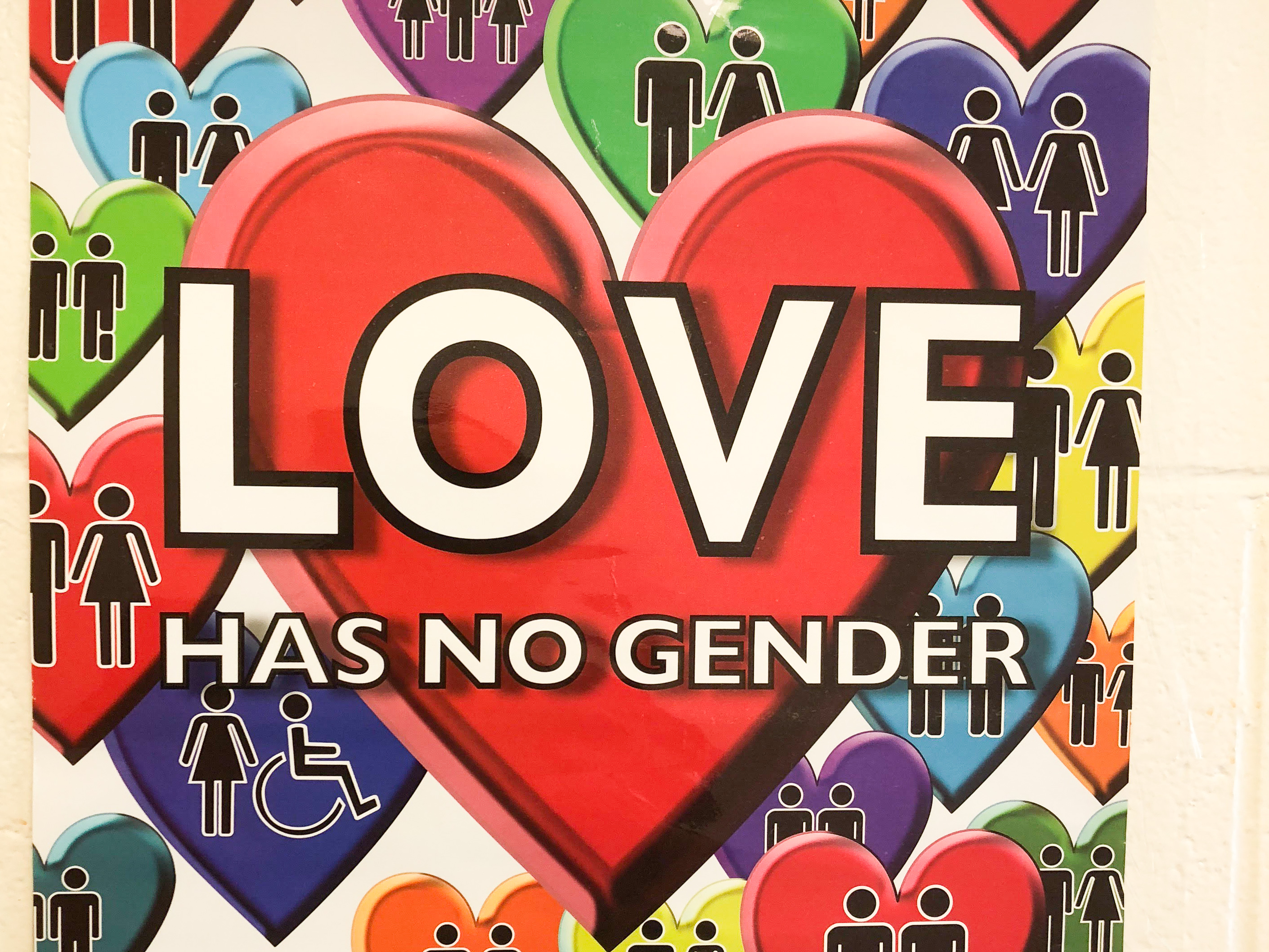 Fighting a curriculum of ignorance

What educator or parent wants to be responsible for supplying kids with poor information?

The return to 1998 is hard for people who want the best for their kids. Soon after Doug Ford announced that Ontario students would be going back to the 1998 sexual education curriculum, 22 of the 76 school boards across the province sounded alarms. They worried mostly about what I would mean for their responsibilities to their students.

Human rights are at stake here. When a government introduces a curriculum that recognizes issues like consent, cyberbullying, sexting and same-sex relationships and then flip flops, what happens to the students who now have to go without this information?

The Peel Board for example consulted widely before the new curriculum was introduced and produced a guide that was endorsed by local religious leaders. That didn’t matter to the Ford government, so now it is worried about what will happened to its kids. As board Chair Janet McDougald told the Toronto Star in July discussing same-sex families “is a part of human rights and you can’t opt out of human rights.”

And she’s right. Boards and educators can’t just shut the door they opened to people.

The Hamilton Wentworth District School Board voted to ask the province to stick with the 2015 curriculum, saying that scrapping it has left the board not knowing what to teach students in September.

Here, the Toronto District School Board (TDSB) said that educators’ responsibilities go beyond whatever curriculum dictates are meted out by the provincial government. Shortly after new curriculum was dumped, the TDSB issued a statement that it had a basic responsibility to its students: “regardless of the Health and Physical Education curriculum, we have a responsibility guided by the Human Rights Code, the Education Act and supported by TDSB policies, to ensure that each and every student, such a LGBTQ students, feel included and reflected in our schools and classroom.”

Speaking to School Magazine, TDSB Media relations officer, Ryan Byrd was a bit more cautious. He explained that the Board needs to teach all the Ontario Curriculum. And that opens up possibilities – teachers can still talk about issues of consent, sexual identity and safety – though maybe not under the retro-1998 curriculum. They’re looking at other places in the curriculum to discuss these important issues.

Families are pushing back too. Six of them are currently launching a human rights challenge against the Ford government. As one of the parents told CBC news, LGBTQ kids will be isolated. Sylvie Liard, a parent from Sudbury whose child is gender non-conforming, added: “The message there is there’s something wrong with you, you’re not part of the fabric of society, you’re not part of the community.”

Marcus McCann, the human rights lawyer representing the parents is basing of the challenge on the section of the Ontario Human Rights Code that forbids discrimination based on, among other things “sex, sexual orientation, gender identity, gender expression.” In conversation with the School Magazine he added that “wholesale removal of content with respect to gender expression and identity” amounts to an infringement of human rights.

A similar case has been launched on behalf of two transgendered teens.

The Canadian Civil Liberties Association (CCLA) has joined in, filing a court application to get the 2015 curriculum back in schools. It argues that by reverting to the old curriculum, the government discriminates against LGBTQ kids and their families denying them the Charter of Rights and Freedoms guarantees of equality and security. The CCLA also says that the government is violating the Ontario Human Rights Code’s rules against discrimination, as well as the Education Act which requires that schools provide an inclusive environment for students and families.

Caught in the middle are the province’s teachers. On one hand they had the Ministry of Education telling them to teach an outdated curriculum. On the other, was Deputy Premier Christine Elliott, coming out in August to say that teachers should ensure their students receive the information they need – but this sort of little chat should be done in private “rather than a classroom discussion.”

No educator in the province should follow that advice.

Avoiding the Deputy Premier’s advice was even more important once the government set up a so-called “snitch line” two weeks before teachers returned to their classrooms in September. The Ministry of Education just happened to unveil a new website Fortheparents.ca  soon after teachers’ federations told their members that they would support them over the sexual education issue. It invited parents to use to air concerns and complaints about the Ontario curriculum in general. The government also told parents to file a complaint with the Ontario College of Teachers (OCT), if they felt their child’s teacher was ignoring directives about the curriculum.

Two days before the announcement, OCT media relations officer, Brian Jamieson told School Magazine that it didn’t get involved in issues about curriculum. He was skeptical that something like teaching the 2015 sexual education curriculum instead of the 1998 one would ever come to the College.

The Ford government appears to be looking for an adversary in teachers – a group it can scapegoat as rebellious or recalcitrant and maybe send a chill to prepare teachers for yet unnamed changes it has in mind for schools. It cooled the rhetoric down a bit a week later when Education Minister Lisa Thompson said of teacher scofflaws: “I have every confidence in our teachers and they’re going to be using the curriculum used in 2014.”

But the “snitch line” remained.

President of the 83 000 member Elementary Teachers Federation of Ontario (ETFO), Sam Hammond told teachers to “exercise their professional judgement” about teaching sexual education, saying that the Ford government’s decision is “irresponsible, discriminatory and jeopardizes the safety of the students we teach.” ETFO filed for an injunction on the first day of school this year seeking to reinstate the curriculum and put end to the “snitch line.”

Here in Toronto, Elementary Teachers of Toronto President Joy Lachica was clear about teachers’ thoughts: “We stand in solidarity to teacher consent, circa 2015. We will teach healthy relationships. We will teach anti-bullying and anti-cyber bullying. We will foster safe and caring classrooms, and school communities for all.”

Perhaps the best news to come out of this retrograde mess is that students stood up for their curriculum. They walked out if school on September 21 – in droves. Forty thousand of them demanding a proper sexual education curriculum.

Education Minister Lisa Thompson has since announced the launch of the promised consultation over the curriculum. People may make formal submissions online, participate in a survey or telephone town hall. But it’s not just about the sexual education curriculum; it’s much broader including topics like financial literacy, standardized testing, improving skills in science, technology, engineering and mathematics. Sexual education gets a reference in the section including physical and health education.

So what happened to Ford’s big promise? He said there wasn’t enough consultation over the curriculum and he was going to fix all that by consulting, Now he’s buried it in a pile of of other topics.

Is it possible that we’re all getting the run-around?

School are not there to help a premier pay back his political debts, or to provide a platform for social conservatives who are frustrated that the world may not be quite to their liking or to help a new government show it means business. None of this has anything to do with education.

Teachers are not propagandists but adults who should have the maturity and judgement to be able to work with parents in their communities to make sure that the students in their charge have the information they need to help them feel safe and secure in being accepted for whoever they are and confident. None of this is ever easy, but it’s a standard, whether or not Ford and his followers choose to believe it.

What can you do?