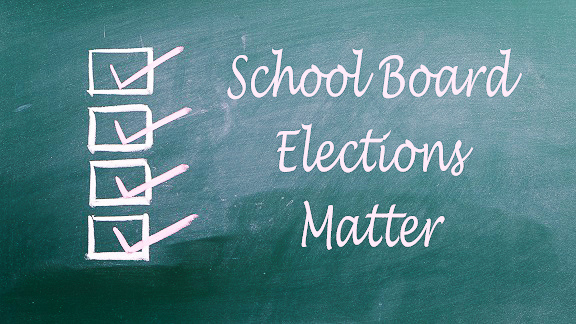 Find out more about trustee candidates

As confusing as it is, the election of trustees for schools boards in Toronto is critically important. In co-operation with Elementary Teachers of Toronto, School Magazine was able to conduct several interviews with its endorsed candidates. 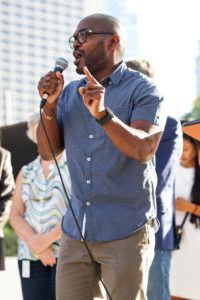 Chris Moise looks at two worlds in the Toronto District School Board (TDSB). He’s an incumbent candidate for Ward 10 –Toronto Centre/University Rosedale for TDSB and is talking about the role of money and resources in the world of his students. One of his schools, Rose Ave, needs to fundraise continuously for so-called extras like itinerant arts groups or a field trip to one of the many downtown theatres. “Parents don’t have the money to pay for these things”, Moise says. But that isn’t true for other parts of the TDSB where school communities can raise funds quickly.

Equity figures prominently in Moise’s discussion – issues like spreading resources evenly across the system and finally dealing with the problem of overrepresentation of black kids in special education, suspension and expulsion programs. Does the TDSB need to change staff who don’t understand their school’s neighbourhood and needs? He comes at the question a different way, pointing out that the TDSB has hired 80 coaches to “help us identify our own biases.” He adds that it ought to start hiring staff who represent the community; it’s one thing to look at a principal’s resume for example, but why not consider “someone from the culture of that school” – someone with whom students might identify.

Moise says despite the efforts over the years to curb trustees – cut staff, money and office space – their role is endless. They’re usually the first to be called upon in a crisis. He talks a bit about the situation a few weeks ago in his ward, when fire at one of the high-rises on Parliament Street, displaced 1 000 people. The local school was the rallying point for residents dealing with loss of home, loss of income and stress. Moise says that “people may not trust the city, but they trust the school.”

So why he asks, don’t schools get the resources they need? The TDSB repair backlog is enormous, yet it can’t get any of the development charges from new condominiums to help reduce it.  Then there are the effects of addictions, parental mental health issues and suicide – students witness all of this, but live in communities where, under the Ford government, help is in increasingly short supply.

Siham Rayale is passionate about day to day politics of Don Valley North where she’s a candidate for TDSB trustee in Ward 13. She grew up with the Mike Harris government cuts and amalgamation, went to TDSB schools and then worked in international development doing community research. When funds for that dried up, she made connections with local politicians and advocacy groups – working with Urban Alliance on Race Relations and helping Councillor Shelley Carroll in her campaign during the recent provincial election.

What she hears at the door drives her work. Residents ask her about the enormous backlog of repairs to TDSB schools and she fears the board will end up having to sell some of them to ease it. With all these pressures and still more cuts to come, Rayale wonders what the Ford government can be thinking, “we’re talking about the quality of our society and young people who are going to have to deal with problems that don’t even exist yet.”

And this is just the beginning, with teacher contracts due for negotiation maybe leading to lockouts, rollbacks to wages, staff cuts and overcrowded schools. Then Rayale zeros in on Section 37 funds.

These are the costs developers pay to put up buildings larger than local bylaws allow. They’re supposed to be used to enable the city to upgrade services like parks and schools.The TDSB can’t get its hands on any of these funds, but the city can use them to purchase land which it could turn over the Board to build a new school. Rayale has watched how Councillor Shelley Carroll managed to get funds from a nearby development earmarked for a kindergarten wing at Forest Manor PS and sees how this arrangement could work in the future.

Rayale also hears a lot about the repeal of the 2015 sexual education curriculum and thinks Ford’s claim about lack of consultation is just “misinformation.” She adds that issues like the meaning of consent – a legal term- may be lost, and that sophisticated forms of cyber bullying and other effects of technology will be a serious blow to kids’ mental health. She considers the effects on empowerment of young women and girls – how lack of information takes away the “language” with which they can assert themselves.

As Siham Rayale says, “the social dynamics of being young haven’t changed but the tools have. It calls for a broader sort of education that teaches about being respectful people and citizens.

David Smith’s campaign office sits in a 1960’s-vintage strip mall near Lawrence and Midland Avenues. It’s a couple of doors down from Shirin Mahal Bakery and right next to Popeye’s Louisiana Chicken. The huge Abu Bakr Mosque is a little further along. A group of young Sikh men walks by. A few blocks west on Lawrence, a United Church may be a relic of a different time, but looks well-used. Ward 17 – Scarborough Centre, where Smith is the incumbent in the TDSB trustee race, is a mix. 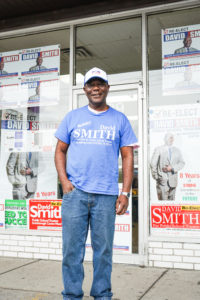 He was first elected trustee in 2010 and talks about what has kept him busy over the past 8 years: anti-bullying, working with community groups to provide nutrition programs for schools that don’t meet the income cut-off for extra funds through the Learning Opportunity Index. He says he pushed to have solar panels put on 22 schools. There’s a new secondary school under construction nearby. Smith likes infrastructure.

He believes that many in his community are caught between their homeland and their lives in Toronto and look at schools as places to recapture some of what they’ve left behind. Schools might become churches, cricket fields, senior centres and so on. But permits to public buildings cost money, and though he says he works to get fees reduced, they aren’t available to everyone.

Principals, Smith says, “need to be more vigilant and understanding of the communities they work in,” adding that trustees need more leeway to help them do that. He’s frustrated that trustees aren’t in the loop when parents start to raise concerns about their schools. They could do much more to alleviate problems if they’re part of the discussion early-on.

With a background steeped in organizing, fundraising and financial oversight in all three major parties – PC, NDP and Liberal – David Smith argues that proper management can overcome a host of problems in the TDSB. 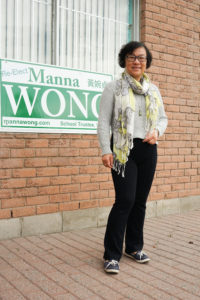 What will Doug Ford do next? This is top of mind for Manna Wong, TDSB trustee candidate for Ward 20, Scarborough-Agincourt. She’s talking, of course about his whirlwind summer of cuts – cuts to the sexual education curriculum, the Truth and Reconciliation writing team and of course to Toronto City Council and “fair representation” as she puts it.

Wong is the incumbent in this ward. That gives her name recognition, but her question is- how do you reach out and involve people in local schools? It’s become harder since the 2015 report on TDSB governance by Margaret Wilson resulted in limited trustee responsibilities. It also meant cuts to their discretionary spending and staff.

She points to local schools, some of which are half-empty while others are overcrowded, noting “we don’t have the local means to deal with this discrepancy.” Wong believes the school boards need taxing powers to meet what the provincial funding formula ignores-  huge issues like the building repair backlog. For years Wong says, she’s been after the Ministry of Education to give the TDSB access to information about local developments and the money that comes from them. Some of this money she thinks, should go towards arts programmes in schools and support for the mental health of the students in her charge.

This leads to the return of 1998 of the sexual education curriculum. Wong says, students need “facts to be healthy members of the community so we can live together.” About the recent walkout of secondary students across Ontario, protesting the move, she says “we need more kids to go out and protest and tell their parents.” The word needs to get home – literally.

Manna Wong’s bid for a second term as TDSB trustee follows a long history of community advocacy going back to the days of former Toronto alderman and MPP, Dan Heap. She speaks fondly of her work with long-time NDP politicians like Marilyn Churley, Peter Tabuns and Jack Layton.

From the bustle of her campaign headquarters – space in an office loaned by a friend-  she looks serious about continuing.

Ali Mohamed looks nonplussed when I tell him that Ford government’s “greatest consultation ever” on the sexual education curriculum is now about math, financial literacy, engineering, standardized testing among other things and incidentally, sexual education. Then he snaps back into the moment and says: “It was an issue for the election and the marginalized community was a good target to divide.”

Mohamed ought to know. He’s running for TDSB trustee in the very heart of Ford Nation – Ward 1, Etobicoke North. He knows that Ford tossed a grenade into communities, raising fear that only a strong-arm like Ford could assuage. To this, Mohamed says simply, teachers have handled the situation really well; “it should be left to them.”

He thinks this mess is just a screen to obscure the pressing concerns of parents and educators in Etobicoke North. Smaller class sizes would improve academic results. Resources based on need rather than formula would be truly equitable. Money spent on special education would give teachers the help they need in their classrooms to deal with the students who require more support.

And then there’s the schools. Mohamed points out The Elms, not far away, whose clogged heating system took 2 years to repair. Both there and at Boys Leadership Academy, he says textbooks were in limited supply.

Mohamed says Etobicoke North needs consistency from trustees, superintendents and principals willing to stay in place long enough to learn their jobs and their communities, begin improvements and see them through. “We’ve had three superintendents here in less than 16 months,” he adds.

His remarks come from experience. Mohamed lives in the ward and his children have gone to school here. He’s sat on both school and Parent Education Advisory Councils. His work in helping people with disabilities gain access to programs and jobs, gives him a different angle on the old question of who is allowed into the club: “it’s similar- whether we have systemic barriers at work or at school.”

He’s pushing against them in Ward 1