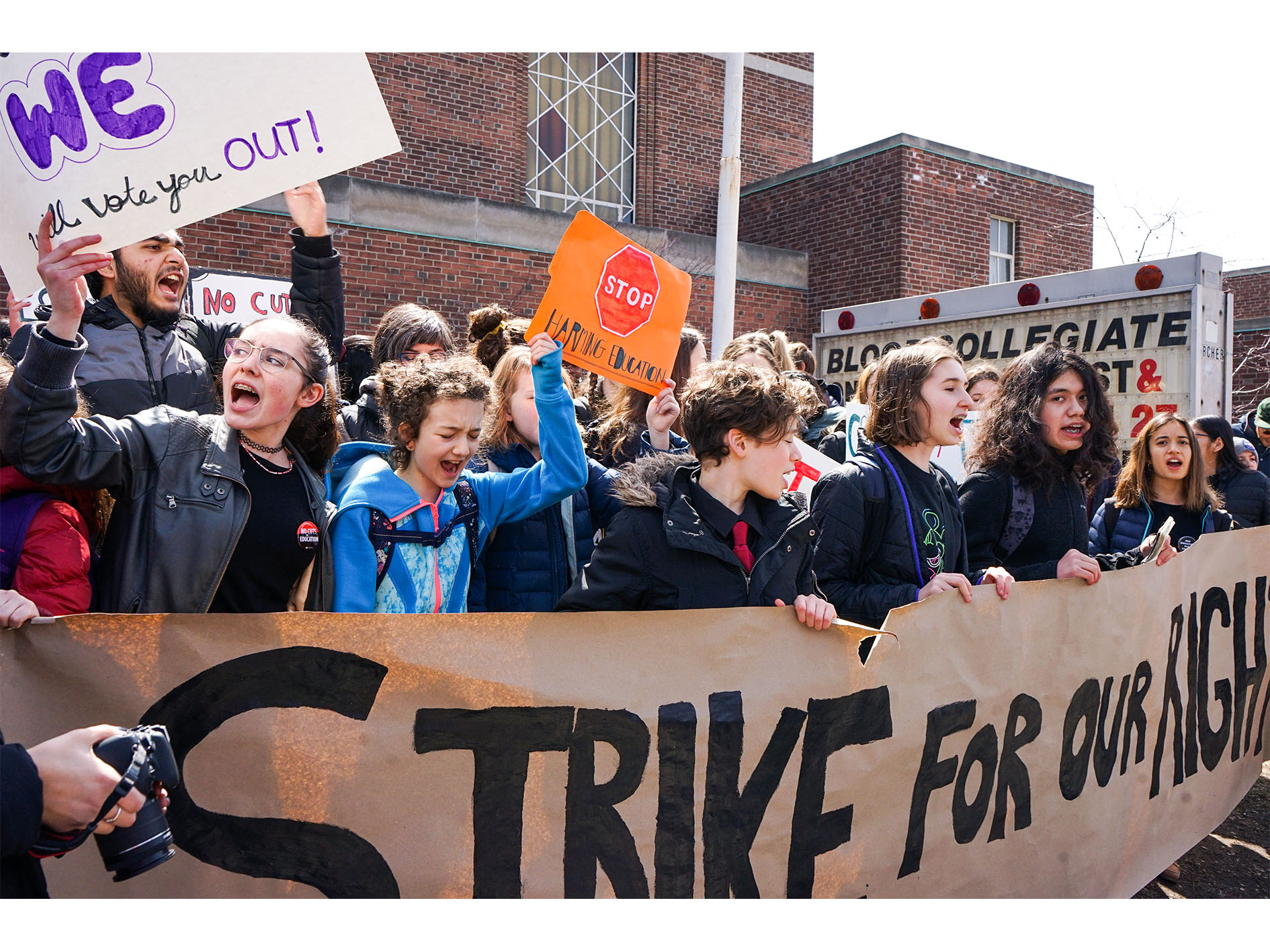 Maybe the premier was just confused and forgot that it’s his own party members who act like clapping seals – not kids. About 100 000 elementary and secondary  students walked out of class yesterday at 1:15 p.m.  to take part in the  #StudentsSayNo protest against increasing class sizes, using online learning to replace teachers and the general disrespect the Ford government shows to education. It was organized by the student-run March for Our Education.

Mr. Ford dismissed the protest: “This isn’t about class sizes… this is about union bosses telling the teachers and students what to do.”

Education Minister, Lisa Thompson called it “a disappointing day for Ontario’s parents and students” and then went on to parrot what her premier claimed without offering a shred of evidence:

“We know teachers’ unions organized student walkouts under the previous government. I’m concerned we may be seeing the same thing now as teachers’ unions are clearly not discouraging this stunt.

Instead of focusing on political stunts, I encourage the unions to instead work cooperatively with us on the real challenges facing Ontario’s education system such as the fact that too many of our kids are failing math — graduating without the skills necessary to successfully enter the workforce.”

Interesting point that last one – that kids need skills to enter the workforce. With the changes to the Ontario Student Award Program (OSAP) that make it harder for young people to finance their post-secondary education, has she just forgotten about that option? 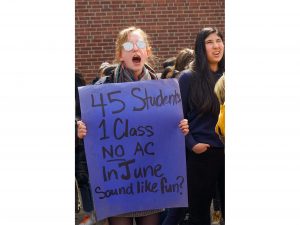 In Question Period, Mr. Ford did his level best to obfuscate, claiming that one third of Ontario teachers can’t pass the grade 6 math test from Education Quality and Accountability Office – how could he know? That 50 percent of grade 6 students are failing Math – no; they’re not meeting the provincial standard – despite the fact that students in Ontario are in the middle of the pack across the country. Someday, the premier is going to have to come up with something other than babble and blaming others to get himself off the hot-seat.

The Premier and his Education Minister should listen to the kids. Student and their parents – are worried about their education. Families are forming action groups that reach out across the province. One Facebook group “Mothers for Better Education- Ontario” – it doesn’t sound much like a union shill – posted a Toronto Star article detailing the cuts by which the Ministry of Education can save $851 million. Right in Doug Ford’s back yard there’s the  Etobicoke Parents Network. pushing families to come out to the rally at Queen’s Park on Saturday at noon. West End Parents for Public Education are putting out a tool kit to fight Ford government cuts. Then there’s Ontario Families for Public Education a highly organized group of families that has its posts seen by the tens of thousands.

They see through this government. There is no illusion amongst these folks that the Ford 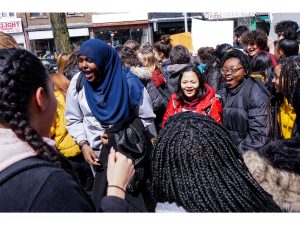 government  means to do anything other than push education, health, safety, social programs, accountability – you name it – so far up on the shelf that no one will ever be able to get them back.

They aren’t pawns and neither are their kids. Just listen to their comments. A student at Bloor Collegiate yesterday explained to School Magazine, “once you increase class sizes, you’re disturbing individual students’ education.” Another student observed: “I think we’ll be seeing a lot less of the arts and humanities.”

One of the organizers of the walkout is secondary student Frank Hong, co-executive director of March For Our Education. Outside Bloor Collegiate yesterday, he told Queen’s Park Briefing that students organized the walkouts over Instagram and group chats that didn’t include adults: “I know they (the Tories) know it’s student run, they’re just trying to incite the population. But they can say what they wish, the truth is this is completely student run.”

Rayne Fisher Quann, a grade 12 student, is the other main organizer of the #StudentsSayNo walkout. Asked by CBC’s Anna Maria Tremonte of The Current about Lisa Thompson’s claim that larger classes will build “resiliency (sic)” she had this to say:

“ I was very disappointed when I heard her say that. I think it’s ridiculous that the government thinks it’s in the position where they’re going to put our students through hell and just pray that they come out better because of it. That’s not what government is supposed to do. They’re supposed to be supporting our students. They’re supposed to be helping them. And the changes that are being made it’s going to be too much for the more vulnerable students to handle. I’m sure there are some students who would go through it unscathed, but many, many, many will not. And that’s not a risk that we can take.”

The Ford government is in no position to be condescending toward anyone let alone the thoughtful, articulate students across the province who spoke up to defend their education yesterday. Instead, they should be proud of them – that students have learned enough, despite the huge barriers that already exist in schools, to understand what’s behind this government’s rhetoric.

Bottom line: this government is bad at math. Mr. Ford doesn’t yet grasp the concept of four years – that kids in grade 9 today will get to vote him and his clapping seals into obscurity when the next election rolls around. 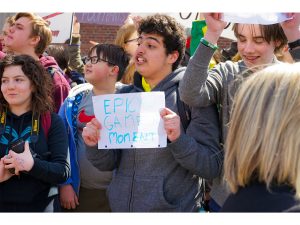