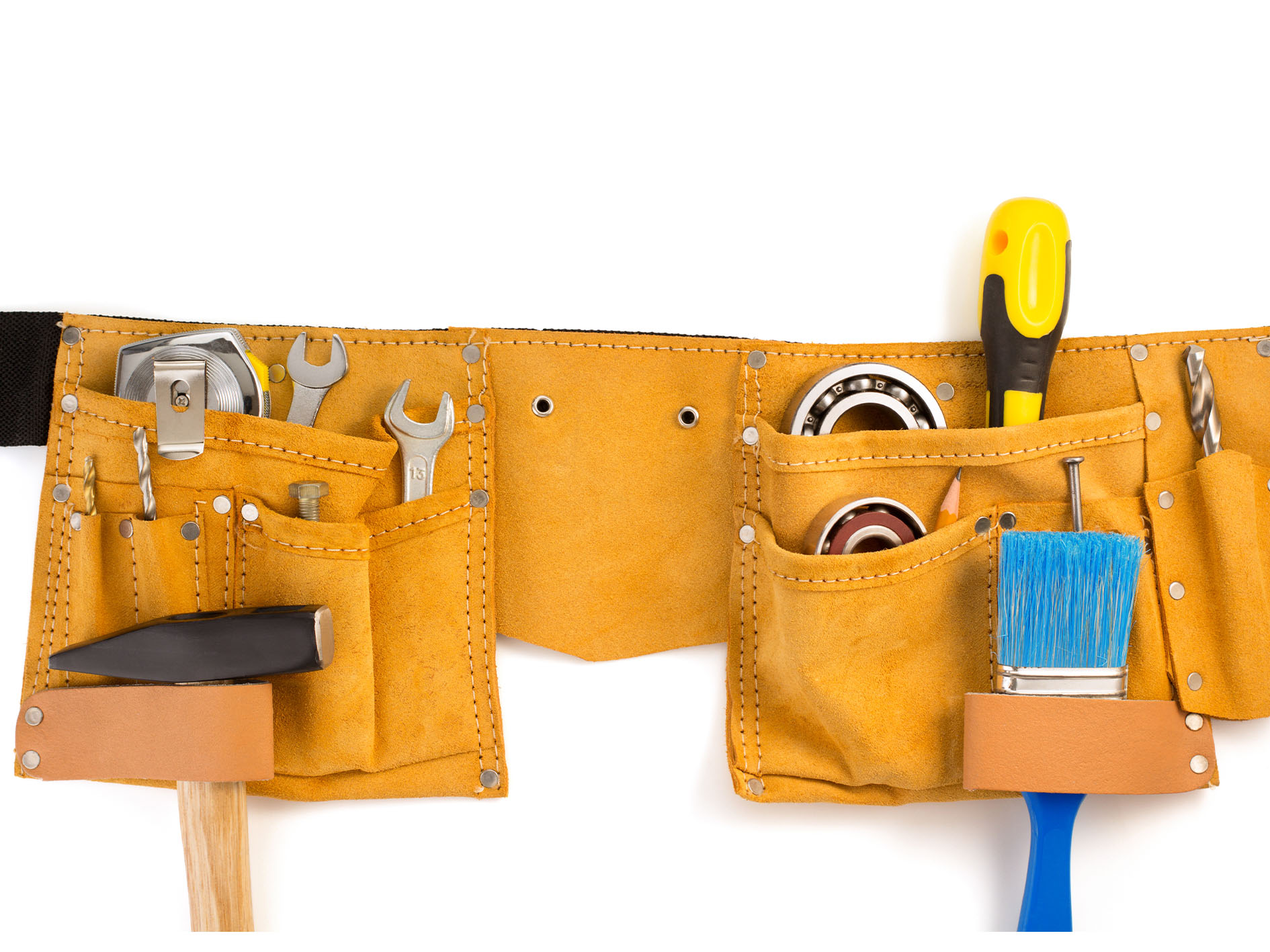 It is pretty safe to say that buildings don’t improve with inattention. That’s something that seems lost on successive Liberal and Tory governments over the past 20 years when, to save some money, they stopped properly maintaining schools. This approach to maintenance began about the same time the Conservative Mike Harris government of the mid-1990s suddenly decided that it was a good idea to stop local governments from taking care of their schools and funded them right from Queen’s Park. To deliver on his “Common Sense Revolution” promise of tax breaks and smaller government, Mike Harris wanted to squeeze funding to local school boards.

And that’s just what he did, with a formula of $5.20 per square foot to maintain, restore and replace buildings no matter where they were across the province and no matter their condition. It ignored the true cost of maintenance and was never adequate to keep buildings in a good state of repair. 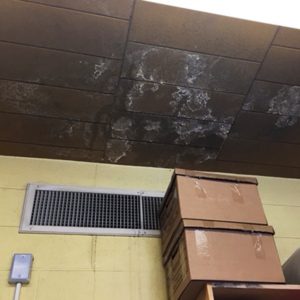 It didn’t take long for that repair backlog to build up. Economist Hugh Mackenzie wrote in a 2017 report for the Campaign for Public Education that by 2001 it had already climbed to $5.6 billion. In 2016, the province’s Auditor General said that that the government ought to be spending at least $1.4 billion to keep the province’s schools in good shape. It spent more like $150 million to $500 million per year until June 2016 when the Liberals under Kathleen Wynne, lifted their collective heads from the sand and decided to spend $1.4 billion a year to improve the state of our school buildings. Two years ago, the backlog of repairs stood at $15.9 billion dollars across the province.

Since then, because school buildings don’t tend to fix themselves, that backlog has climbed to $16.3 billion. When NDP leader, Andrea Horwath pointed this out in the legislature on November 6, Education Minister Stephen Lecce’s response was characteristically mystifying. On one hand he said that his government would spend $1.4 billion to maintain schools; he didn’t say that was the annual amount already being spent – though it is. Then he proclaimed: “this government is allocating $13 billion over the next decade to improve schools in every region of the province of Ontario.” He actually had the gall to add that “after 15 years of dereliction of duty, where we had a multibillion-dollar backlog that we inherited, we must do more to improve our schools.” This from the party that set off that very dereliction in the first place.

His numbers should make you shake your head in wonder. The Liberals, before their defeat, promised $16 billion over 10 years to improve the state of school buildings; that sounds like $1.6 billion per year, a figure that the school advocacy group, Fix Our Schools argues “has not been sufficient to even begin to stem the tide of a consistent year-over-year increase in school disrepair.”  After all, the maintenance backlog has climbed another $400 million dollars, from $15.9 two years ago to $16.3 today. It’s just common sense: those boilers, roofs, windows, doors, floors, school grounds and so on that have been let go over the years just get more expensive to fix. They’re more broken down than when they were ignored in the first place. Of course, more of those facilities need to be fixed with every year that passes.

So, what is Mr. Lecce talking about when he says that his government, while local school board budgets, plans to spend $13 billion over 10 years to make schools better? It’s less that the Liberal plan which he cites as “a dereliction of duty.”  Stephen Lecce certainly knows that, just as he knows the problems with school buildings are growing. When asked about the $13 billion figure last August, Ministry of Education staff acknowledged it was $3-billion less than the Liberals’ plan but claimed the Liberals commitment wasn’t possible. So, the financial people at the Ministry came up with a $13 billion figure that apparently sat well with the Ministry’s public relations people who decided to run with it.

Meanwhile, schools suffer. You can look close to home for an example. The Toronto District 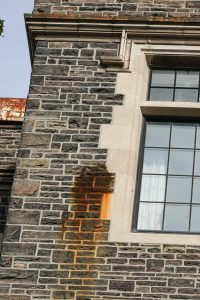 Right now, it says, the repair backlog stands at $3.5 billion, but that could rise to $5.2 billion by 2023 if the province fails to come up with more and stable money.  About 70 percent of its buildings affected by this backlog of repairs are in poor or critical condition. Despite getting more money over the past 5 years, it hasn’t been enough to keep up with demand for repairs, so that even as soon as January 2020, that repair backlog will rise to $4.3 billion. One of the most useful strategies, the TDSB has used lately is making public the condition of its schools through  Facility Condition Index (FCI) and Renewal Needs Backlog (RNB).

The other shoe – lead in schools’ drinking water

Now it’s time for the other shoe to drop. In addition to the generally poor state of schools, journalists from the Toronto Star and Ryerson University reported early in November that over 2 400 Ontario schools and daycares over the past 2 years have exceeded the current federal guideline for lead in drinking water. 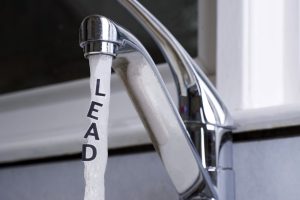 Last March the federal government changed this guideline from 10 parts of lead per billion (ppb) to 5 ppb reflecting the risks of lead as a neurotoxin.  Currently, Ontario allows 10 ppb as it reviews the change in the federal government’s guideline. According to the Mayo Clinic lead poisoning may occur as lead builds up in the body over months or years. Young children under the age of 6 are particularly vulnerable to its effects. Symptoms of lead poisoning include developmental delay, learning disabilities, irritability, loss of appetite, weight loss, fatigue, hearing loss and seizures.

Between 2016 and 2018, 29 percent of schools and daycares had at least one incident where they exceeded this 5 ppb limit, according to provincial tests. In some cases, the situation was much worse; 23 schools and daycares had water samples containing higher than 1000 ppb, something the Star/Ryerson journalists said could have an immediate impact on children’s levels of lead and risk harm to cognitive development.

Lead gets into the water supply through old fixtures like taps in washrooms and water fountains joined to pipes with lead solder, something no longer used in plumbing. Brass faucets and fittings may contain lead. Some houses or buildings may still have a lead pipe that connects them to the water main.

Whatever the source, it’s expensive to remove lead from buildings. Robert Cribb, the Star investigative reporter who worked on the investigation told School Magazine that his team couldn’t find a credible answer to the question of how much it would cost to fix this problem. Typically, school board plumbers replace lead fixtures and pipes as they find them in the course of other repairs. The cost, whatever it might be, has not been included as part of the $16.3 backlog of repairs.

To sum up what we know: there’s a $16.3 billion backlog in school repairs across Ontario and once again a government in power is promising to spend less than what’s needed to deal with it. In 10 years, by the time Mr. Lecce’s $13 billion has been spent there will still be a backlog, still more buildings that are in dire need of repair.

Where do we go from here?

It is time for the provincial government to face the conditions it has allowed to happen over the years. As Hugh Mackenzie writes in his report Course Correction – A Blue Print to Fix Ontario’s Funding Formula, figuring out how to fund schools needs to start with them, rather than the current formula which bases funding on head counts of students in local school boards. This applies to everything the school needs to provide for its community from librarians to proper space for art, music and gym teachers to work with students for whom the province expects arts and daily physical activities. Looking at funding this way, he writes, enables school boards to fund programs based on special needs like breakfast and lunch programs, after-school activities and so on. It also forces those responsible for funding education to address the repair needs of schools as they are, not based on some abstract formula. Simply put, if the roof is leaking, it needs to be fixed right away no matter where it is, not because the head count of local students is high enough to give  roofers the go-ahead. 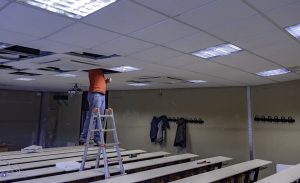 Mr. Mackenzie asks the question: “What if we actually defined what we mean by maintaining schools in a state of good repairs and funded to meet that standard?” Commercial property managers have to do this in order to keep their buildings open. Surely, the province can come up with measurable standards we can use to judge how well schools are maintained and how it is progressing to bring schools up to par. These would include standards for water and air quality as well as classroom temperatures.  Groups like Fix Our Schools do a fine job of detailing alarming conditions in schools across the province, but a government that is truly interested in improving school buildings should have transparent standards it can share with parents and school workers. These standards can also be applied to school boards to ensure that the money earmarked for repairing or replacing facilities is being used to good effect.

To properly fix our schools, Hugh Mackenzie argues the government also needs to:

In order to make this work, the province must accept the $16.3 billion figure, prioritize buildings in the greatest need of repair and fix them – not throw around the $13 billion figure and claim that this is a good response to a terrible situation. The problems of school buildings are mounting. Let’s not just hope for the best that a student or worker in one of them doesn’t get sick or hurt due to decades of negligence.