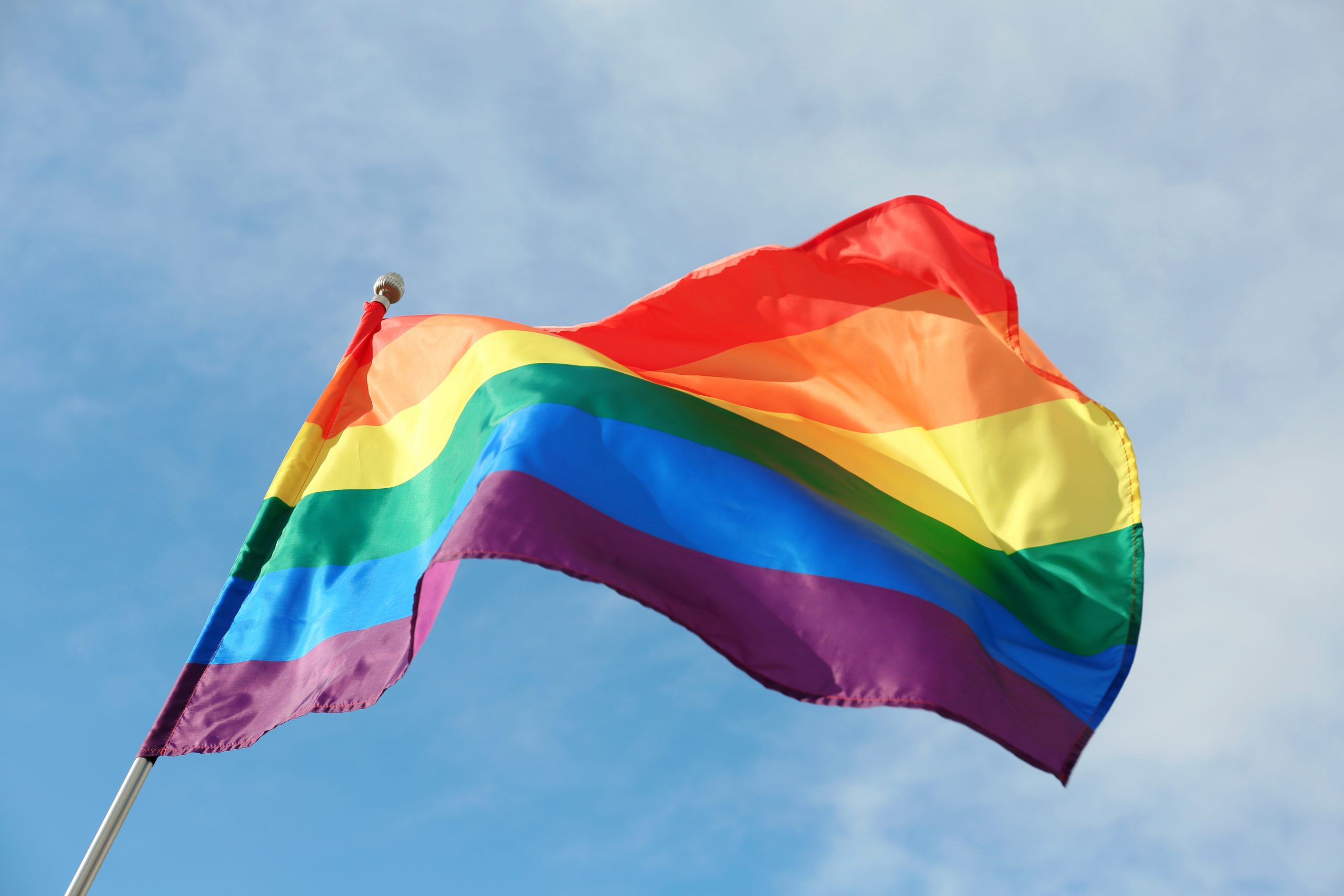 Halton Catholic board to 2SLGBTQ community: “we support you- but ”

Update: On Thursday May 6, 2021 the Toronto Catholic DSB overwhelmingly voted to declare June – “Pride Month” and fly the Rainbow Flag at its education centre and all of its schools.

The message was clear from most Halton Catholic District School Board (HCDSB) trustees: don’t fly the Rainbow Flag at our schools during Pride month in June or any other time. This snub has been widely reported in media, but it’s really worth taking a closer look at the discussion in a nearly 4 hour-long  special meeting on April 26

It started with a simple motion. Acknowledging likely pushback from her colleagues, Trustee Brenda Agnew nevertheless moved that the board recognize the need for inclusion, equity and safe spaces for 2SLGBTQ people and support them by flying the Rainbow flag on all Halton Catholic school buildings during Pride month.

As far as Ms. Agnew was concerned, not flying the flag “…sends a very clear negative message. It says that we just cannot accept 2SLGBTQ people; that we’d rather they stay hidden, that we don’t believe they should be seen.”

The opposition was ready. Trustee Janet O’Hearn-Czarnota, kicked the legs out from under the motion – crossing out the part about flags. Instead, she proposed an amendment calling for “mandatory training…on the Catholic Social teaching on loving and accompanying students who identify as 2SLGBTQ…” as well as already recognized rights, raising awareness and posting safe space signs as messages of support.

So, no flags on HCDSB buildings. Trustee Nancy Guzzo tried a compromise: just fly the Rainbow Flag at the HCDSB offices. Do something substantive to recognize 2SLGBTQ young people and staff.

That’s not much to ask considering what the Canadian Mental Health Association (CMHA) lists as some of the  main issues faced 2SLGBTQ adults and youth:

But most of the Halton Catholic trustees just weren’t having it. Trustee Vincent Iantomasi tried to postpone the discussion indefinitely. He said that schools have chaplains to support students along with a curriculum “vetted through a Catholic lens.” He tried to kick the can down the road, telling his colleagues, the board needed a flag policy to cover every group. Besides “…as Catholics, we worship publicly and live our lives privately.” So, there’s presumably no reason to proclaim support for things like sexual preference and gender identity.

He pulled out the old chestnut: what about the costs of recognizing all the groups who might want a flag or 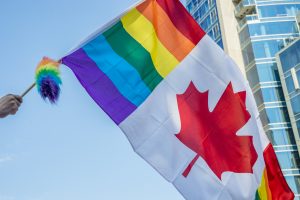 some other acknowledgement? Finally, Mr. Iantomasi leaned back on tradition: “upholding the dignity of the Canadian flag…which means that it must be flown on its own.” So, to fly any other flag, the HCDSB would have to put up new flag poles at God knows how much cost.

Trustee Peter DeRosa called the discussion “untimely” in light of Covid-19, that it would divide “our Catholic family;” that it raised expectations amongst young people in the board who might have to face the consequences of being disappointed by their trustees – those like him, who just won’t fly a flag showing respect and support for 2SLGBTQ people.

Then it was time to blame the petitioners. The “silent majority” of ratepayers hadn’t been polled – feared speaking out in fact. He’d heard comments like “you are with us or against us” over the flag issue: “bullies” weren’t only to be found in schoolyards. Flying a flag would not stop this bullying. Flying the flag alone would not give young 2SLGBTQ kids the resilience they need to face the world outside of school.

Mr. DeRosa tried bargaining – fly another flag approved by the Institute of Catholic Education (ICE) that depicts Jesus surrounded by children of all different colours- a compromise, he argued.

Unhinged as these comments seem, I think it’s worth noting them just for their self-serving twists of logic: We can’t fly anything other than a Canadian flag on a pole, so the Rainbow flag is out and anyway the people promoting it need to be resisted because that’s bullying and besides 2SLGBTQ kids need a plan to help them become resilient. So let’s put up a flag that 2SLGBTQ people don’t want.

A ray of light

In all of this murkiness, there was at least one ray of light. Student Trustee Kirsten Kelly, a grade 12 student from Burlington somehow managed to rise above it all. It’s not about bullying, she said: “We are standing up to those who tell people, like myself, that we are sinful, telling us that we are not Catholic or deserving of God’s love.”  She cited research indicating that 75.2 percent of 2SLGBTQ students didn’t believe they were fully supported in HCDSB schools. “supporting the traditional (Rainbow) flag can help us show that we care as a school board.”

Compromising with another flag wouldn’t suffice: “Substituting the traditional flag is a very loud statement that announces to the 2SLGBTQ community that we support you- but.  Not once did Jesus ever preach love one another as thyself – but.” What greater compliment to a school board than to have one of its students use research and common sense to so eloquently cut through an issue made complicated by a group of trustees who don’t want to recognize that it’s 2021 and put up a banner to support so many of its staff and students.

Substituting the traditional flag is a very loud statement that announces to the 2SLGBTQ community that we support you- but.

Staying the course no matter what

In the end, Ms. Kelly’s plea didn’t sway the other trustees. After a number of attempts by Trustee Tim O’Brien to scuttle the discussion – even to remove the notion of posting signs identifying schools as safe spaces for 2SLGBTQ kids, because it would be tantamount to flying the Rainbow Flag – the board voted to open the door a crack: No flags –  but we’ll mandate training, show some measure of support and post signs in school to say that  are 2SLGBTQ people are in “safe spaces.” Indeed!

It was not- by a long shot- a stellar performance on the part of the HCDSB. Some of its own schools pushed back as all 9 secondary schools posted messages on their Twitter feeds like: “Love is unstoppable” “Everyone is welcome here” set against rainbow backgrounds. Kirsten Kelly, who hopefully, will continue her activism, started a petition through the Ontario Student Trustee’ Association (OSTA) that by the end of last week, collected over 18 000 signatures.

Brenda Agnew, who brought original motion to fly the Rainbow Flag, told me she doesn’t want to speculate on the vote other than to say “some stakeholders believe that we should not be outwardly acknowledging homosexuality.” She said that at least there’s a “silver lining“  in the board’s albeit reluctant step towards recognizing the need for training, safe space posters and so on. She was also excited by the support from young people and the powerful response to her motion being eviscerated. Maybe next year, the tone will change.

But it’s not just the Halton Catholic DSB that needs to change; most other English Catholic school boards have yet to fly Rainbow flags outside their buildings. The Thunder Bay Catholic board was the first to do so, followed more recently by the Waterloo CDSB. Most English Catholic boards didn’t respond to questions sent out by School about their flag policies, though the Toronto Catholic board will be discussing the issue tonight.

Surely after generations of fighting for recognition and safety, 2SLGBTQ people can expect that all school boards will take it as a matter of course that they celebrate Pride month – or all months, like the Toronto DSB – by raising their flag in honour of their struggles and presence within their schools.

As my friend and colleague, Bill Byrd wrote:

“The failure to fly the pride flag, dramatically takes away from Halton’s positive Catholic images of an educational system with “a strong belief in caring for one another and ensuring that (our) schools are safe, engaging, welcoming and inclusive places to learn”. Many LGBTQ2+ students still feel unsafe – even in Catholic schools that promise to care for all students. The majority of students in the school system do not need a specific flag or symbol to tell them they are accepted and cared about – they know this implicitly. However, the oppression and violence towards LGBTQ2+ youth over the years requires these wonderful young people to have prima facie symbols of their worth, their right to safety and security; and the opportunity to not just feel welcomed; but truly engaged within their school environment.”

Bill studied as a Jesuit, taught in both Catholic and public schools and worked with some of their most complex  students. He was the Safe School Co-ordinator for the Toronto DSB for over 20 years. He’s one of the most thoughtful and supportive educators I know. Right now, he’s the President of the Canadian Safe School Network, so for him, the issue is certainly about fairness and acceptance, but it’s also fundamentally about safety. It certainly isn’t about flag poles, riots in the streets or as he says, the Catholic population rising up in protest: ”…the Church  will not falter from simply saying to a group of people – here is your flag, we support and love you.” 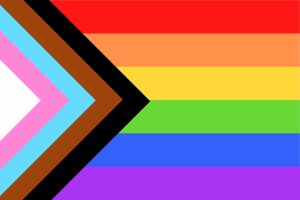