Invasion of Ukraine: readings for educators

How can educators teach about war? It is an awful question that resurfaces with every new aggression, something  that brings with it the morally bankrupt certainty that it is just, honourable and unavoidable – the only possible course of action, taken with the gravest consideration.  The Russian invasion of the Ukraine is no different, justified by the flimsiest excuses – a message sent to the outside world through the death and misery of people and the promise of worse to come.

The great journalist Robert Fisk, remembered his time in Kosovo, Iraq and so many other places facing such righteous murder and wrote:

“Soldier and civilian, they died in their tens of thousands because death had been concocted for them, morality hitched like a halter around the warhorse, so that we could talk about ‘target-rich environments’ and ‘collateral damage’ – that most infantile of attempts to shake off the crime of killing – and report victory parades, the tearing down of states and the importance of peace.

Governments like it that way. They want their people to see war as a drama of opposites, good and evil, ‘them’ and ‘us’, victory or defeat. But war is primarily not about victory or defeat, but about death and the infliction of death. It represents the total failure of the human spirit.”

Educators: If nothing else, you can do your service to the community by teaching about this failure of spirit. For every Ukraine, there is an Afghanistan, Iraq, Cuba, Korea, Rwanda – the list is extensive – all justified by elites who  visit this affliction on the backs of people who just aren’t them.

Here is a short list of writing about this and other wars, collected by School Magazine, in hopes that it will provide some helpful background as you grapple with how to talk about the war on Ukraine with your children and students. There is context and history noted here – as well as some propaganda, that might be useful for illustrating the importance critical reading. Rethinking Schools put out “Teaching About the Wars” listed below which includes editor, Bill Bigelow’s description of how he helped his high school class critique U.S. President George W Bush’s speech defending the 2003 invasion of Iraq. The editors there suggest that you might compare that with President Vladimir Putin’s recent justification for invading the Ukraine.

There isn’t a better reason for teaching young people how to read and write than helping them use what they’ve learned to understand what the elites of the world have in store for them.

Ukraine-Russia map: Where is the invasion taking place and what is the situation along the border? Independent 2022-02-25

The Russia-Ukraine crisis explained: How the invasion unfolded Independent 2022-02-26

LeftEast: Against Putin’s Imperial War Against Ukraine  From LeftEast Collective – The Bullet 2022-02-25

Ukraine crisis: What are the Minsk agreements?   Emmanuel Macron,  French president, had previously cited the Minsk agreements as the “only path on which peace can be built” following a face-to-face meeting with Putin in Moscow. The Independent 2022-02-25

RESPOND TO PUTIN’S ILLEGAL INVASION OF UKRAINE WITH DIPLOMACY, NOT WAR by Phyllis Bennis Foreign Policy in Focus 2022-02-25 Phyllis Bennis is a long-time author and activist – highly recommended.

No to War, No to NATO in Ukraine The Bullet 2022-03-02 Includes statement from Pugwash Conferences on Science and World Affairs

Ukraine: What sanctions are being imposed on Russia?  Too early to tell – how deep and long-lasting sanctions will be. BBC News 2202-02-25

Can Germany function without Vladimir Putin’s gas? The Guardian 2022-02-25

U.S. Puts Banning Russia From SWIFT System Back in Play Bloomberg 2202-02-25 – SWIFT governs secure banking messages between financial institutions for over 200 countries. Countries like Germany fearful of kicking Russia out since it means they might not get paid for existing exports

Some Economic Consequences of the War in Ukraine by Jack Rasmus, Counterpunch 2022-03-01

Ukraine: the revolution lives on  Evgenia Ivanova Al Jazeera 2013-11-22  Looks at spin-off effects of the Orange Revolution beyond the Ukraine

Why the Ukraine Crisis Is the West’s Fault: The Liberal Delusions that Provoked Putin John J Mearsheimer Foreing Policy 2014 September/October – Describes the difference between Realpolitik and Liberal ideology re the Russian  annexation of Crimea

How Did We Get Here?:The Strategic Blunder of the 1990s that Set the Stage for the Current Ukrainian Crisis- by Rajan Menon Tom Dispatch 2022-02-08

Putin says Russia, Ukraine share historical ‘unity’. Is he right? Al Jazeera 2022-02-25 A very quick overview with some notes about divisions within the Ukraine.

Explained: Ukraine’s many revolutions in the past three decades, their impact The Indian Express. 2022-02-26 The granite, the orange and the Maidan revolutions.

It’s Official: the Monroe Doctrine Is Back. And as the Latest US Attack on Cuba Shows, Its Purpose Is to Serve the Neoliberal Order Council on Hemispheric Affairs  2019-04-20

Was the NATO Invasion of Afghanistan Legal? By Rabia Khan E-International Relations 2013-11-06

Robert Fisk: The case against war: A conflict driven by the self-interest of America The Independent 2003-02-15. Note: To get some understanding of the massive disaster of Imperialism and the Middle East Robert Fisk’s “The Great War for Civilization: The Conquest. Of the Middle East” – is essential reading. Fisk winds history and journalism together in a brilliant book.

Ukraine: Another Failed NATO Adventure  Pravda – 2022-02-25  Interesting that Pravda was still accepting ads for US automobiles on February 25.

Teaching about the wars  from rethinking schools. Deals with the U.S. in the Middle East and Afghanistan – offers a template for approaching the discussion of warfare. Free

Making Sense of World ConflictFor secondary students – 8 lesson plans based on case studies and demographic information eg: Is it war?- Students will examine the language we use to talk about war and conflict using informational sheets that are cut up and are needed to be put back in order. 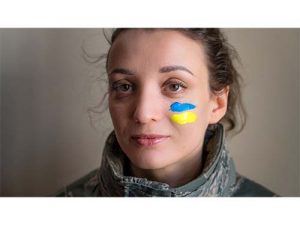 We’ll update as events unfold. If you have information you think we should have please write to us at: eatomag.18@gmail.com