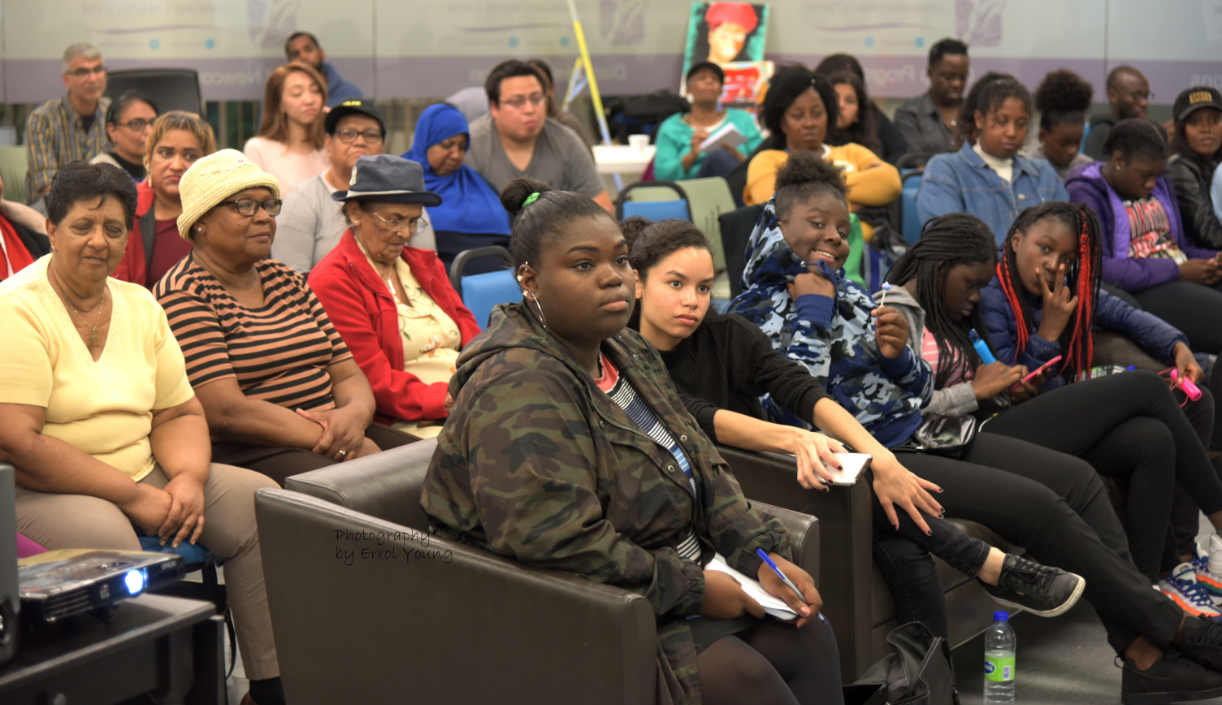 Things are changing for Westview Centennial CI students Cicely and Ashwad as they explained to about 50 parents, students and community activists filling the room at Black Creek Community Health Centre (BCCHC) on Monday night. A Child and Youth Worker who used to support kids making the transition from middle to high school is gone, lost to the cuts the TDSB voted to make back in June. So too, they say, are Education Assistants who helped to build connections between students – other adults in the school to help out when “mental health is a big deal for high school students.” 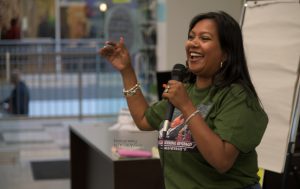 They were speaking at a meeting set up by Jane Finch Education Action (JFEA), a group that has been around for years working to help its community mobilize over cuts to its schools. Organizer, Butterfly Gopaul declared “this community has been fighting for education a lot longer than Ford has been around.” She noted how around 2011, when the Toronto District School Board (TDSB) was planning to close local schools, rather than fight one another, local school councils and neighbourhoods got together, started talking about what they could do to stop the closures. Jane and Finch, she said, was one of the few racialized communities able to keep their schools open.

Back in 2011, Ms. Gopaul said, it was the trustees who were trying to close local schools. Today the issue is the Ford government cuts that are affecting the whole TDSB – cuts the current crop of trustees voted for.

Anna Kay Brown, a coach at BCCHC pointed out that a lot of parents don’t even know what the cuts are, adding “we’re hearing about classes being closed, support staff being cut, class sizes increasing.” Westview Centennial, she said had closed 4 classrooms.  To date, the TDSB has not released any figures about changes at local schools coming from budget cuts and the Ford government’s policy of increasing class sizes. High school teachers on average will have 22.5 students in their classes this year. That ratio is slated to increase to 28 students by 2023. The Ontario government’s Financial Accountability Office estimates that by 2023 10 000 teaching jobs will disappear across the province. At the TDSB, 800 to 1000 teaching positions will be gone.

What students see changing at school 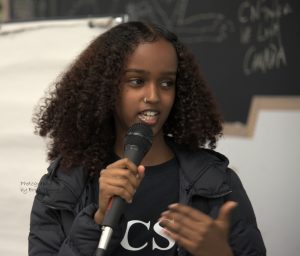 Meanwhile there’s the reality of what students actually face. Westview student, Ashwad says she’s already behind. She faces pressure to take the most difficult courses she needs to graduate because those are the ones available. Course sections have been cut, so there are fewer options for kids who want to balance their load between more and less challenging courses. Despite her concerns about safety, Ashwad is taking a night school course to work on credits she needs to graduate. Her schoolmate, Cicely told the group that she worries that her younger brother with special needs won’t get the attention he requires due to cuts across the Board.

Local TDSB Superintendent, Audley Salmon told the audience that each teacher position lost to a school represents 6 courses taken away from what the school can offer. Technical courses like electrical and auto shop require a lower pupil-teacher ratio to meet safety requirements. Cutting teachers makes it harder for students to get into courses like these. His colleague, Superintendent Helen Fisher said that there will be fewer adults in schools to help deal with the mental health of students. School budgets will be lower this year. Caretaking hours are down and the result is that classrooms will be closed. On the other hand, while Itinerent Music Teachers, hired by the TDSB to teach instrumental and vocal music, are reduced by 24 per cent, the number of instructors allotted to the Jane and Finch area are higher. 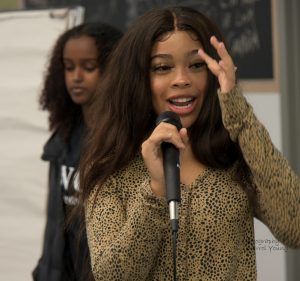 Local TDSB trustee Christopher Mammoliti defended the trustees’ decision to go along with $67.8 million in cuts last June, saying that he didn’t support the cuts, but the Board had to pass a balanced budget. He argued that, had it not done so, the TDSB would have been taken over and trustees would have no control over cuts. Mr. Mammoliti said that there is not yet any school by school documentation on the effect of these cuts.

After all of this discussion, the question remained: Where do you see kids and schools in five years? Audley Salmon, alone, responded predicting that students will be forced to learn different skills and tap into different resources. But, he added “kids are resilient;” they’ll be able to handle it.

Certainly students and parents in the room who spoke about taking night school course to fill out their timetables,  weren’t so sure.

All photos by Errol Young