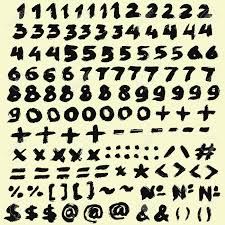 What is Doug Ford up to with math? Is his decision to make new teachers take a math test just another calculation to keep people off-balance?

His government is all about the art of distraction. It announces that it’s going to cancel the $100 million meant to go towards fixing schools then moves on to the next surprise, cutting the 2015 sexual education curriculum, then it’s sending home a curriculum writing team working on Aboriginal peoples’ history, “pausing” grants to enable people to talk to one another about their school just as it brings out the “biggest consultation ever” – something really meant to sell Ford Nation’s vision of educating young Ontarians to become little more than financially literate coders.

Sadly, teachers bear some of the brunt of this game playing. During the summer, it was the “snitch line” set up to let parents complain to the Ontario College of Teachers (OCT) if they caught their child’s teacher teaching the “sex-curriculum” as Mr. Ford liked to call it when he was campaigning back in May.

More recently it’s been Bill 48’s change to the Ontario College of Teachers Act that stipulates prospective teachers will now have to pass a Math test of some sort before they can be admitted to the College. They won’t need to pass a History, English or –  God forbid –  knowledge of sexual health test; or any other kind of test for that matter. Math is Mr. Ford’s flavour of the day and what he will now use to keep change moving, just in case he stops long enough for people to take a closer look at what he’s actually doing.

Doug Ford has got something against “discovery math”. During the election, he railed against the Liberal government which introduced it. He blamed it for the claim that only half of Ontario’s grade 6 students met its Mathematics expectations and said that he would “scrap discovery math and inquiry-based learning in our classrooms and restore proven methods of teaching.”

What proven methods of teaching?

As usual, it’s not that simple. One basic principle behind discovery or inquiry-based math is relevance. A child needs to relate what she is learning to the world around her. If she’s learning about the volume of a cube it makes sense to use real cubes to see what that means; if she’s taking up multiplication for the first time, she needs to see examples from life that apply to it – eg: if it takes about ten minutes to walk to school, how long does it take to walk there and back for a week. It gives kids a much deeper understanding of math and shows them how to apply what they’ve learned in the classroom to larger questions. Rocket science starts with practical math.

This method of teaching is not something new perpetrated by the Liberals or the NDP as some form of math ideology. It’s not designed to force little children march lock-step into discovering how math relates to the world. It made its appearance back when Mr. Ford was in elementary school, as educators became increasingly fed-up with the old “drill and kill” method he now seems to promote, that had kids rote learning concepts that made no sense – memorizing rules like : “on a right triangle, the square of the hypotenuse is equal to the sum of the squares of the two other sides.” 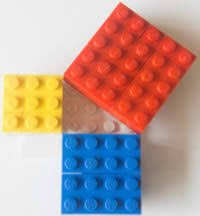 That is, it made no sense until students had a chance to work with triangles and figure out how the above Pythagorean Theorum works.

Mr. Ford says that math scores are going up in every province except Ontario, but he’s misleading. He ignores the fact that many other provinces’ scores on the Pan Canadian Assessment Program (PCAP) were below average back in 2010 when kids were first assessed. Some of them, like BC, New Brunswick and PEI clearly pulled up their socks and are posting scores in average range. Ontario has always been average – it just didn’t get any better than average – which is what average is all about. Discovery math might have helped Mr. Ford understand that average is normal.

What about those low Grade 6 results on the last year’s math assessment run by the Education Quality and Accountability Office (EQAO)? Only half of them met the provincial standard and Grade 3 results have been declining lately as well. The Ministry of Education decided to throw $60 million at the problem and mandate 60 minutes a day of “protected math learning time.” This is all despite the fact that on the 2015 Trends in International Mathematics and Science (TIMSS) assessments, a sample of grade 8 students Ontario and Canada as a whole, scored well above the middle in math. The grade 4 sample of kids wasn’t as proficient but still scored significantly higher than the middle of the pack.

And rather than assume that discovery math is a problem let’s look at what students have to learn and how they are tested in the province.

The Ontario Mathematics curriculum is stuffed with details students are supposed to learn at each grade. But it doesn’t prioritize them. It assumes that all Ontario kids can somehow manage this huge amount of work.

For instance, in the words of the official Ontario Mathematics Curriculum, grade one students in their first year out of kindergarten “will” order whole numbers, demonstrate conservation of number, relate numbers to the anchor of 5 and 10, identify various coins, compose and decompose numbers up to 20, learn basic fractions, count forward and backwards by 1s, 2s or 5s to and from 20, solve problems using a variety of mental strategies – and that’s just a few expectations. There’s still measurement, geometry, patterning and algebra and data management to go. It’s a testament to children’s resilience and intelligence that they even make it grade 3 and the EQAO.

And speaking of the EQAO, there is one question that everyone who assesses a child’s learning needs to ask: “What am I testing here?”

Look at this one question from EQAO grade 6 Math booklet for 2017:

“Which of these experiments has an outcome with a greater theoretical probability than the others?

Experiment B: Spinning the arrow on this spinner and the arrow landing on an even number. (shows a spinner labelled 2, 4, 1, 2, 3)

Justify your answer. Include theoretical probabilities for all three experiments?

So, what should we scrap? Certainly not “discovery math”. Instead revamp the curriculum to make it feasible to learn and practice. Instead, scrap EQAO – a poor assessment that fragments genuine math development rather than assessing it. Spend the time you save on teaching math that relates to children’s experiences and may be put to practical use in everyday life as well as other subjects in school. 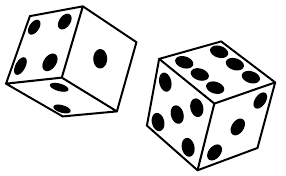