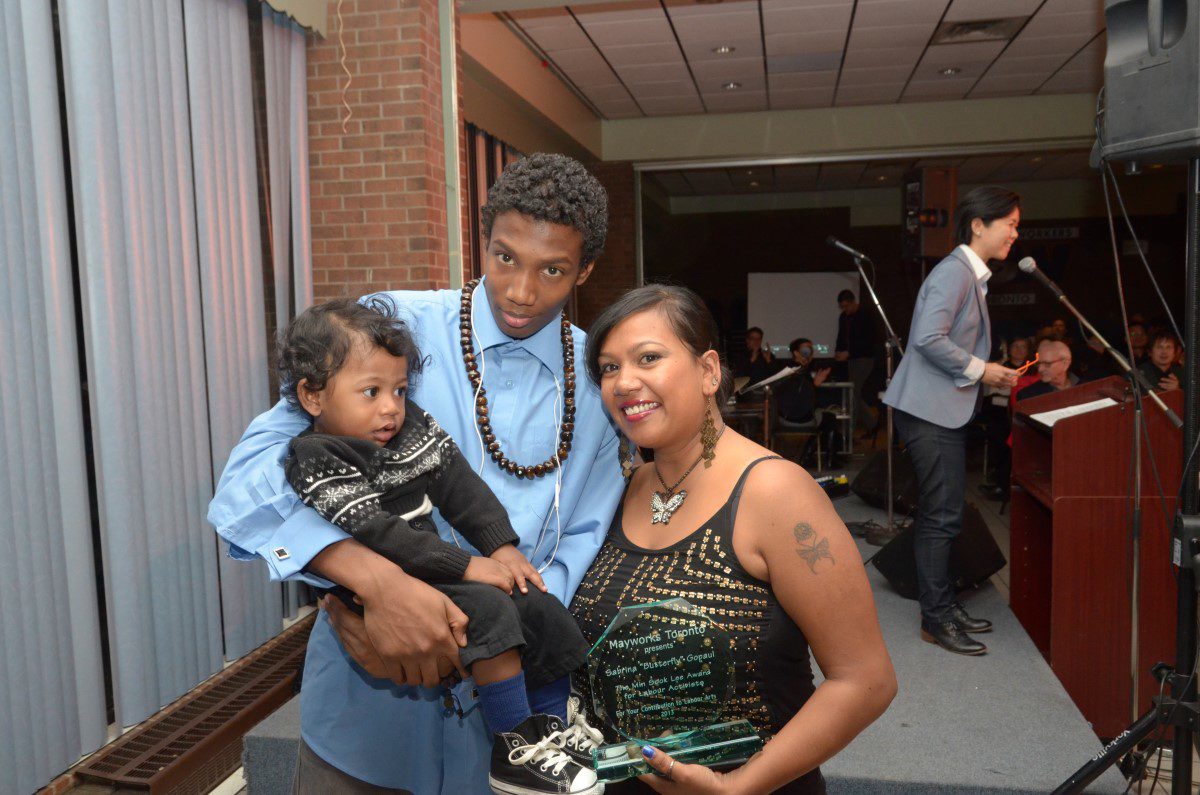 Toronto faces its most chaotic election in memory. Wards will be twice the size and harder for local politicians to keep in touch with their constituents. And it will be much harder for newcomers to launch a campaign against someone who’s been in office for years. If you think that raising money to print leaflets, buttons and signs is tough for someone starting out in a ward of about 60 000 people, imagine one twice that size. The same goes for organizing a campaign team.

Incumbents have a big advantage in Doug Ford’s vision of Toronto.  They already have name recognition, no matter how much work they’ve done in their wards. They know the system and who owes them favours. Breaking into this club is a formidable job.

And yet there are people who don’t care about the odds. Maybe they’re used to the hill they climb. Maybe they’re just sick of old pols like Georgio Mammolitti calling their neighbours “cockroaches” that scatter when you try to get rid of them.

One such person is Sabrina Butterfly Gopaul running for Toronto District School Board trustee in Ward 4.  She works with Jane Finch Action Against Poverty (JFAAP)  a group of community residents and organizations fighting to counter government neglect of housing, transit, employment and schools in their neighbourhood while they work to build it up.

Butterfly represents her neighbourhood in her drive to stand up for it, but also in what she’s had to face. She’s from the first generation born in Canada of her family from Guyana who moved into the Regent Park community. Butterfly went to school in Ossington and College area downtown and then moved up to Jane and Finch in the ’80s. She’s had serious challenges, living in group homes and on the street as a young person.

But she also graduated from Humber College School of Journalism where she learned how to connect with media and tell the stories of her community.

Much of what she represents comes from supporting her children. She was young when her first son was born. She had trouble making ends meet, spent time in a shelter and eventually moved back to Jane and Finch where she could get into affordable housing.

Butterfly had to deal with the barriers on black kids in the public school system – being talked down-to she says, by the principal of her son’s school, pushing against labelling him when he ran into some difficulties early on. When he graduated from elementary school, she worried about the local middle school and the peer group there. So she moved him to another one that offered more resources and support – but less stigma.

“My experiences were fueled by what my son was going through,” she says. And it led her to a different view of her community- how issues like government neglect just fueled poverty, crime and despair and how these brought government intervention like more aggressive policing, more calls to Children’s Aid Society (CAS) and then more stigmatizing of everyone who lived in the neighbourhood.

This is the place where the Ford government’s Community Safety and Corrections Minister, Michael Tibollo thought he had to wear a bulletproof vest while touring the area. He talked about how he’d visited “sites that had previously had bullet-ridden people killed in the middle of the night.” Tibollo, by the way, heads Ontario’s anti-racism directorate.

As a member for JFAAP, Butterfly was interviewed by CP24 News and said, “What a disgusting comment for the director of anti-racism to say about a neighborhood that’s been excluded for decades,” adding “It’s so hurtful that this vibrant beautiful resilient community, working poor, racialized community can feel that kind of tyranny from that minister. He needs to step down.”

Butterfly doesn’t mince her words. Asked why she wants to be a trustee, a role that’s been in the middle of cutbacks and criticism over the last 20 years, she says simply “because I have a little one in the school system.” She says when she moved there in the ‘80s, Jane and Finch was “vibrant working-class community” but since then, racialized working people have been treated in a “disgusting way.”

Resources rarely trickle down to her neighbourhood and she says parents have pain and fear for their kids. She speaks of photocopying textbooks for students in school and that recently bits of tar dropped on students’ heads as they sat in their 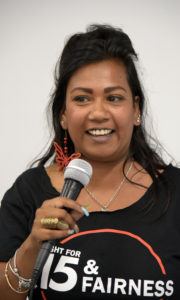 What Butterfly and her group JFAAP would like for the community schools is straightforward:

Trustees haven’t had the power raise taxes for a generation; the number of schools they cover were changed this summer by a government with little interest in representation. Who knows what Doug Ford will suddenly wake up and decide to do one day to whatever remains of school boards? But in the meantime, Butterfly believes trustees can “agitate, organize and aggravate.”

Those who are familiar with her skills at organizing and raising awareness know this isn’t empty rhetoric.