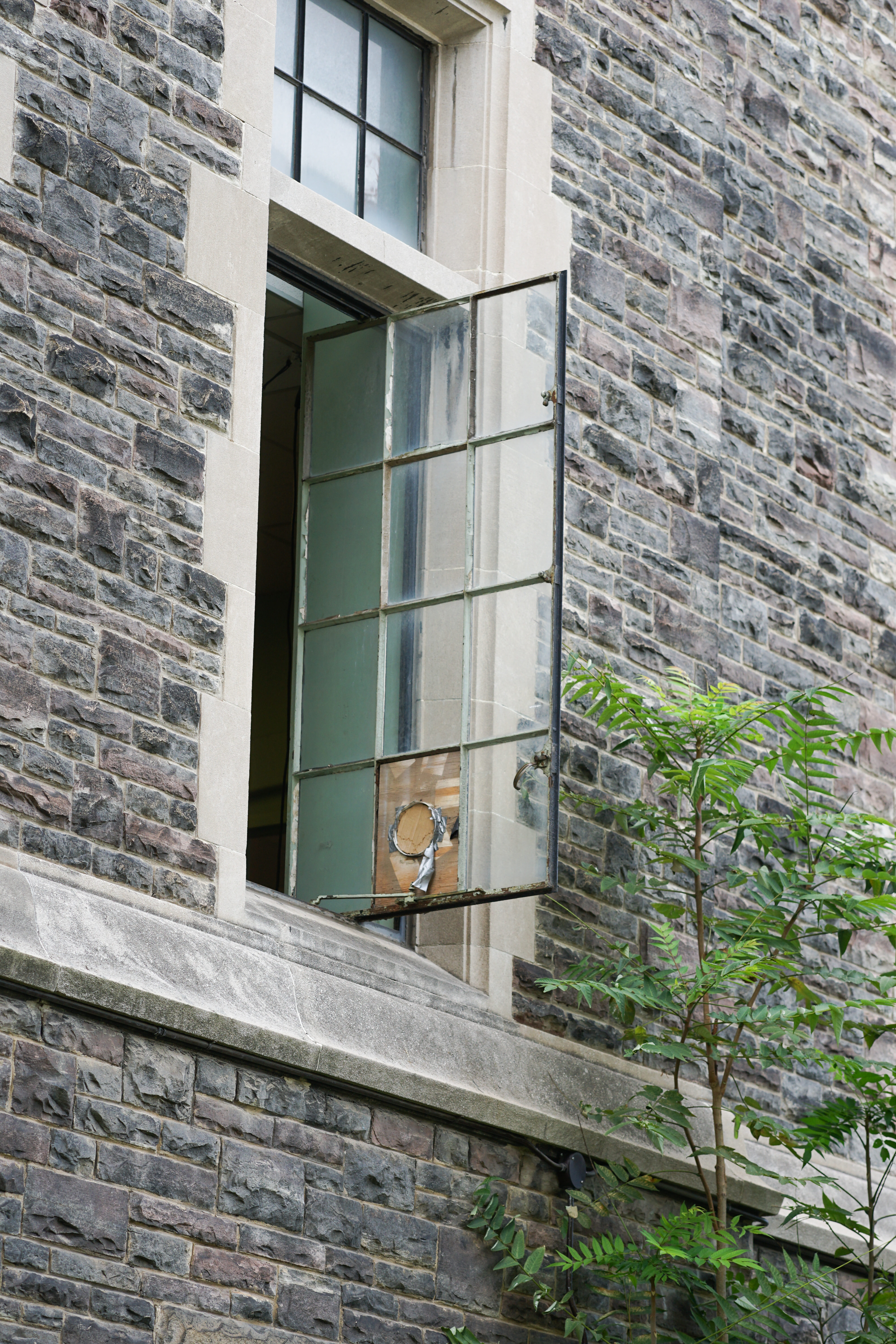 School buildings: Will the Tories let them fall apart?

You own something – a house, a car, a stove, pair of shoes – anything worth keeping up. Sooner or later it comes time to maintain it because things don’t get better from neglect – they fall apart.

You can see this in so many schools across the city, built decades ago by smaller school boards watching their money – not putting up anything too extravagant, but still showing civic pride in their nicely carved stonework, spacious hallways, welcoming entrances and so on. Look at Central Technical School with its student gargoyles carved into the front entrance. How about even more modern schools like Yorkwoods PS right at Jane and Finch? The building is plain but surrounds a lovely courtyard.

These buildings were once maintained with local tax dollars back when school boards could raise the funds they needed. Maintenance represented stability in a community – another old conservative tenet.

That’s sounding more and more like something from an old tale: “Once upon a time there were good schools in Ontario, where tar didn’t fall on you, where the paint wasn’t peeling off the walls, where washrooms were safe…”

The reality is, that the Conservative Party really isn’t conservative. Back in the 1990’s it amalgamated school boards across the province and took away their ability to raise funds. They, and the Liberals who followed them into power, allowed schools to fall apart. In a report last year for Campaign for Public Education (CPE), economist Hugh McKenzie wrote that sixteen years ago, the backlog for maintenance alone was a whopping $5.6 billion.

Since then the province, under both Conservatives and Liberals, according to its own Auditor General should have been spending $1.4 billion a year to keep schools in reasonable condition. The truth is that the province was spending anywhere from $150 to $500 million per year. Between 2011 and 2014, when the province ought to have spent $4.2 billion, it laid out $450 million in repairs.

School boards across the province are now $15.9 billion dollar behind the eight ball for repairs. It’s a staggering amount that threatens public education.

And now we have yet another batch of Conservatives – talking a lot about saving money for average Ontarians while it proceeds to cut their services.

Premier Doug Ford, promised “efficiencies” in government to pay for the cap-and-trade program he dropped. One of his first moves was to cut the $100 million dollar Greenhouse Gas Reduction Fund (GGRF) that was to help pay for making school buildings more energy efficient by replacing windows and upgrading mechanical systems.

Here, the Toronto District School Board (TDSB) was supposed to get $25 million under the program and had already spent $4 million. The Ministry of Education just told it and other boards across the province to shelve any plans not already underway. Right now the TDSB faces a $4 billion shortfall in repairs and maintenance, so decisions about what to do are based on triage – repairing what’s unsafe or what can’t be put off any longer. The $25 million would have helped.

It’s no question that our school buildings are underfunded, but why? In 1997, when the province took over funding schools, it came up with a formula it would apply to every school board no matter where it was or the local cost of labour. It sounds crazy, but even the age of schools wasn’t taken into account if they were more than 20 years old.

The province did agree that if a school wasn’t filled with students, the school boards still needed to heat, light and maintain it. So it would provide a bit of top-up money for some schools that were less than 80 percent full. But that top-up funding withered away, and now there just isn’t any – unless schools are at least 10 kilometres away from each other.

In June 2016, the Liberal government of Kathleen Wynne finally lifted its head, looked around at the state of schools and said it would spend the $1.4 billion per year needed to maintain them.

It still leaves that $15.9 billion backlog. How does that breakdown for local schools?

Here are some recent examples provided by the organization Fix Our Schools:

Closer to home, the TDSB with a $4 billion repair backlog on its 583 schools decided to publish repair needs for each school on its website. You can find it by clicking on the link and typing in your schools name.

Here are some examples:

What can you do?

Get together with others and use the information from each school’s “Renewal Needs and FCI” to ask the local school principal about progress on repairs. Ask her to note your call and pass your question or concern along to the TDSB facilities department. The principal doesn’t like a deteriorating school any more than you and can certainly use the support.

One group is focused on improving the state of schools across the province. Fix Our Schools has organized rallies and writing campaigns to school board officials and MPPs and keeps people in the school community informed.