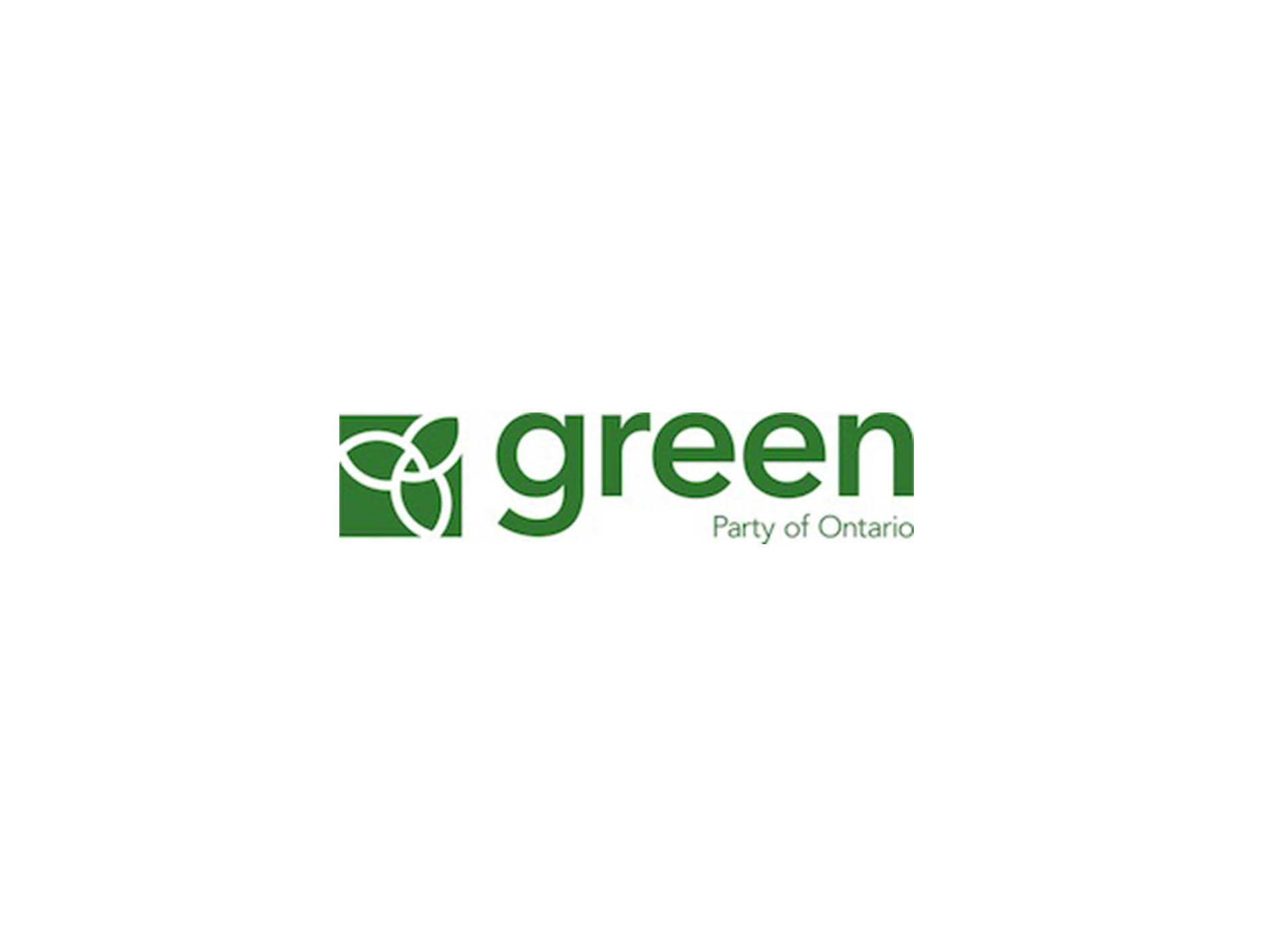 Here is our interview with leader of the Green Party for Ontario, Mike Schreiner. It  was recorded on May 14, 2020. and has been edited slightly for conciseness and clarity.

For you and the Green Party, what are the key issues that need to be faced over all in education – in light of a generation of provincial control over education as well as your own party’s policies on the environment?

I think the number one issue facing education right now is ensuring that the provincial government makes the types of investments that need to be made to ensure high quality public education. The funding backlog we have in terms of the capital repair budget is unacceptable and we have to close that gap. 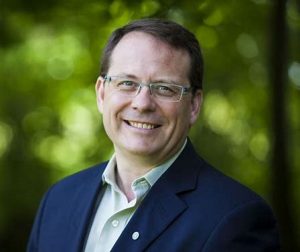 We’ve been calling for a review of the funding formula for over fifteen years now. The funding formula, from what I see, has two major flaws. One, it doesn’t take into account need. So we know that some schools have higher-needs student populations and need additional resources to serve those students. And we also know that in rural communities we’ve seen significant closures of schools – which is particularly problematic in single school communities because the school is such an anchor of a community. Losing those schools can be pretty devastating for a community. So the fact that the funding formula doesn’t adequately reflect one of those aspects, I think is really important.

Exactly, we’ve been asking for this for over fifteen years. The Harris government changed the funding formula and sadly, the Liberals never fixed it. I don’t have a lot of hope for where the Ford government is, so I’m going to keep pushing for that.

And then, more recently, we’ve strongly opposed the direction the Ford government has taken education. The proposal to increase average class sizes, we’ve strongly opposed. We saw, even an increase from 22 to 22.5 ( September 2019) had negative effects on student experience – program cancellations, class cancellations- which is highly problematic. The proposal of 28 (for secondary classes) was just ludicrous but 25 and even 23….

Do you think that was a bit a gambit- going to 28 – thinking that everyone would freak-out over this and then bringing it back down, to what seemed more like a compromise?

Yeah, I think that was their plan, though credit to the teachers’ unions and the public who saw right through it and worked so hard to maintain class sizes.

Two final things I’ll say: One is we need increased funding for mental health services in our schools. Particularly given the COVID-19 situation, that’s become an even bigger issue. And I think as part of that is that we need to have more supports in our schools particularly for students with special needs. So, we need more EA’s (education assistants) counsellors, Social Workers – those types of supports in our schools to support students with mental health challenges and those who have special needs. 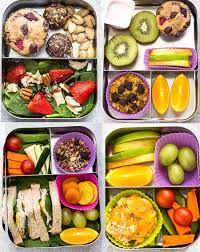 The final one for me, which I think is so critically important- it doesn’t get talked enough about- is school nutrition programs. We know a lot of students go to school hungry and we know that has a negative effect on students’ ability to learn. Enhancing school breakfast and lunch programs – Canada is the only G7 country that doesn’t have a national school food program. In the absence of a national program, I think we should have a provincial program that is well-funded and ensures students have access to adequate nutrition.

I did a lot of work prior to going into politics about ensuring access to local sustainable food in our public institutions, so I was working with schools, universities, hospitals, municipalities etcetera. Most European countries, France and the UK in particular, are far ahead of Canada when it comes to school nutrition. And related to that – this is more of a curriculum issue – is just teaching people how to cook, how to handle and use food. I think it’s so critically important- we have so many people who don’t even really have basic cooking skills- so essential to people’s health and well-being.

We take the view at School that the previous Liberal government and the current Ford government sees education from the perspective of market economics. Do you agree with this and how would the Green Party view education differently?

I think it’s much more important to teach students basic skills, critical thinking skills to make sure they have that solid educational foundation that they can adapt to a changing world. I find it quite problematic – this whole emphasis on careers in schools.

The role of school boards has been hugely controversial since the 90’s in Ontario. What role do think school boards play today in education? What do you think will happen to them under the Ford government?

First of all, I think school boards and the work of trustees have an important role to play in our communities. The Ford government and conservative commentators tend to vilify school boards and the work trustees do. I think that’s wrong. I know, in my own role as an MPP, I communicate and liaise with school board trustees from my riding all the time to discuss issues that are happening within our schools. I think trustees play a really important role of ensuring equity within our schools and understanding the special needs or issues that local schools may be dealing with and how you address those, because the province isn’t the same. Issues that schools, teachers, students, parents face in downtown Toronto are much different than a remote northern community or a rural community in southwestern Ontario, or even a mid-sized city like Guelph. The issues we are dealing with are much different than you would see in a place like Toronto, Hamilton or Ottawa.

Taking into account the regional and demographically driven differences, I think school boards play a really important role in ensuring that the voice and the issues, needs, concerns of the local community as felt within schools.

Can you see additional powers they might have if things were changed?

One example of that is school closures. Local school boards have been put into some really impossible situations when it comes to navigating school closures, mandated from Toronto that they are forced to implement.

First of all, I see the movement towards mandatory e-learning as the thin edge of the wedge to open up privatization within our schools. A lot of companies – U.S. based companies in particular that are delivering e-learning right now in the U.S – are probably salivating at the opportunity of entering a market like Ontario. So, I continue to oppose mandatory e-learning, not only because I think it diminishes the quality of education for students, but because I see it as an opening to privatization. 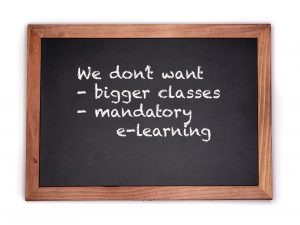 things like that – will go there because the public is so off-side the government moving in that direction. I don’t think that they could politically withstand the public opposition to it. The only thing I would say to people – to voters – is to remain vigilant. The way in which the teachers’ unions and the public came together to oppose an increase in class sizes and mandatory e-learning, I think, sent an important message to the government that they don’t want to see the government diminish or dismantle our public education system, that indeed the public is wanting additional investments in high quality public education.

Something that stood out on the TDSB’s budget last June 2019 were increased fees to be paid by kids going to activities like outdoor education. Fees are a real problem for schools that don’t have much money to begin with. Do you have any comment on that?

I find those types of fees deeply troubling from an equity standpoint and I think we need to be increasing investments particularly in some of the grants to parent associations to help address inequities across different schools. One of the fears I have – and this goes back to the opposition to increasing class sizes – is that certain important programs tend to be the first ones on the chopping block when that happens; ones that require lower student / teacher ratios like outdoor and environmental education, skills like trades and STEM (Science Technology Engineering Math). Some of those specialized, highly valuable educational experiences are lost. In my community, a program that was targeted to vulnerable at-risk young people was cancelled due to the increase in class size ratios. They tried to do some fundraisers to save the program, but from my perspective, those types of vital programs should be funded through public dollars and not through bake sales.

Would you like to talk about any aspects of education are that are particularly dear to your heart?

I think one of the areas that we need to look into is curriculum changes that enhance education around challenges that we’re facing. Specifically, I’m referring to the climate and ecological crisis that we’re facing. Our school system, I’m worried, is not adequately preparing young people for that future. I think there need to be some curriculum changes in that regard. 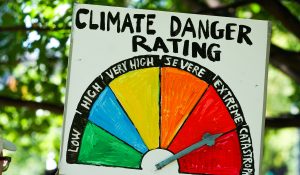