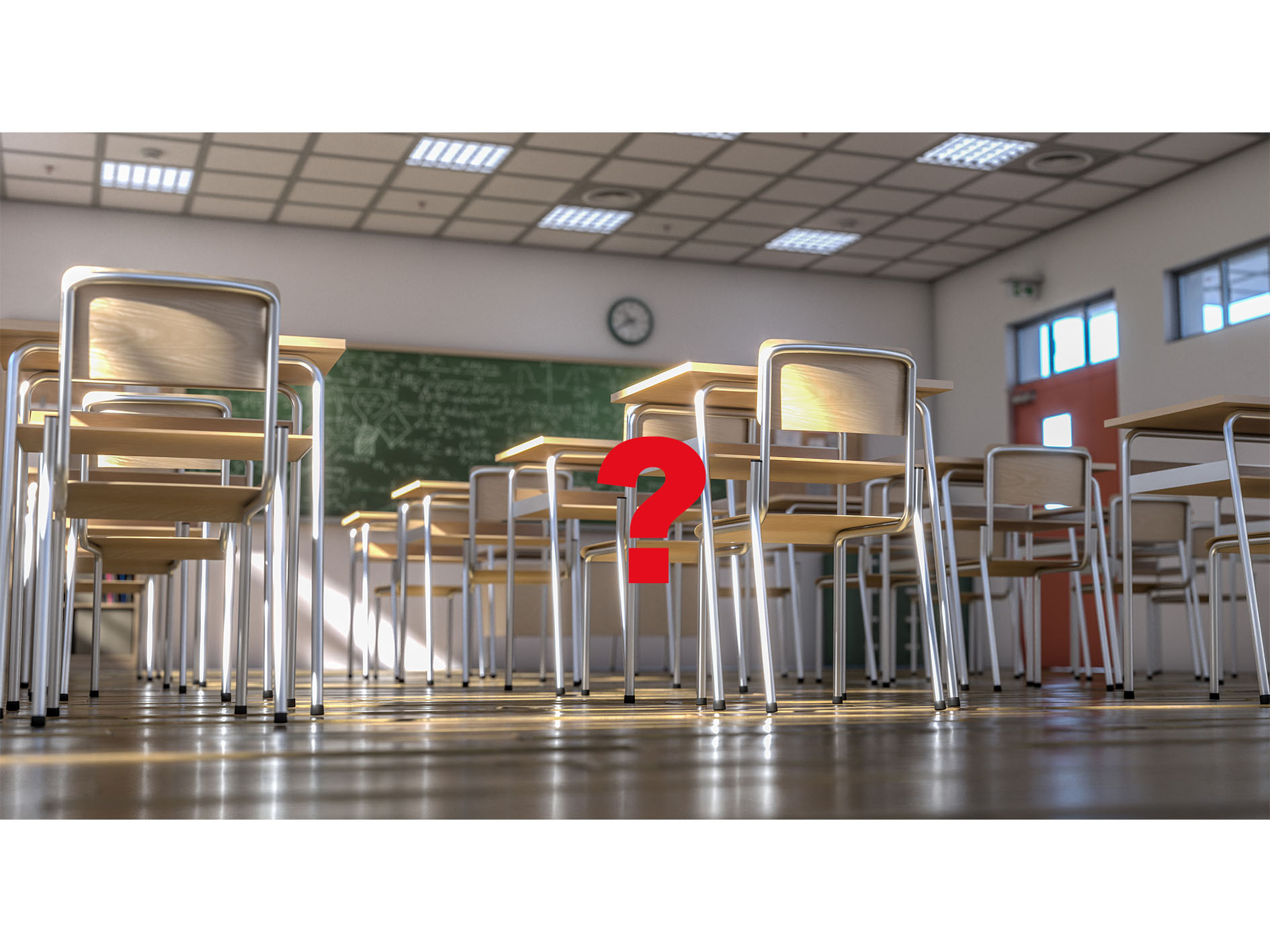 Some teachers are preparing for school by preparing their wills

Normally, teachers spend their summers teaching summer school, taking courses, or preparing for their classes in September. This summer, some of us are preparing differently for the fall: we’re updating our wills.

Yes, these are good times to be an estate lawyer. Wills are the hottest topic among teachers on social media at the moment. Four months ago, we were sharing sourdough recipes. Now we’re sharing tips on estate planning and exchanging names of legal firms. The educator’s insurance company Teachers Life is even offering $50 rebates to teachers who make a first-time will, with an extra $50 bonus if we designate a power of attorney. This is even better than the teachers’ discount at Staples.

Teachers are planners, and planning for our deaths is a logical response to the prospect of being forced back to work without assurance that there will be adequate safety measures or funding in place to ensure that our return to work does not kill us and our students.

And we have reason to be alarmed.

First, we have the example of other jurisdictions, like Israel, where a second wave of COVID-19 infections was ignited by the premature reopening of schools, and where one teacher recently died after earlier warning that parents were sending their kids to school sick. This is a clear risk here too given that many working parents have no paid sick days at their places of employment and cannot afford to keep their kids home. In Alberta, which has seen a recent spike in infections, the Jason Kenney government announced that schools would be reopening at full capacity with no reduced class sizes and no obligation for students to wear masks (although, ever on the lookout for ways to undermine the public education system, he reassured nervous parents that the government would provide support for them to homeschool their kids if they were nervous about sending them to school).

The Alberta model has already been tentatively adopted by the Toronto Catholic District School Board, which voted on Thursday that if the government mandates a full reopening, they would do so with no reduced class sizes. When asked on Twitter why the board was not enforcing the wearing of masks, Trustee Norm Di Pasquale said it was beyond the ability of schools to enforce a requirement that was not required of public health, a bizarre argument from a board that regularly enforces the skirt lengths of female students.

Second, it’s our bad luck in Ontario to be stuck with a government composed of people who went into politics — not to better manage government programs and institutions — but to dismantle and privatize them. Now these same people have found themselves in a crisis situation that requires thoughtful management and intervention. We have the wrong people in charge at the wrong time. Staffers who pick up the phone at the Ministry of Education have started telling people that the ministry has stopped taking inquiries about education. Perhaps they just want to trade gardening tips and talk about their favourite TV shows?

Finally, with barely six weeks left before school starts, the Ontario Ministry of Education has provided no clear direction to school boards, and only a fraction of the money needed. However, the Ford government’s hasty passage of Bill 197, which now gives it the power to change the Occupational Health and Safety Act at will, is not reassuring to those of us who are worried about walking into a death trap.

My employer, the Toronto District School Board, has put forward several possible models for opening schools, but most of them require money — as much as $250 million, in the case of one model. Unfortunately, what little money the provincial government has so far pledged to cover the costs of reopening schools safely — a 2 per cent increase in the grants for student needs — is actually just a restoration of cuts they had already made the year before, when we were already desperately underfunded and our schools were crumbling. As treasurer of the Waterloo Region District School Board stated during a board meeting last week, “The Ministry [of Education] has been very clear that there is no additional funding to support COVID at this time.”

No surprise then that according to TDSB spokesperson Ryan Bird, the board is leaning toward the cheapest of their proposed models, which is to resume schools full time with regularly sized classes of 30 or more, but with “additional, unspecified health and safety protocols,” whatever those are. (I vote for hazmat suits.) Since the Mike Harris era, most schools have operated with a skeleton crew of custodians who have struggled to keep washrooms stocked with soap, so the absence of any news that boards will be hiring additional caretakers is very alarming.

Unfortunately, with barely six weeks left to go until the start of school, the time to be hiring extra cleaning staff is running out. Similarly, if school boards wanted to open full time while ensuring adequate physical distancing measures by keeping class sizes low and opening up unused public facilities for classroom use, that process would have needed to start weeks ago, so it’s clear that won’t be happening either.

Lucky for us in the TDSB that both our director and chair of the board have just stepped down and Bill 197 allows for the appointment of a new director without any background in education. Hopefully it’ll be someone with a background in public health.

Despite the absence of a clear financial commitment from the provincial government to ensure the safe reopening of schools, the political pressure to open them full time is enormous and growing. Kids are depressed and missing their friends, parents are desperate to get back to work, and governments at all levels are eager to get the economy back to some semblance of normality before the public either turns on them with pitchforks or begins making demands like universal basic income and free child care.

The desperation to reopen schools fully and full time can be heard in almost every parent chat group and newspaper op-ed, and it’s creating a climate where too many people looking for short-term relief are prepared to throw caution to the wind. It doesn’t help that the news is so dominated by the United States’ degeneration into a plague state that any public health response short of recommending people spit into each other’s faces seems balanced and responsible by comparison.

Sick Kids Hospital last month inadvertently fuelled this climate of incaution by releasing a series of recommendations for reopening schools that were alarming in their laxity, including recommendations that students not be required to wear masks or to physically distance themselves during outdoor play. The recommendations were based on a Swedish study that has since been criticized as flawed, and it ignored the risks of staff infecting each other, though infectious disease expert Zain Chagla, in a recent TVO interview, noted that this has actually been a driving factor in the spread of infection of health-care workers in hospitals.

Despite all this, some parent groups continue to latch onto the Sick Kids report as proof that schools can and should open as usual, and these are dangerous demands with a tight-fisted government.

The Sick Kids recommendations were made out of concern for students’ mental health and the recognition that most did not fare well under emergency remote learning. But you know what else is bad for mental health? Death. It’s difficult to maintain a sense of well-being when you’re hooked up to a ventilator or dead. It’s also not conducive to good mental health to know that because you passed on your infection you are indirectly responsible for the deaths of your teachers, friends, and family members.

And make no mistake, without adequate funding and proper safety plans, there will be deaths. The question is how many the public is prepared to accept for a return to business as usual.

In the meantime, as we wait this week for the announcement from Education Minister Stephen Lecce about what the plans will be for the fall, I’ll be completing my will and collecting my $100 rebates from Teachers Life. I’m hoping it’ll cover the cost of bagels at my shiva. My family eats a lot of bagels. 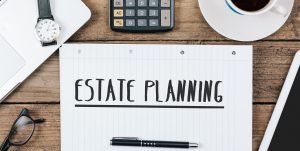 Jason Kunin is a Toronto teacher and writer.

This article appeared in

on July28, 2020 and is reprinted wth the author’s permission.