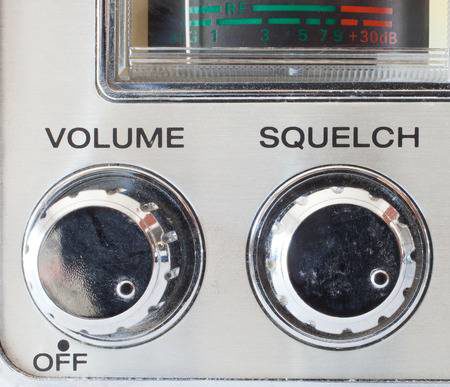 How do you square it? On one hand, you have the Ford government’s “biggest consultation ever” and on the other, that same government trying to stop people from speaking to one another or at all.

Up until recently, parent councils across the province have been able to receive up to $1 000 through the Ontario government’s “Parent Reaching Out” (PRO) grants to set up events regarding cyberbullying, equity, Math nights, introducing new parents to the school and so on. The point of these grants was to “remove individual and systemic barriers to parent engagement” in Ministry of Education bureaucratese or in other words, get over economic, geographic and other communication hurdles that make it hard for parents to get together and talk about their children’s education.

They could spend the $1 000 on workshop materials, speakers and facilitators’ fees or something for the local parent lending library, for example. It was especially helpful for schools in lower income areas, that don’t have the fund-raising base for extras. Parent groups and school boards could even apply for up to $30 000 for projects covering a larger area. Overall, the grants amounted to $3 million a year, not even a scratch in the roughly $27 billion operating budget for the Ministry.

Then Ford government decided on the spur of the moment, without telling anyone in advance, to “pause” the PRO grants.

What happened? As Doug Ford claimed during the election last spring, his government would find “efficiencies” in order to pay for losing about $2 billion per year from the carbon cap and trade programme of the previous Liberal government, as well as lost revenues from lowering gas prices and taxes. That means cutting what the government doesn’t want from budgets.

According to Ministry spokesperson, Heather Irwin, no decisions have been made about the future of the PRO grants, but “the government is continuing its line-by-line review of expenditures. As such, the government is taking the necessary time to review all programs, including the PRO Grants Program, to determine next steps.”

Nonetheless, according to Ms. Irwin, the government is committed to ensuring that parents have a voice in their children’s education and points to the province-wide online and telephone consultation as evidence.

NDP Education critic, Marit Stiles has different view. The move is “completely counter to everything the government has said” about supporting parents.

That’s one issue. A related one has to do with Ontario Physical and Health Education Association (OPHEA). OPHEA is a not-for-profit group that has provided teaching resources for health and physical education since 1921. It supported the 2015 Health and Physical Education curriculum and opposed the Ford government’s decision to repeal it. In a statement on its website OPHEA said that it was “disappointed” with the move and that it believed “students have the right to learn from an up-to-date, research-based Health and Physical Education (HPE) curriculum that includes human development and sexual health (“sex-ed”) education.” Not a ringing endorsement of the change, but certainly not a call to arms either.

OPHEA has also called on the Ford government to “re-engage with partners” to get the Aboriginal peoples’ curriculum writing team moving again.

As reported only by Queen’s Park Briefing, a subscription newsletter, OPHEA suddenly lost its funding to support the HPE curriculum at the end of October. Education Minister, Lisa Thompson blamed it on OPHEA fighting Ryan’s Law back in 2015. She added that she wanted to make sure all investments in the classroom make a difference and that her ministry is already holding a consultation on issues from Science Technology Engineering and Mathematics (STEM) to sexual education.

What makes this all hard to swallow, is that OPHEA didn’t fight Ryan’s Law, legislation named for 12-year-old Ryan Gibbons who died from an asthma attack in 2012 after his school repeatedly took away his inhaler. On the contrary, it argued in 2014 that the law needed to go beyond addressing the use of inhalers to something more comprehensive that would deal with other conditions like anaphylaxis, Type 1 diabetes and epilepsy.

If it isn’t opposition to Ryan’s law, what is really going on here? Is the Ford government just miffed about OPHEA’s advocacy work?

When contacted to comment on the cut to their grant, OPHEA spokesperson, Ruth Kates was open to setting up an interview, but later said the organization would not be providing any comments. This doesn’t surprise NDP Education critic Marit Stiles who says that other organizations whose funding has been put on hold are hoping they might get it back and don’t want to rock the boat. It’s “sent out a chill” as far as comments go.

Taken together, the carefully orchestrated consultation, the grant “pause” on parent councils and the unfounded funding cut to OPHEA illustrates a government that is out to control and limit discussion and squelch what it doesn’t want to hear.