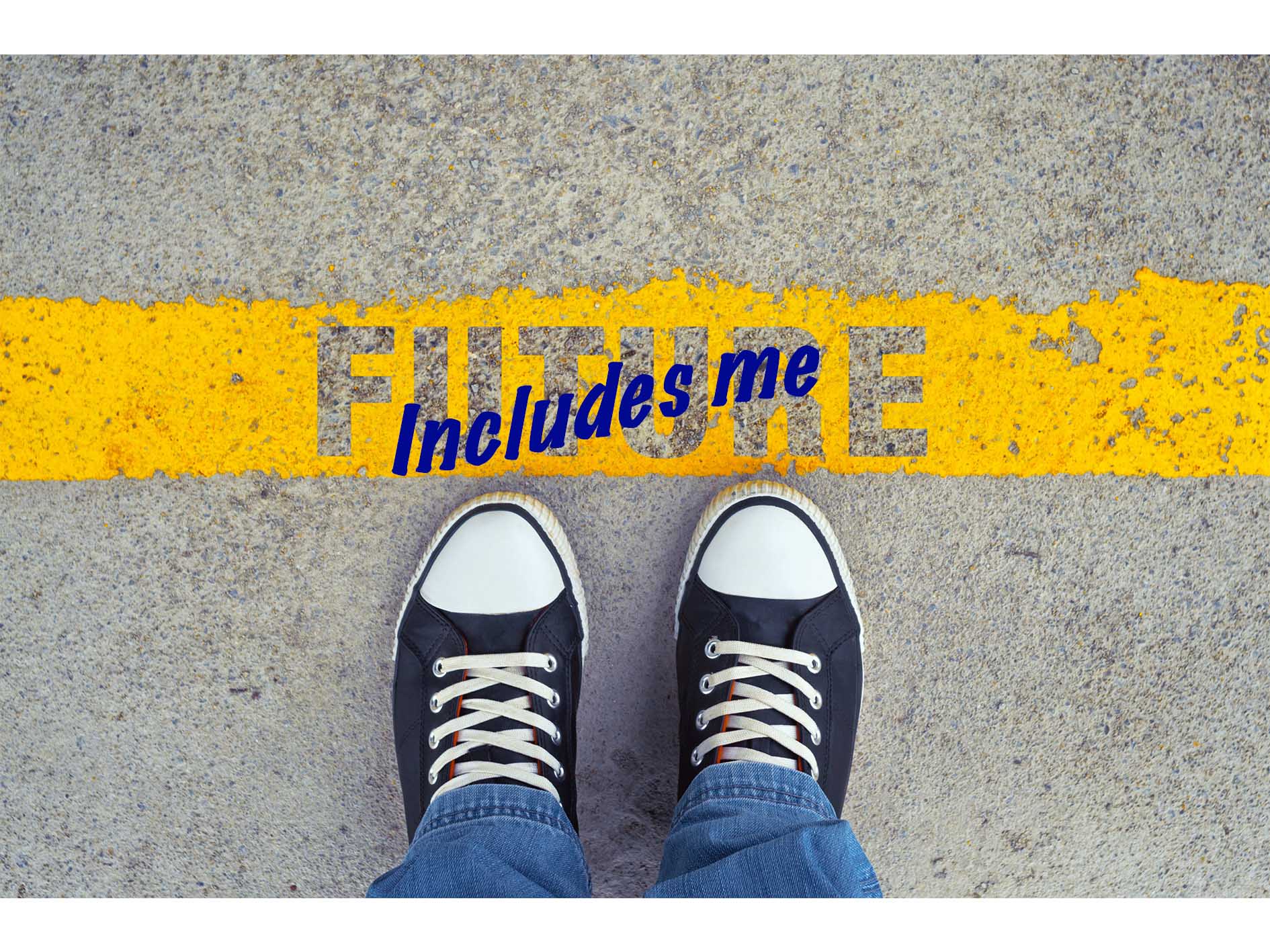 Success Beyond Limits: Students active in their futures

“ T… has not returned to class. Could somebody have a look for him.”  – office intercom message.

How many times did I hear that as principal of a K- 8 school – or some variation? “T” was usually somewhere else. He or she was walking the hallway, in the washroom – maybe sent to the office by a teacher, a patient person who needed a break. One to one, T was fine – often engaging, would have loved to spend time running errands, watering plants, helping the caretakers – anything but sitting in the classroom. There were plenty of reasons for that: She had trouble focusing, needed to move around. He got extra help in the resource room and was embarrassed about it. Her name had been put forward for years at the school’s special education team but was she still academically behind her friends. He didn’t have a lot of friends. A social worker had met with her family over the years. He’d been transferred routinely – probably since grade 3 or 4.

It was no surprise to anybody who had even a cursory understanding of T, why she was drifting. The very idea that he’d envision any sort of future for himself was anathema. Avoidance was the key to getting away from the stress, sense of loss and failure that came with interacting with kids she was sure were smarter. If they passed out Master’s Degrees for circumventing a good  education, T would get a PHD. T was definitely smart, he just didn’t understand it – not yet.

The thousands of Ts in the school system need guidance beyond what typical schools are set up to offer.

That’s where Success Beyond Limits comes in for students at Westview Centennial C.I.  – helping them understand possibilities for a future that includes them. 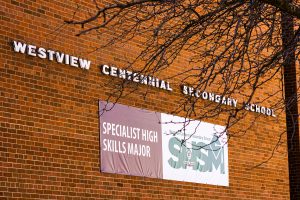 Before the programme surfaced in 2010, it had been clear for a long time, that many Westview students were having trouble making the transition between middle and secondary school. Community groups were worried about higher rates of suspension and expulsion vs. lower rates of graduation at the school, according to Professor Don Dippo at the Faculty of Education, York University.

He was a member of a group called Caring Village which had started to investigate issues like housing, recreation, education and food insecurity in the Jane and Finch neighbourhood – how different organizations and community members could do something to improve conditions. Caring Schools was open to members of the community and organizations like Black Creek Community Health Centre, Jane Finch Community and Family Centre, Toronto Public Housing, Parks and Recreation. Professor Dippo adds that it was also an opportunity for an academic institution like York University, whose main campus is around the corner, to bridge the “big divide between York and it’s neighbourhood.”

Staff at Westview outlined challenges that, to this day, frustrate racialized and poorer kids throughout the city. Too many of them didn’t actually pass grade 8; they had been transferred for a number of grades. When they got to high school, they were disoriented and didn’t know who to go to for help. Students in this situation often lack basic literacy and numeracy skills, so it’s a set-up from the beginning that they’re not going to get the 16 credits they should have by the time they turn 16 years of age. Since they’ve been transferred before, they don’t see the need to attend school or class. They don’t keep up with their peers, get into trouble, face suspensions and generally sustain a continuous loop of failure and disappointment.1

What Caring Village began and Success Beyond Limits continued, is remarkable. It started out as a six-week summer upgrading programme called Promoting Excellence. It was strategically placed on the York University campus, taught by Toronto District School Board TDSB) teachers with activities supported by Toronto Parks and Recreation staff along with folks from Black Creek Community Health Centre. Osgoode Hall Law school chipped in a summer research assistant and the York University Faculty Association bought lunches. There was even money to hire grade 11 students to act as mentors for the younger kids. Considering the roadblocks, this was an astounding example community organization and co-operation. 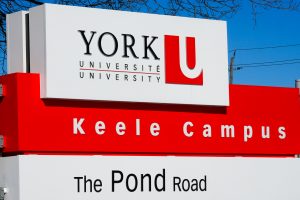 Shanaz Ali, the current programme manager for Success Beyond Limits (SBL), describes a design today that focuses on orientation, upgrading skills, mentorship and youth employment. It is free for the roughly 100 grade 8 students from local middle schools who join SBL’s six-week summer programme as they prepare to enter Westview. Classes and activities are held on the York University campus, because as Ms. Ali points out, SBL wants “students to envision themselves at university.” They’re preparing; normalizing a future: “our students know exactly where to go” – what buildings house different subjects and activities, what resources are available.

Kids are picked up at or near their home middle schools each morning and driven to the York Campus. They’re assigned one of 25 mentors, fellow Westview students from grade 11 or 12 who have been through the programme and who now have a paid summer job. These older students keep on with this work throughout the school year, maintaining their relationships with the younger kids, checking in with them as part of SBL’s after school programme.

A typical day goes like this: The kids are fed breakfast. They go to assembly, listen to motivational speakers and connect with mentors who can answer questions and get them started for the day. Then it’s time for upgrading classes, during which teachers, often from the community, are paid by the TDSB to help students with gaps in literacy and numeracy. This begins to address the problem of skills deficits, but also flags greater needs students might present once they move further into high school. It’s also important to highlight, that this upgrading class enables students to earn their first high school credit.

The afternoon is definitely lighter, starting with lunch – a chance to dabble with different kinds of food and learn about nutrition. There are activities like drumming, dance and martial arts set up to expose kids to something they might not yet have experienced. Fridays are trip days to places like Mississauga or downtown Toronto – not exotic, but out of the way for many. Kids might try out go-carts or bowling for the first time, maybe visit Wet n’Wild Toronto or have a barbeque at Woodbine Beach. 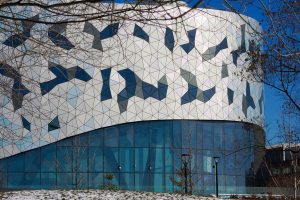 According to SBL’s most recent summer data, in 2019, 110 students began the summer programme, 104 of them stayed with it for the 6 scheduled weeks and all of those kids earned their first high school credit. Interesting to note is that even some of the older student mentors earned some high school credits while being gainfully employed. Even more encouraging was the students’ beliefs about the future: 94 percent of them felt confident that they would finish high school, while 88 percent said they wanted to go on to post-secondary education. All of the mentors felt confident about their ability to provide help for their communities as well as their increased skills.

Unlike typical summer school programmes, there’s help that extends throughout the school year. As Shanaz Ali explains, SBL operates a Youth Space at Westview, where it continues the work begun each summer through a day programme. It’s open to students during spare periods, who come by to use a computer, get a snack, touch base with staff or maybe play ping-pong. There’s 45 minutes homework assistance offered by volunteers and those summer mentors after school.

Ms. Ali refers to the “generational” aspect of the programme in the community. Students who’ve been mentored by older kids might become volunteers in grade 10 helping out in the Youth Space, then mentors themselves in grade 11 – finding work through the programme that helped them. Siblings sometimes join Success Beyond Limits.

Then there’s what the SBL staff offer their students for March Break: 5 days focusing on their futures. Mohamed Ahmed is co-executive director of Success Beyond Limits and addresses a crucial question: Where will I be in ten years? Most teenagers, aren’t going to come up with an easy answer, but they may have seen some options. For kids who need SBL, he says “so many young people are afraid of asking that question.”  To make that question less overwhelming, SBL helps students learn more about careers, what further education is out there past high school. Kids get onto buses and head downtown to places like the Toronto Star or CBC, partners with SBL, to see people doing important, meaningful work: a future with options not yet considered. 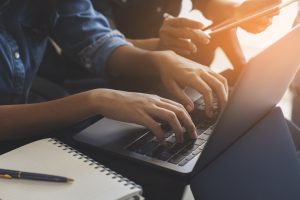 It was clear from the beginning, that problems so many kids face in school aren’t going to disappear with stopgap measures: a bit of summer school, more guidance, social work, maybe a little more special education support and so on. To have any chance of success, the response must be far reaching and reliable. Because SBL staff have their workspace at Westview Centennial, not only can they do all that has been listed above, they are on site in case a problem crops up. Mr. Ahmed explained that staff have parental permission to act as advocates for students. They can attend suspension meetings and get across a different perspective on an issue that might seem clear-cut to an administrator, offering options other than suspension. They have that perspective, because, unlike so many school board workers, they have a direct and longstanding connection with the parents of their students. They’ve known these kids and their families for years in many cases.

Westview Centennial principal Monday Gala says that Success Beyond Limits has worked very well for the students in his school because it exposes them to secondary school the summer before they go there. He believes that the programme develops relationships with the kids as well as the greater community – one that lasts for 4 years. Vice-principal, Brandon Zoras told me that SBL helps students feel comfortable at school and gives school staff a fuller picture of them. This in turn, gives them options over issues like late assignments. With SBL staff helping, students end up completing what is required without losing a credit. He adds that the programme “builds bridges between the community and the school.”

Developing something meaningful like Success Beyond Limits is fraught with challenges. Mohammed Ahmed calls it “a lot of trailblazing.” Don Dippo describes a TDSB skeptical about a summer programme for perennially transferred kids who were unlikely to attend more school. Funding can never be assumed, with the Ministry of Education cutting Focus on Youth funds and other funding agencies changing priorities. It’s hard work but so important in what it provides to young people as a well as a model for other schools to follow.

It’s what so many young people need, so badly: the assurance that family and community have their back.