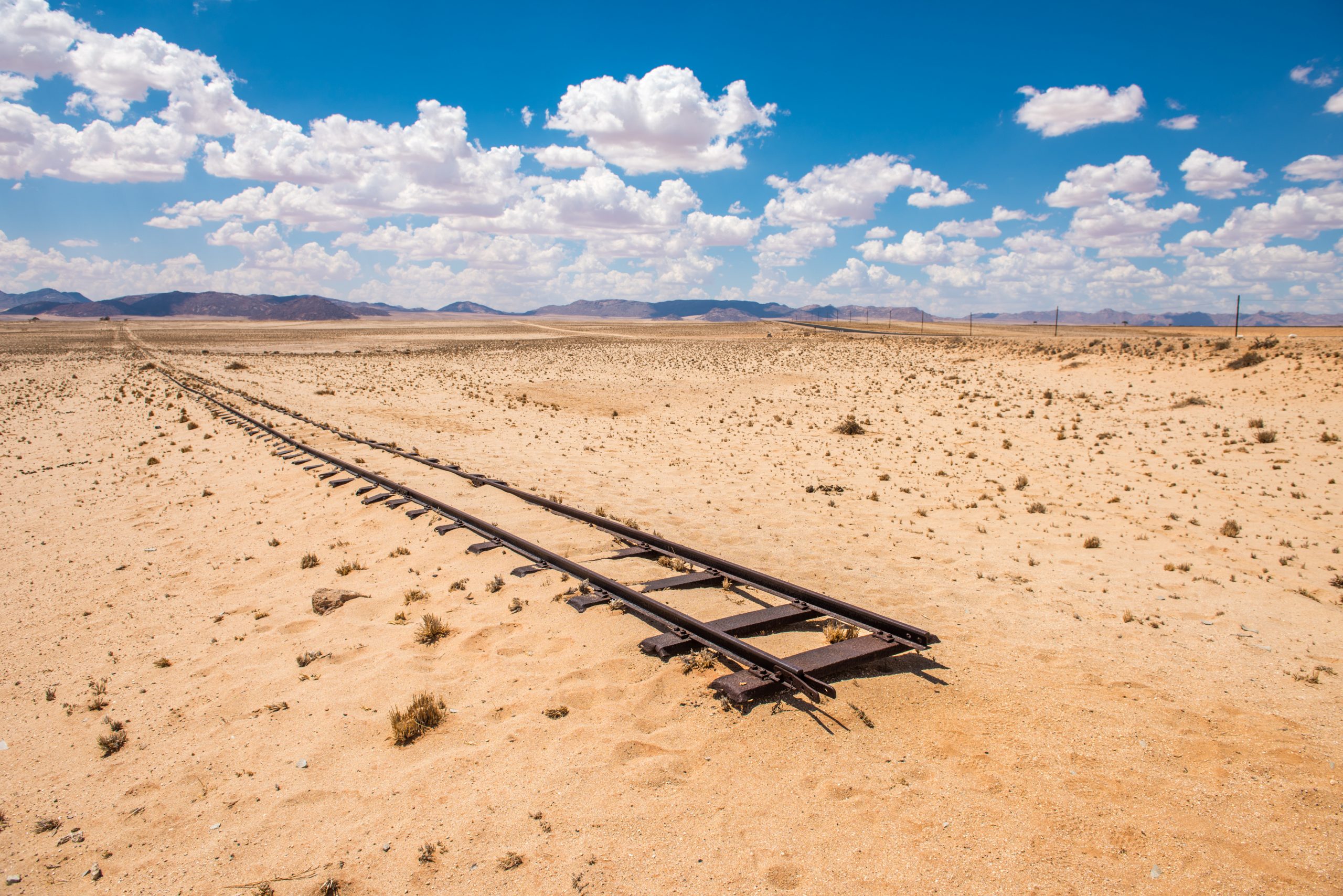 The critical issue, thrown onto the world stage, with the murder of George Floyd; the subsequent mass demonstrations led by Black Lives Matter (BLM) and utter chaos of the Peel District School Board in Ontario calls out for a deeper understanding of “systemic racism”..

Systemic Racism rejects the “one or more bad apples” position that the criminal justice system is fine but you might find a bad apple cop. The school system is fine but we might find a bad apple teacher, here or there. The system is not racist but might contain some racists. Systemic racism, rather, contends that the system itself is racist in its design and functioning. The Black Lives Matter movement is not only asking that “bad apple” cops be found and disciplined, fired, whatever. Defund the police instead says, most police functions – drug overdose, domestic violence, and similar should be handed over to health and social service agencies and cops focus on crime alone, murder, robbery, assault, and so on. The upshot is that the system does not need more anti racism training, more black faces in high places, the system itself is racist. The same can be said for housing, employment, healthcare and education. The system itself is rotten and racist (not to say, classist, misogynist, homophobic and so on).

American education is racist on its face. The “Savage Inequalities” that Jonathan Kozal wrote about decades ago remain, particularly the radical underfunding of inner city education, but Black Americans among others also point to the Eurocentric curriculum, and what Americans call the “tracking system” that ‘tracks’ racial minority (and poor whites BTW) into dead end occupation programs at such an early age, that it precludes university at the end of high school. In Canada, tracking is called “streaming”.

The Peel District School Board and Systemic Racism

The Peel District School Board, consisting of Mississauga, Brampton and Caledon in suburban

Toronto, is in complete and utter chaos due to a perfect storm of unmet needs in the black community, resistance to reform from some in the white establishment, both political and administrative, and an added measure of incompetence which has led to a provincial takeover, firings, threats of lawsuits against parents, and many rancorous meetings.

Organized black parents point to official reports that document what they say are systemic problems. Harsher discipline of black students, radically higher suspension rates and the primary issue, the continuing discouragement of black students “counselled” away from the university prep courses in Ontario known as the ‘Academic’ stream and toward the ‘Applied’ (easier) courses which, in theory lead to community college. There is a very small 5-6% stream called the ‘Essential’ stream containing what are sometimes called “locally developed” programs for those with more obvious learning problems. Parents are demanding that schools stop over “recommending” black students be placed in Applied courses.

Peel DSB is far from alone in this situation. The Toronto District School Board (TDSB) has been dealing with these issues for decades back to the time your scribe was a trustee, 1980-1985. In recent years the TDSB has begun to seriously address the worst aspects of the streaming system. There is streaming and its broader context, ‘ability grouping’ from primary grades to grade 12 but there is some sort of consensus that official streaming in grades 9-10 is at the very least, too early to make life determining educational decisions which may place you in what is seen as a ‘dead-end’ program with no chance to go to university.

It does not have to be this way. British Columbia had this fight in the 1960’s and streaming lost. To this day, there is only one level for each high school academic course in English, Science, History, Geography, French, other languages, but there are a few lower level Math courses only in a few schools for those with large gaps in math knowledge, due to the sequential nature of math.

The TDSB finally embarked on a fairly ambitious plan to “phase out” grade 9-10 streaming. Since the organized resistance to streaming came to the greatest extent from the black community, many schools with large black populations like CW Jeffries and Oakwood CI were early candidates. Many schools in wealthy neighbourhoods had, defacto, little to no streaming since almost all students qualified for the Academic stream, which is very telling in itself.

In 1987 the late George Radwanski submitted a report to the Peterson Liberal government on educational relevance. In it he concluded “Streaming is a theoretical error, a practical failure, and a social injustice”. It was a theoretical failure to Radwanski because it had no research backing. All the credible research said, without helping high achieving students, streaming is a disservice to lower achieving and lower income students and some racialized students. It was a practical failure in that it was ‘designed’ to encourage low achieving students to “work at their own level” which would, in turn encourage graduation and perhaps more. In practical terms, however, it had the opposite effect. The labelling effect of placement in the “dumb class” demoralized students and encouraged dropping out. The social injustice aspect to Radwanski means the effects of pernicious streaming fell heavily on poor, working class and racialized students.

If TDSB is not in trouble with the Black community these days it is because serious progress is being made. The outgoing Director John Malloy is a believer in destreaming and with a su 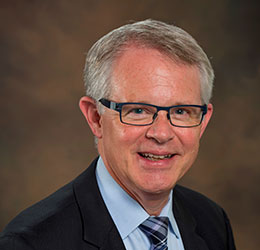 pportive board substantial changes are being made on a rational, thoughtful, if possibly, overly cautious plan. As per a report to TDSB October 3, 2019, the grade 9 Applied program had shifted substantially from 18% board wide to 9%. Grade 10 had shifted from 17% to 12%. In the Academic program, black enrolment had shifted from 63% to 78%.      ( Note: a special thank you to TDSB trustee Shelley Laskin who pointed me to much of this data on request, and Director John Malloy for leadership on the issue).

When it comes to the contentious ‘class’ issue often described as Socio-Economic Status (SES) low SES students had shifted from 64% to 67% of Applied. This is a small shift but it indicates that those remaining in Applied in 2019 were slightly poorer than those in 2015. The job of getting more poor kids into Academic, remains a challenge. The percent of English Language Learners (ELL) in Applied also rose from 10% to 17%. More work is needed here but keep in mind these are higher percentages of overall lower raw numbers.

If PDSB numbers reflect the TDSB pre 2017 numbers there can be no clearer evidence of a “systemic” problem. Some may try to argue that this is more a ‘class’ problem than a ‘race’ problem and poor white and working class kids certainly suffer under the streaming system which is more obvious in parts of Ontario with lower black populations but Black parents are quick to point out that even studies that control for class or SES, demonstrate that Black kids suffer even more from this system.

Peel DSB had also begun to tentatively explore moving towards a destreamed system.

Many Ontario teachers fear destreaming as a “watering down” of the curriculum. It is not, As BC demonstrates, it is the Academic program for all. Will some students struggle? Yes, of course they will but many struggle now. There are ways to mitigate the problems.

The TDSB is going about this very close to the way this report would recommend. First going to the schools with large black populations and destreaming first grade 9 intake students a few subjects at a time, saving math to last (if ever). Each year, expand the number of schools involved and the number of subjects per school until all academic subjects are destreamed except math. With this accomplished, see where math can also be destreamed.

Most grade 9-10 students have an 8 course load per year, likely semestered. Students who struggle should be offered a lower course load plus a period of help, often with Math but possibly other subjects. We should fully expect that students who struggle will take 5, maybe even 6 years to graduate. Students who struggle should not be offered easier courses but instead, offered more time and support with Academic courses. The opposite is true for students who find even the Academic program less challenging than they would like. Instead of streaming them with ever higher AP or IB programs, these students should be accelerated through the regular academic program using PLAR (Prior Learning Assessment Recognition) type programs – challenge exams to speed them through credits if they can demonstrate they already understand the concepts.

For the Peel District Board, it is time to end the pain and the anger. The way ahead is right next door in the TDSB.

Not to take away anything from TDSB which has decided to directly confront the steaming issue in its most obvious manifestation, grade 9-10 streaming; there is plenty of unfinished work in the long march towards equity in education. Someday the grade 11-12 streaming into university, college and workplace streams has to be wound down. Ideally the place to make serious decisions about educational futures in between grade 12 and postsecondary education.

In elementary schools, the special education program often acts as the elementary version of streaming. The entire concept of ‘ability grouping’ is fraught with problems of race, class, ethnicity, and sometimes gender. Influential people in education (teachers, admin, trustees, journalists, academics…) must develop an awareness that more ability grouping is, in general, a bad decision and less of it is better.

The issue of Applied goes beyond the overrepresentation of black students. There is literally no good reason for the existence of the Applied stream and reams of research from Jeanie Oakes to John Goodlad and many others bears this out. In the near future, Applied should be eliminated from all TDSB, PDSB schools and by extension all Ontario schools. Let’s dedicate ourselves to this outcome.

Doug Little is a long time teacher, activist and trustee. He is the publisher of the The Little Education Report