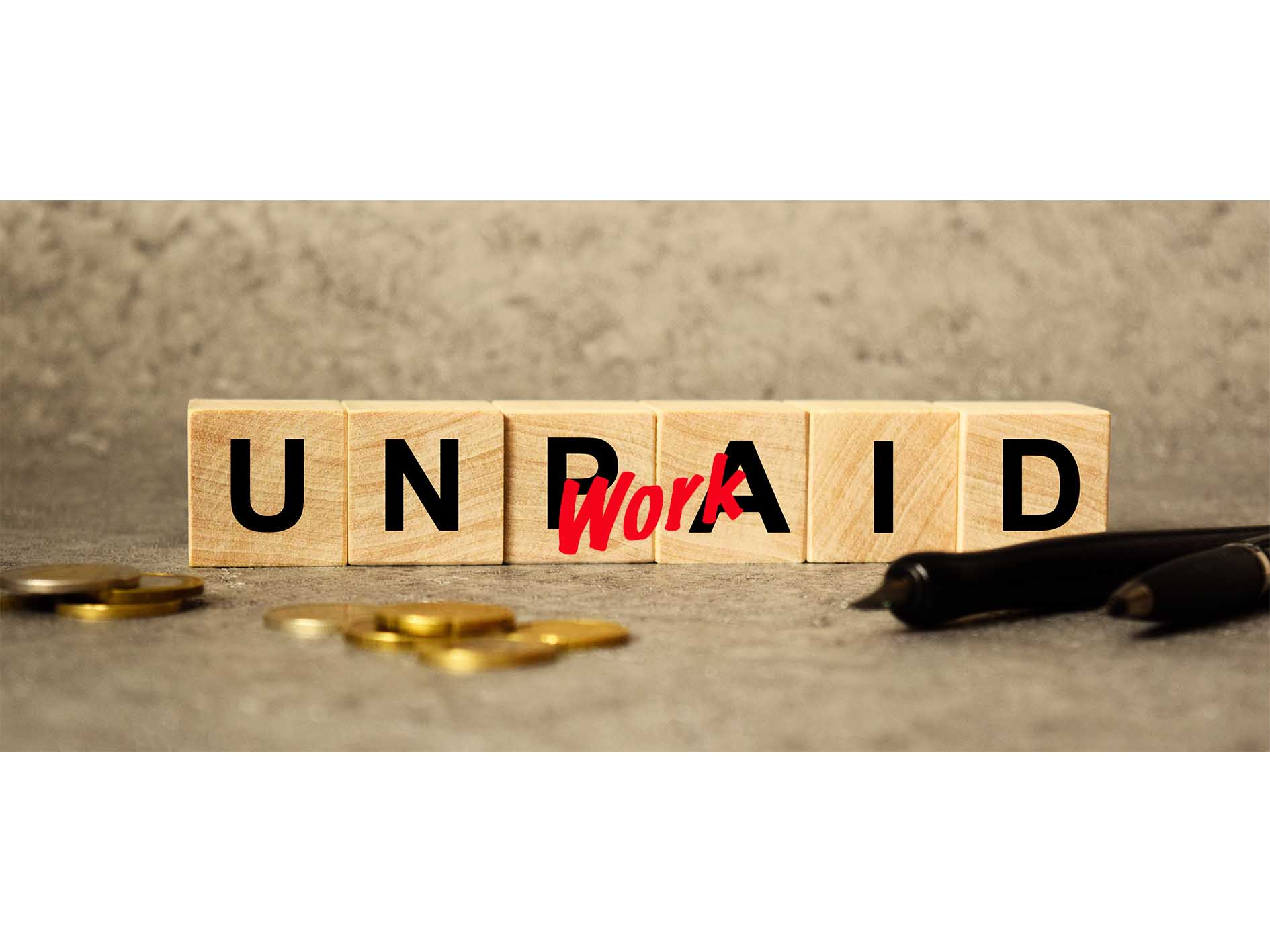 As we continue to contend with the various challenges surrounding COVID-19 one interesting result has been the pronounced decline in volunteerism. With increasingly stringent health measures such as social distancing and contact tracing, volunteerism at this time has decreased. This includes schools as well, where distance education and limited interactions have meant that volunteers can or else should keep away. Nevertheless, it might be interesting to consider how such volunteerism trends might impact education here in Ontario

Over the past decade, schools in Ontario have witnessed a significant shift in volunteerism. Schools in places such as Ontario have long embraced volunteers, typically consisting of parents and members of the

community who seek to be further involved in the school. Anyone who has worked within a school setting readily sees the 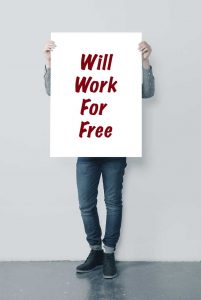 various ways volunteers are involved in K-12 settings. Individuals, typically parents, often find the time to take part in their own children’s schools by engaging in voluntary activities. The idea here is that that volunteerism might be understood, more or less, as an act of altruism.

However, over the past decade, Ontario has found itself with thousands of teachers who have been unable to secure jobs in teaching. As a result of both unemployment and underemployment, quite literally thousands of teachers have left the profession altogether, moved abroad, changed jobs or else have stayed in teaching as a part-time or contingent member of the labour force. For many of those teachers attempting to find meaningful employment, volunteering has emerged as an avenue to pursue future opportunities.

We should, of course, remember that teachers are not the only group of workers who engage in volunteerism. Many workers face all types of unpaid expectations in their jobs and more often than not, the line between paid labour and unpaid volunteerism can be easily blurred. For example, the term “internship” has shifted in recent years, where many individuals (in particular students and young workers) take on unpaid roles in order to gain further experience and access into the labour market. In addition, the growth of precarious forms of work continue to blur the boundaries between what one does voluntary and who might be required as a part of their work.

In my study of teacher-volunteerism amongst teachers in Ontario who currently could not secure full-time, permanent employment it became clear that such volunteerism was engaged in primarily for the purpose of securing future paid work. The point of volunteering inside of schools was to gain further experience in order to accomplish something else like applying to future jobs, making connections, receive supply teaching jobs or to securing letters of reference. Teacher-volunteers wanted to show their schools board employers that they were actively working inside of schools—even if this meant working without any monetary compensation.

In addition, while volunteers by and large had no issue with their experiences, it become apparent that it was hard to know exactly what kind of work such volunteers were doing once at a school. Some may have been engaging in tasks including supervising students and making photocopies for a lesson, while others appeared to be engaged in planning lessons and instructing students themselves. Some engaged in volunteering once a week, while others would typically go in 4-5 days in a given week to volunteer. These experiences should force us to think further about the potential implications and ramifications of volunteerism which have to this point been largely ignored in the education realm. 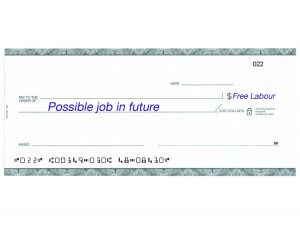 As a personal anecdotal example from years ago, a friend of mine was completing his teacher education practicum (which is not only unpaid, but prospective teachers, themselves, pay for this experience). While at the school, a principal approached him to cover a class for a day due to a missing substitute teacher. This friend jumped at the opportunity and described the experience as extremely gratifying. However, just months later, this same person was unsuccessfully applying for teaching positions while waiting to finally be hired onto a supply teaching list. What if supply teaching days would be hard to come by? What if other “volunteers” were covering classes in other schools?

The example here is atypical and is not meant to place blame on any single actor, but rather to point out some important concerns that can be found when we begin to blur the line between work and volunteering. Which exactly is which? How do we know?  Such apprehensions highlight significant ethical questions, not only surrounding the practice of volunteerism as unpaid labour but also for the teaching profession. For instance, if teacher-volunteerism is understood as the exploitation of unpaid labour, is it a practice that should continue? Having an increasing number of teacher-volunteers inside of schools may bring benefits to fully employed teachers, school administrators, students, and perhaps even to the volunteers themselves. However, the unintended consequences of such practices are not yet fully understood, and the long-term effects of perpetual teacher un(der)employment and unpaid forms of work may have long-term repercussions for the teaching profession as a whole.

As an equity issue, if volunteering is an important determinant of accessing paid employment, then volunteering risks becoming a de facto requirement for entry into the teaching profession. This may privilege certain individuals who have the resources and capacity to volunteer over other candidates who may not. This sort of “pay to play” model leads to further marginalization for those who cannot afford to take part in the volunteering—employment game. Moreover intensive competition for limited positions inevitably affects collegial and cooperative relationships and ethical norms within the teaching profession, and as such, may impact student learning outcomes as well. In the long term, this can adversely impact both paid and unpaid educators.

According to economist Guy Standing, unpaid work or “volunteerism” remains symptomatic of the growth in precarious forms of work and labour. According to Standing (2014a), this trend can be best understood as “work-for-labour.” As precarious forms of work grow, more and more workers will inevitably move into low-wage or even no-wage work to attempt to escape precarity. Basically, what this means is that more and more workers must today, engage in large amounts of unpaid work in order to secure paid work. This, of course, amounts to simply working more for less. This work could include volunteering, as well as other common practices in the labour market such as extensive job searches and applications, time-consuming interview practices, working outside of formal working hours, as well as the upgrading of new skills and credentials.

The examination of teacher-volunteers presented here does not speak to the numerous ways fully-employed teachers engage in additional unpaid work activities every day. Researchers have noted that elementary and secondary school teachers across Canada work an average of 7.6 hours of unpaid overtime per week. Additionally, other studies looking at teacher workload have found that K-12 Canadian teachers often work more than 50 hours per week with unpaid overtime. Extracurriculars, lesson planning, email, grading and other preparation among other activities are often hidden parts of the job which are difficult to always account for. As can be argued, when we look at other professions in places such as Ontario (say for instance doctors, dentists, lawyers, and even bureaucrats) do we also ask them to work for free? Nevertheless, unpaid labour issues have and continue to receive considerable attention by labour organizations representing their employed teachers and educators. What has seemingly been ignored to date has been the unpaid work of un(der)employed teachers in schools and what might be done by unions (or others?) to take on this issue.

The case of teacher-volunteers provides and interesting example of a phenomenon which asks us to question the role, purpose and value of volunteers in educational settings. While a diverse range of volunteers engage with schools and students for various reasons, the practice is perhaps not as simple as it appears on the surface. Indeed, in many ways, any sort of critical examination of volunteers—whether by un(der)employed certified educators, parents or others—must bring us back to fundamental questions and concerns surrounding the perpetual underfunding of schools. For example, Sue Winton has recently discussed the issue of school fundraising—another practice which typically relies on the work of volunteers—in order to top up school funding. This of course ends up benefitting certain schools much more than others, further exacerbating existing inequalities.

As the boundaries between working and volunteerism, paid and unpaid labour, as well as precarious and standard employment continue to expand and permeate our understanding of work, it remains important to consider how we understand each and why. Volunteerism thus is not simply a labour issue, but rather one which all those involved in education should ask themselves as it relates to the fundamental value we place on what our educators do every single day. 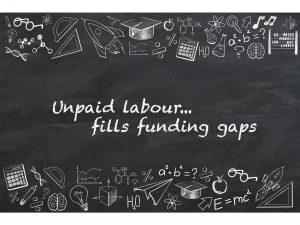 Dr. Michael Mindzak is an Assistant Professor in the Faculty of Education at Brock University. He has worked with students at the K-12 and postsecondary levels, educational leaders and with adult learners in both the public and private sectors. He currently teaches and supervises graduate students focusing on examining educational leadership and policy issues in the contemporary period.