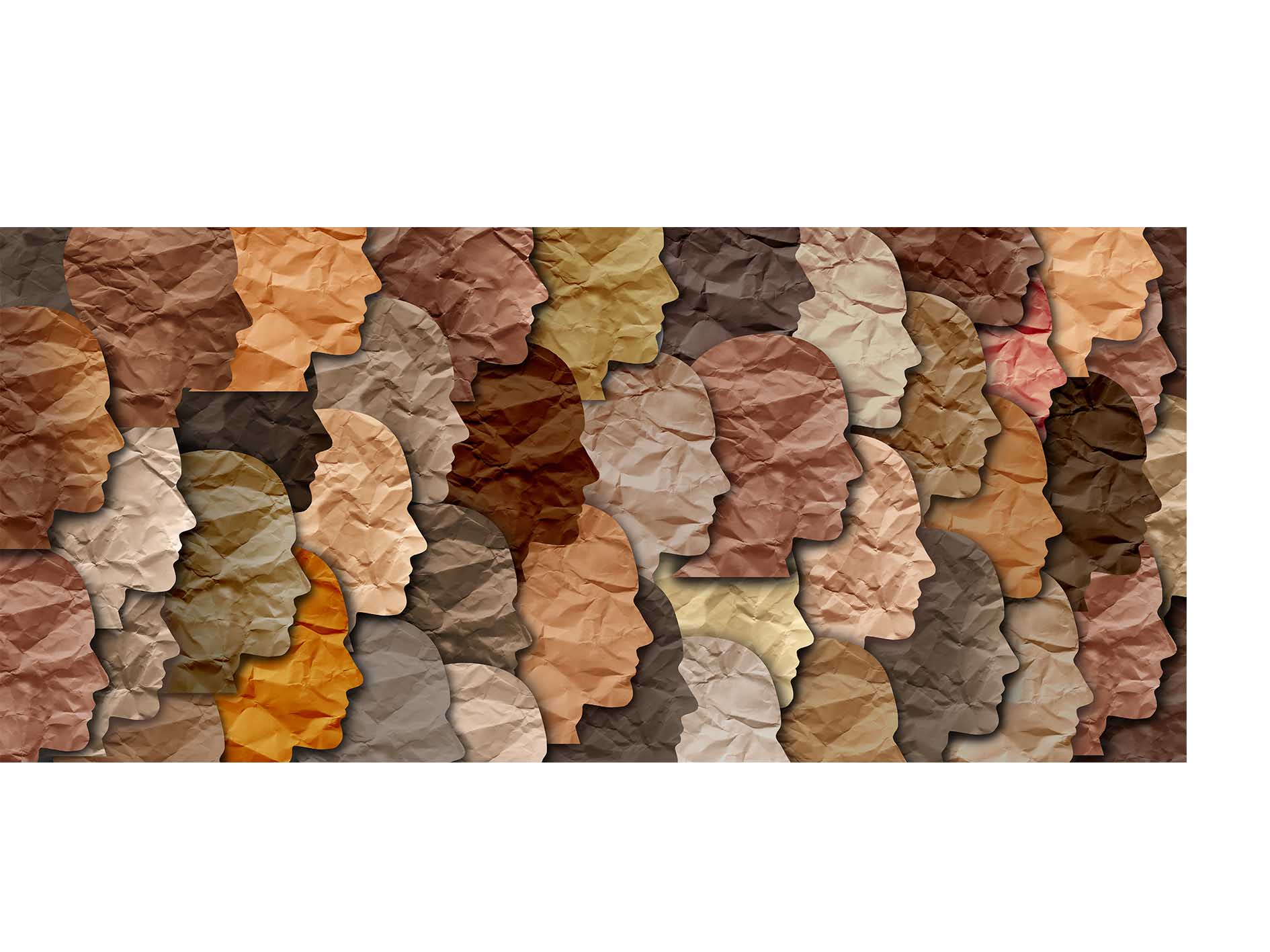 The greatest gift was being held accountable for my racism

Schools, as we’ve seen from the unmarked graves of 215 residential school children in Kamloops BC, can be malicious, dreadful  places. Yet, in the article below, Kristina Cockle describes her schooling in racism and how the story was switched around by a remarkable teacher who challenged her students’ view of normal.

My very first memory of school is looking around the Kindergarten classroom, worrying that my skin was too dark, and considering the whitest girls to be the prettiest and most desirable as friends. As a five-year-old white child, I had already incorporated the idea of a racial hierarchy.

Carl Dennis, who is First Nations and joined our class in Grade 4, also remembers his first day of Kindergarten: “I tried to say, ‘Hi’ to a little red-headed girl, and she started screaming ‘He’s trying to touch me!’” The teacher scolded Carl and sent him to sit in the corner.

It was 1983 and we lived on the west side of Vancouver. Nobody talked to me about race or racism; I learned by observing. I observed that white students were assigned to the advanced reading groups and First Nations students from the Musqueam Reserve were placed in the beginner groups. I already believed the old lie that our value as human beings depends on our performance, and took the reading groups as evidence that Indigenous people performed poorly.

I observed that Musqueam students were frequently on “The Bench” in the principal’s office and could be suspended or even expelled. In our annual school musicals, white students took the lead roles, singing, dancing, and acting out European stories on the stage. Musqueam students were mostly kept behind the scenes as stagehands. Whenever the grade above us was over-enrolled, a small handful of First Nations students was moved down to my class. Robin Garcia, who was moved down in Grade 5 and again in Grade 7, reflects, “It wasn’t easy to voice what we went through being First Nations in elementary school. Nobody asked [what was going on in my life], they just thought I was a bad girl.”

I looked around my school and did not see the racism. Instead, I saw evidence that white people were “normal” and that Indigenous people were “a problem,” or at the least, dispensable.

One teacher challenged the narrative. Drawing from her own experience with racial injustice, our Grade 5 and 6 teacher called out racism and bullying whenever and wherever she caught a glimpse of it. When someone joked about a “Chinese home run” our teacher stopped the baseball game and started a discussion about racism. When I and other white girls teased Carl about his hygiene, she kept us after school for a life lesson that still haunts me.

I liked Carl, and yet I had ignored and sacrificed his feelings because I was weak, conceited, and lacked empathy. My own insecurity was so strong that I chose not to see the vulnerable boy who only smiled. Carl reflects now, “What no one knew in Grade 6 is that I was working to get food in my house. Even before I moved to the res, I was cutting lawns to make food money at eight years old.”

Our teacher may only have guessed at the details of Carl’s situation, but it was clear that our cruelty cut her to the bone. Any adult could see the glaring inequalities between Carl and the middle-class white girls who were bullying him, but most pretended those inequalities didn’t exist. The difference with this teacher was the depth of her empathy for Carl and her determination to name our racism, hold us accountable, and continue to love us. My awareness of my racism couldn’t erase what I’d said to Carl—he still lives with that. But it did open a small crack in my worldview, so I could begin to climb out.

Another time we were writing poems about our classmates. I proudly wrote about Lilian Fan, the first student to join our class from an ESL program: “She’s not

the best in English, because she’s Chinese, but her As in math will never cease.” When we came back from music class, my heart sank. Our teacher had written a new version on the blackboard: “She’s improving her English every day. When talking in ‘News’ she has plenty to say.” The teacher asked the class if we saw anything problematic in my version. I didn’t. As my classmates discussed stereotypes, my first reaction was to feel defensive. But I couldn’t deny they made good points. I swallowed my pride. I didn’t see it at the time, but that day was a gift. I got a little better at accepting criticism, a little better at questioning my assumptions. Maybe it was thanks to that intervention, in rhyme no less, that Lilian and I remained friends into adulthood.

When I reminded her about the poem a few weeks ago, Lilian said she remembered it, although at the time she had not understood what was wrong. Only as adults, looking back, were we able to see the full extent of what our teacher had done. For me, she exposed my racism and privilege, so I could start growing. She showed me that my actions and words can be racist and hurtful, regardless of my intentions. She made our classroom safer: not just for Lilian and other BIPOC students, or new students who would come from ESL programs, but for all of us. Her lines of poetry and her words every day embodied a growth mindset, before the term existed, and told us that we each had something wonderful to give the world.

We still live in a white supremacist Canada. In Alberta last year, a 15-year-old Black girl died by suicide after years of unaddressed racism at school. In Mississauga, in 2016, a six-year-old Black child was handcuffed at school by police. Across Canada, racist attacks on Asians have risen dramatically during the COVID-19 pandemic. And here in the Lower Mainland, when Carl is at work landscaping in 2021, people accuse him of coming to their neighbourhood to dump garbage or break into a house.

As Lilian pointed out in discussing this article, well-meaning adults often aren’t sure or don’t know how to handle racism when it happens. Some may tolerate racism quietly, “and in effect teach kids to do the same by example, even while loving them to bits.” What do white children learn when they watch or perpetrate racism and white adults say nothing? I’m still trying to unpick the racist threads in my own brain, decades later.

I believe one of the greatest gifts we can give children is the ability to challenge racism, every single day, starting well before Kindergarten. We don’t expect anyone to learn to do math by having one class on Math Day or learn to read because they had a reading lesson on Literacy Day. We also cannot expect them to be able to undo centuries of racism, colonialism, and Indian Residential School trauma from a handful of lessons on an annual antibullying day, on Orange Shirt Day, and during Black History Month. It is not one or two conversations, but the accumulation of hundreds of small conversations and examples that form our values and change the course of our lives.

Robin says of our teacher, “She saved me, that’s all I can say. Everyone would just see me as troubled, but she helped me with her kindness and I really took that and kept going. If it wasn’t for her I don’t think I’d be here at all—meaning I would have killed myself. I’m ever blessed that the Creator sent such a beautiful soul.”

I, too, believe that our teacher saved me. She saved me by disrupting the stories I was telling myself and by holding me accountable for my racism. I am ever-blessed by her example of how to be an accomplice in dismantling white supremacy, an example that serves me on a personal level, in educating my own child, and in my career. The most important lessons were not from the curriculum, but from our beloved teacher interrupting the curriculum to insist that kindness and empathy are more important than academics. Imagine if we did that in every classroom, every camp, every team sport. As Robin told me, we can’t go back, but, “Once our people are on the same boat, we’ll have a safe sailing.”

Acknowledgment
This article was inspired by our teacher, Valerie Jerome, who continues to work against racism in BC schools. You can read Valerie’s article “Is change in our future?” in the January/February 2021 issue of Teacher (pages 20–21).

Kristina L. Cockle is a former student from Vancouver