If ever there was a reason to eliminate the anachronism of Catholic schools in Ontario, Toronto Catholic District School Board (TCDSB) trustee Mike del Grande has done his best to make a case. Like TCDSB trustees Thersea Lubinski, Gary Tanuan and Nancy Crawford, he is against including the terms “gender identity” “gender expression” in its Code of Conduct. Toronto’s Catholic school board had been attempting for about a year to update the code to comply with that of the Ontario Human Rights Commission (OHRC). It also included “family status” and “marital status” as circumstances worthy of respect.

Back in November the Board voted 8 to 4 in support of its changes to the Code of Conduct. The relevant section of the amended Code reads:

The following requirements do not adversely affect any right or privilege guaranteed under the Constitution Act 1867: the Canadian Charter of Rights and Freedoms, or the Ontario Human Rights Code.

All members of the school community must:

All pretty tame stuff, but Mr. Del Grande was having none of it. He “wasn’t serious about it” as he told CBC news, but during the November meeting, moved an amendment to include bestiality, pedophilia, cannibalism, auto-erotic asphyxiation and something called “auto-vampirism” to the list of those characteristics that ought to be considered worthy of respect and fair treatment in the Code of Conduct. He was just trying to make a point “… where else does it end? Where else does it stop?” he said, somehow placing acceptance of different families and gender conceptions in the same box as reprehensible and illegal activities. Mr. Del Grande withdrew the amendment after being informed by TCDSB director Rory McGuckin that many of his suggestions were criminal in nature. 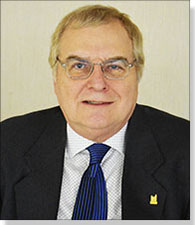 It’s not as though, TCDSB’s revised Code of Conduct is asking for much – just basic respect for students and employees from the multitude of backgrounds, races, creeds, families and yes – gender identity and gender expression, for whom the board receives public money to pay and educate. The revised Code of Conduct doesn’t require students or employees of the Board to hold hands over hearts as they pledge allegiance to that section of the code;  it just sets out the added expectation that they will respect people of different gender identity, gender expression, family or marital status. Practically speaking it means that students and employees of the Toronto Catholic board must not  humiliate, attack, segregate, harass, bully, deny privileges etc –  to people in these circumstances.

School Magazine contacted Trustee Del Grande for further comment. He declined, but defended his views in the self-described  “#1 pro-life” journal LIFESITE “A Catholic school cannot be Catholic if it is not faithful. Simply saying Jesus loves everyone does not mean Jesus condones sin. He loved and forgave the adulteress at the well, but he also told her to “go and sin no more” (John 8:11).”

Adding: “Terms like nominal catholic, non-practicing catholic, dissenting catholic are those on the “inside.” And non-believers and anti-catholics have united with those post-Christians to accommodate, change, and simply ignore our deposit of truths as explained by dogma, doctrine, and discipline.

The One, Holy, Catholic, and Apostolic Church must speak with one voice and reject that which is not keeping with the Creed that the faithful recite at Mass.”

He didn’t explain how changes to the TCDSB  Code of Behavior ignores or even undermines  Catholic doctrine other than to say he took a stand  against “… gender  ideology which is incompatible with the Christian anthropology of the human person.”

For this defense of the primacy of Catholic Church doctrine as he interprets it, Mr. Del Grande received an award from the Campaign Life Coalition, an organization opposed to gay marriage, abortion and the current sex education curriculum in Ontario. Campaign Life rates politicians across the country according to their adherence to what it deems to be proper Catholic living. It gives them a red, green or yellow light depending on how close each one comes to meeting its criteria for Catholic morality. Campaign Life presented Mr. Del Grande with the Joseph P Borowski award “for outstanding bravery in defending children’s emotional, psychological, spiritual, and medical well-being.”

He received this award for arguing that some people don’t warrant the same respect as others if they have a different gender identity or expression; for arguing that doing so places us on a slippery slope leading beyond the celebration of evil to the persecution of those who call it out.

Trustee Del Grande’s defense of his position is dreadful – putting tolerance and respect on a line with evil. How can this ever be compatible with the most basic goals of education? Why make such an issue over such vulnerable people? Why would Campaign Life reward and celebrate such vicious denigration.

School Magazine believes in enriching the democracy of public schools not the dominance of religious fiefdoms. The conflict between publicly funded education and Catholic doctrine has a long and troubled history in Canada; religion and morality are hugely complex. But in the end if people like Trustees Tanuan, Lubinski, Crawford and Del Grande want to dictate who has basic rights and who doesn’t; if groups like Campaign Life want to monitor politicians for adherence to preferred Catholic doctrines, then they should be honest enough to demand that Catholic schools in Ontario become private schools, refusing taxpayers’ money as they try preserve the sanctity of their dogma.