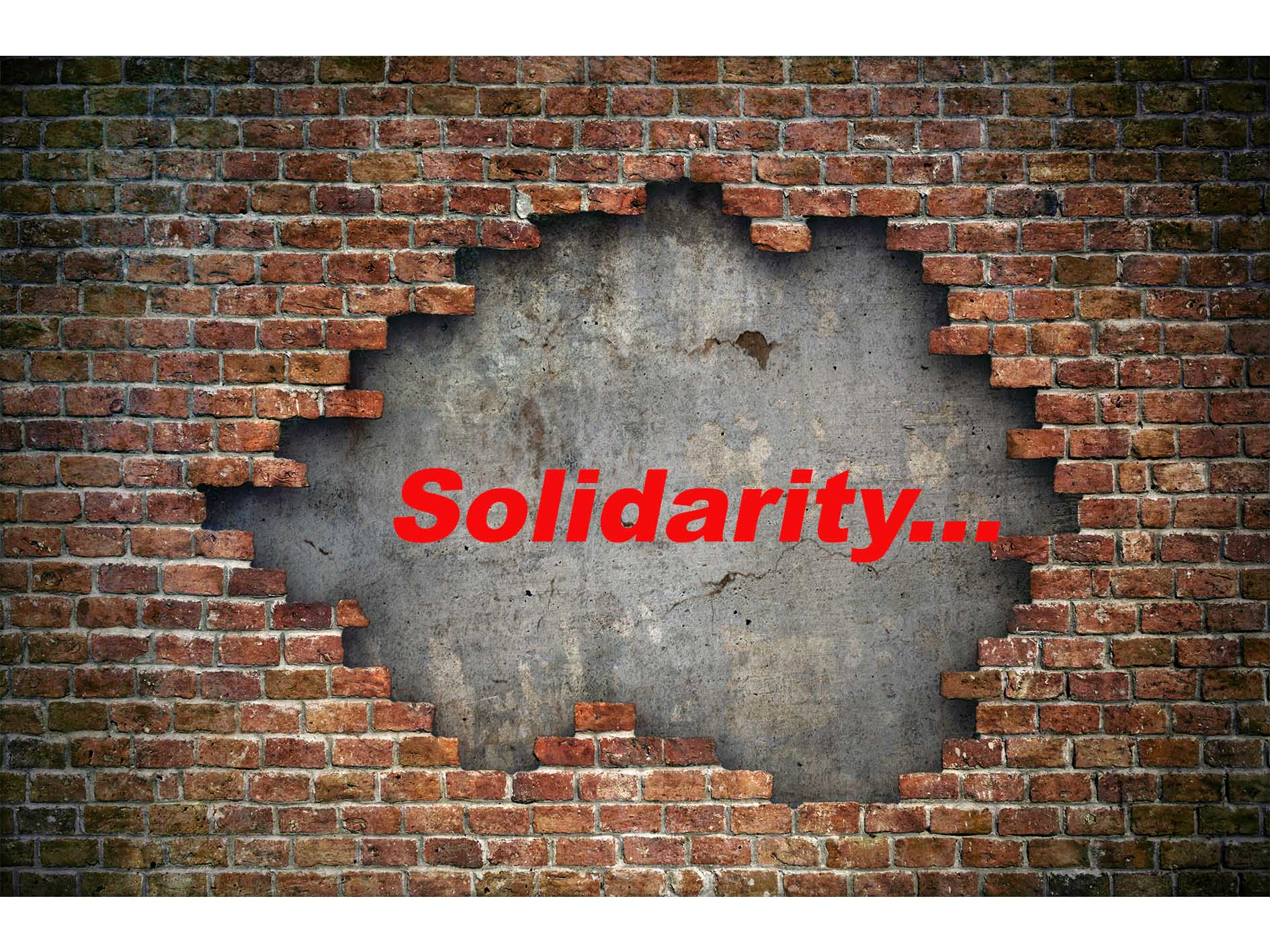 Just how important is fighting anti-Black racism to the Ontario Secondary School Teachers Federation (OSSTF)? Like the school boards whose teachers it represents, this is an historic question.

At the Peel DSB, trustee Will Davies once called students at one of his schools “McCriminals”. When furious members of the Black community demanded something be done about the slur on their children, he said he didn’t mean it as a racist comment; he was just kidding. The board’s integrity commissioner agreed with him. Mr. Davies was just using a “humorous slang” term.

Others thought differently. At the end of February 2020, the Review of the Peel District School Board uncovered the racist mess in the board’s schools: Black students suspended at twice the rate of the number of them in school – 22.5 percent of them sent home, often for unspecified reasons. Some students were even suspended in Kindergarten. Black students were streamed into lower level courses studying a curriculum absent of knowledge beyond the European perspective of the world. It went on, calling out anti-Black Racism in all aspects of Peel school life. Since then, the board has been attempting to make changes. 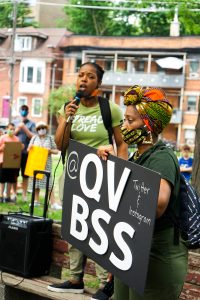 Meanwhile, the Toronto DSB is grappling with its own problems with anti- Black racism.  At the beginning of the 2020-21 school year there were 343 unresolved complaints to the board’s Human Rights Office. Reports of people acting hatefully towards one another were on the rise. Most of those at the receiving end of hate were Black. Black administrators have been singled out for racist attacks. At Queen Victoria PS a popular Black Vice Principal opened an email accusing her of “making everything about black this and that.” The unidentified racist who wrote the email, got away with it.

So, it’s easy to understand why Black teachers and other education workers want assurances that their unions are willing to go the extra mile to demonstrate support for them. In Peel, Black educators wanted to know whether or not OSSTF local District 19 would actively support the changes the Peel DSB is trying to make to overcome anti-Black racism.

That’s been a struggle, according to OSSTF District 19 member, Judy McKeown. She told me that as a training officer for anti-Black racism, she has seen instances of racism in her local, but met resistance when she pushed for changes that should be made.

Members of her group in Peel got 21 000 people to sign a petition demanding that the local endorse the recommendations of the Ministry Review of the Peel board. It also called on District 19 to identify barriers for Black, Indigenous and People of Colour (BIPOC) members becoming involved in their union and to work harder on anti-racist education for members and staff. Petitioners wanted an anti-Black racism advisory council along with full-time paid release organizers to make sure that changes were made to deal with anti-Black racism in Peel schools.

There was some headway. District 19 supported “a number” of the recommendations from the Ministry Review according to Ryan Harper head of the District 19 bargaining unit. He adds that the local didn’t officially endorse the recommendations, arguing that this was outside its authority. However, members voted in favour of a fee increase to pay for three full-time release teachers to train members, report racist incidents and advocate for members who face intersectional racism, such as that based on racism and gender. 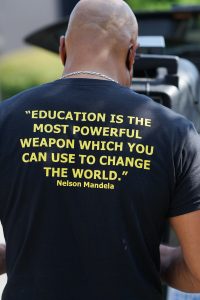 But the provincial OSSTF, with 60 000 teachers, seems more reluctant to stick its neck out to support Black members. The group Disrupting OSSTF joined partners from Ontario Alliance of Black School Educators (ONABSE) at a press conference at the end of August to demand more action from the union – not just statements of aspiration. Teacher, Deborah Buchanan–Walford said the union central has never seen a Black president of OSSTF or vice-president, only 1 executive officer and very few Black staff members: “In its 102 years OSSTF never demonstrated a true interest in dismantling anti-Black racism.” Black people have been told to be patient, she said, but they haven’t been listened to and nothing has changed.

Warren Salmon, of ONABSE told members at the press conference that his group turned down a $5 000 donation from OSSTF when it heard that there were concerns about anti-Black racism within the union. The ONABSE board asked that the donation be put on hold while his group met with OSSTF senior management to discuss the issues and what might be done about them. Senior managers, according to Mr. Salmon, nixed the meeting, saying they wouldn’t respond to the demands of an external organization like ONABSE  – something OSSTF does routinely through negotiations with school boards across the province.

The groups made three demands:

The press conference and demands above didn’t pop out of thin air. For months, people 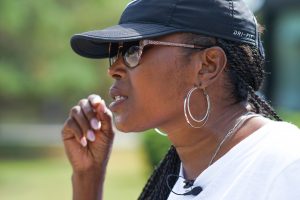 like Deborah Buchanan-Walford and Judy McKeown worked to prepare motions for the Annual Meeting of the Provincial Assembly (AMPA), where the OSSTF deals with important business concerning budget, constitutional matters, and planning for the future. These motions called for a designated vice-president position for Black or Indigenous members, similar executive officer positions and creating the provincial committee to dismantle anti-Black racism noted above. Peel members put forward a motion for permanent funding to cover the anti-racism organizers mentioned earlier.

Members who brought forward these motions, drummed up local support with forums involving activists like Desmond Cole and Joy Henderson. They held a meeting to discuss them with candidates running for the OSSTF provincial executive. Only one candidate, Muna Kadri, supported them.

According to Ms. Buchanan-Walford, the day before AMPA, the group learned that the OSSTF provincial executive was doing a bit of a run-around. She said that it put forward a motion to have the above motions removed from the table and referred to the self-same executive. This move would effectively put the skids to any open discussion about a provincial committee to dismantle racism, designated executive members and a budget to cover paid organizers. It swept the motions away to be tidied up or ignored entirely.

If delegates to AMPA wanted to support the motions – even if they had questions about some of them, they weren’t going to get a chance to talk. The move by the provincial executive caught delegates attending AMPA off guard and alienated Black members.

Then came the red cards. These are signals put up to stop a meeting to discuss points of order – clarifying a statement, discussing some technical matter. Supporters of the motions, like Deborah Buchanan-Walford, had little choice but to use red cards to stop the meeting and ask why their motions had been spirited away. In a move that defies understanding, the meeting chairs held fast to a rule limiting the use of red cards and ejected her from the meeting along with 3 other racialized colleagues.

What does OSSTF have to say about all this?

You may well be wondering: What about the OSSTF side of this story?

Soon after the press conference I asked OSSTF media rep Jennifer Seif for an interview with newly elected president Karen Littlewood to go over questions arising from this saga:

I didn’t get an interview, but Ms. Littlewood replied:

The Ontario Secondary School Teachers’ Federation (OSSTF/FEESO) is actively working on dismantling anti-Black racism, anti-Indigenous racism, and oppression within the Federation in collaboration with the membership. The concerns that were raised at the Annual Meeting of the Provincial Assembly (AMPA) in 2021 are being addressed. The OSSTF/FEESO membership will receive frequent updates by way of provincial communications, which will be accessible on the provincial website in the ‘Equity Matters’ section.

That’s the sound of a door slamming…politely. 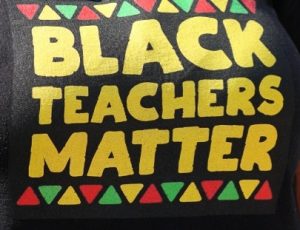 There is certainly a wealth of good intentions to eliminate racism on the OSSTF website. There are pages of timelines, actions and plans, but what happens when the rubber hits the road? What happens when Black members ask for something that is going to cost money and push the union executive to cede some power? Maybe this pushes it beyond its comfort level.  The Disrupting OSSTF motion that there be a designated VP position for a Black or Indigenous member certainly challenges the “OSSTF/FEESO Action Plan to Support Equity and Anti-Oppression”

Participation of members of equity-seeking groups in leadership opportunities, including those who are Black, racialized, and Indigenous

This does not scream “Action, now!” It’s the kind of statement you’d expect to find in a school board document on a similar topic. It’s safe and unobtrusive.

Similarly, the “Equity Update” issued by OSSTF a couple of days ago lists some of the right things: an account for anti-racism training, training provided to district presidents, a survey to delegates who attended AMPA over the last few years to identify barriers caused by procedural rules, along with increasing the size of the Black Persons and Persons of Colour Advisory Group. It goes on. But what’s missing here is an acknowledgement of the Black members who presented motions to deal with anti-Black racism and were ignored for their efforts. It looks more like the provincial executive decided to keep matters under control. It stripped the tough bits away from the motions and left some nice tidy bones.

What is so threatening about anything that the Disrupting OSSTF or ONABSE propose, that it can’t even be discussed? If the union executive is worried about possible disunity amongst its members, sweeping aside proposals to do something concrete about equity and anti-oppression, isn’t going to help. This is a union that, for generations, has fought for progressive education in this province. Surely, it is not one to shut down discussions about anti-Black racism and toss racialized members from a meeting over some procedural matter.

Its leadership in the ongoing battle with the most retrograde government in a generation depends on simple respect and recognition. As ONABSE board member, Cheryl Woolnough explained at that press conference in front of OSSTF headquarters:

“People of African descent are told to forget about the past and move on – well we can’t because the past keeps moving with us each and every day via policies, practices, procedures and more. Until unions, education and the Education Act are truly decolonised alongside a decolonised curriculum where education workers are held accountable – especially for unleashing anti-Black racism, racism and oppression, we will continue facing these egregious acts…”