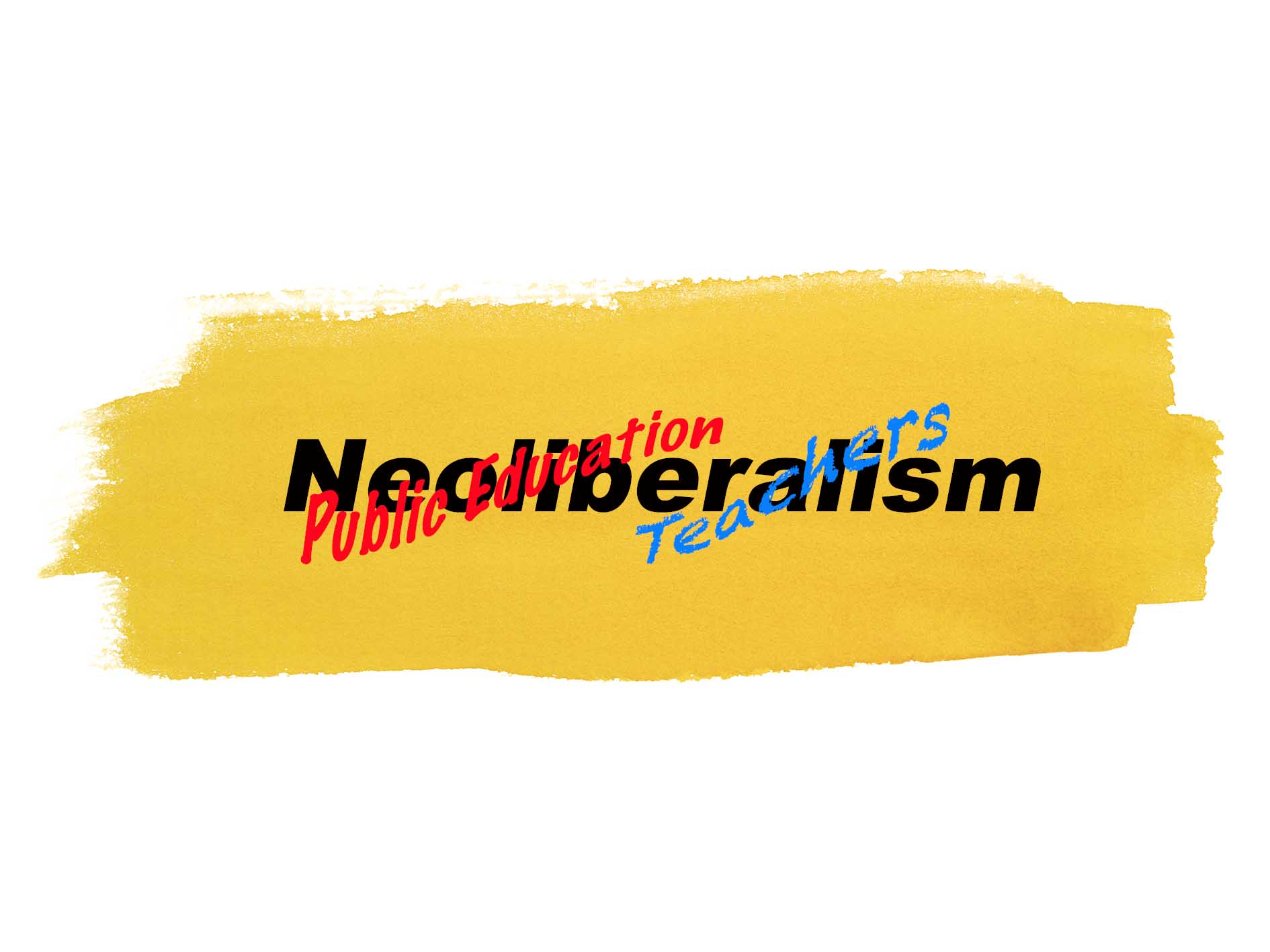 When the North American Free Trade Agreement (NAFTA) was negotiated in the 1990s, one of the many questions was the potential impact on public education in the three countries of the US, Mexico and Canada. Paul Bocking’s look at education in the three NAFTA countries 25 years later helps to answer the question. The short version is that NAFTA probably had little direct impact on public education, but the neoliberal forces that created NAFTA did lead to some convergence, particularly on the experience of teachers and limits on their professional autonomy. 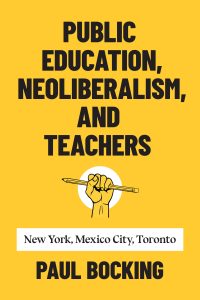 Bocking carried out case studies in New York, Toronto and Mexico City, focusing on these significant metropolitan areas of the US, Canada and Mexico. He chose them not because he thinks the schools in each of the countries are the same as in these cities, but because what happens there is broadly representative of forces acting on education and is an influential source of ideas about education policy and practice.

Before getting into the case studies, Bocking explores the dimensions and importance of professional autonomy for teachers as a key to successful public education. It is autonomy in identifying instructional strategies, selection of resources, choosing timing, methods and types of assessment that both provide professional satisfaction and allow the differentiation of education that best serves the students. Developing capacity for judgment comes from professional training, experience and sharing with colleagues.

Bocking then provides a compressed history of how teacher unions have served to support professional autonomy and how neoliberal policies have served to restrict that autonomy.

It is the global hegemony of neoliberal policies that provides the connecting link between the experiences of teachers in these three different national contexts. The policies include austerity in providing the resources for education; increasing centralization, moving decision-making away from the school or locality; the use of standardized testing as a method of control and of education; and forms of privatization, both as competition to and within the public system. Bocking particularly notes the role of international organizations in the production of common policies, including the OECD and its PISA exam.

In each of the case studies of three major urban education systems, Bocking provides context through recounting the history of developments in education policy over the past three decades. He then draws on interviews he conducted with classroom teachers that explore the restriction of professional autonomy, as well as views of how their unions have or have not supported their struggles for autonomy. Bocking’s report on Toronto also draws on his personal experience as a supply (substitute) teacher and local union activist and officer.

The section on Mexico is of particular value in providing background on the development and struggles against neoliberal education policies, information not widely accessible in English. These struggles have been led by the Coordinadora Nacional de Trabajadores de la Educación (CNTE), a dissident section of the Sindicato Nacional de Trabajadores de la Educación (SNTE), the national union of teachers. The SNTE has generally played a role in support of government imposition of neoliberal policies, or, at least, complicit compliance. The limitations of the CNTE opposition group as an effective force within the union nationally include it being the dominant force in the union only in the southern states with significant indigenous populations. Struggles against neoliberal education policies have an anti-colonial aspect, as well as an autonomy element, that is stronger in those states, including Chiapas, Oaxaca and Michaocan.

Initially, neoliberal policies in Mexico championed decentralization, moving state responsibility to the school level as a way of forcing local communities and parents to cover more of the cost of education. However, this also opened some spaces for opposition to successfully negotiate with state governments to adopt policies different from those desired by the national government. But centralized government policy was re-established, with the direct support of the SNTE president, Esther Elba Gordillo, a corrupt and abusive union leader. A newly elected Mexican president turned on Gordillo, jailing her for corruption, and then attempted to impose new discipline measures through ongoing testing of teachers. Widespread teacher opposition, beyond the traditional oppositional sections of the union, forced the government to back down on testing, but successfully maintained other elements of neoliberal centralized control.

Based on his interviews with teachers in Mexico City, Bocking identifies why organized opposition to the neoliberal policies failed to develop there, particularly in the secondary union, which is organized separately from elementary teachers. Some of the limitations are structural because education in Mexico City has been under the direct control of the national education ministry, rather than the responsibility of Mexico City, which has had a centre-left government that might be more amenable to challenging the national policies. In addition, secondary teachers in Mexico City are precarious workers, only a small minority having full time teaching jobs in one school. Most work part time in multiple schools on shifts, or even work at separate jobs outside of teaching. This limits their time and ability for professional autonomy, as well as the conditions for successful organizing of union campaigns.

Some of the same themes arise in Bocking’s look at secondary schools in New York. Although not precarious in the same way as in Mexico City, school-based budgeting and strong control by principals, along with restructuring into small secondary schools within a school, have led to inexperienced, less expensive teachers filling many of the positions. School choice policies have produced more inequity as some schools can choose their students and others must take whoever is left. The imposition by the state government of standardized testing and “value added” evaluation of teachers, along with the lack of stability in the faculty of the school, present major challenges to professional autonomy.

The United Federation of Teachers (UFT) has been ineffective in opposing the neoliberal policies and have been challenged, unsuccessfully, by the Movement of Rank and File Educators (MORE), an opposition caucus within the union. The union has supported some school district policies, such as breaking the large secondary schools into smaller schools, mistakenly thinking that teachers would be able to have more influence on school policies. They have also been limited by structural issues similar to those in Mexico City. The direct relationship of the union is with the city in collective bargaining, but many of the neoliberal policies are imposed by the state government that can overrule any local decisions. The union puts its focus on lobbying the government, rather than, as MORE proposes, organizing collective action by teachers.

For his Toronto study, Bocking gives the history of the changing shape of neoliberal policies in Ontario that alternate between what might be called a hard, authoritarian neoliberalism and one that is softer and more reflective, but with similar impact. Both have common elements of varying degrees of austerity and centralization of decision-making toward the provincial and away from the local and the use of standardized testing to limit professional autonomy. He notes “staggering volumes of new policy” and increasing time taken up by administrators and teachers to document responses to the policy. The centralization of decisions has presented difficulties for the unions in Ontario to negotiate provisions that support professional autonomy. Also, Ontario has multiple education unions, presenting difficulties with finding unity in challenging government in bargaining.

A common element in all three systems is a changing relationship between school principals and teachers. As control is centralized, administrators are increasingly expected to be the enforcers of government direction on teachers. Principals were removed from membership in the unions with teachers in all these cases, some more recently than others. They become increasingly the agents of policy rather than collegial participants in a collective professional autonomy.

Bocking ends with a challenge to teacher unions. As control of education is increasingly centralized by governments, the union’s focus inevitably shifts to seeking influence at that level, moving away from the local and the classroom. Whatever other successes they may have centrally, protecting professional autonomy has not been among them. His case studies give a sense of the reasons: sometimes compliance or even complicity in support of neoliberal proposals, other times a lack of focus or of unity on what to oppose and how best to do it. Bocking suggests that “a greater emphasis by teachers’ unions on analyzing and advocating the elements of good teaching could bring the spatial centre of gravity within the union back to the school site and the classroom.” And that could build the confidence and the resolve among teachers to maintain their professional autonomy against the reframing of public education as a neoliberal industry. 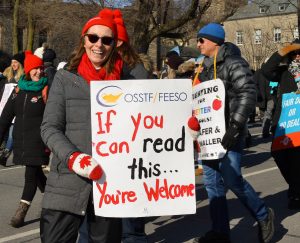 Larry Kuehn retired as the Director of Research at the British Columbia Teachers’ Federation (BCTF). He was responsible for the BCTF International Solidarity Program and was one of the founders of the Tri-national Coalition in Defense of Public Education

This review is republished with thanks to Larry Kuehn and Our Schools/Ourselves, a publication of Canadian Centre for Policy Alternatives