So many words. School boards produce volumes of them about equity: inclusive curricula, destreaming, fair hiring practices – it goes on. Words spill out everywhere in annual reports, multi-year school board plans – objectives, indicators of success for those objectives, tasks, timelines. They’re carefully crafted and inoffensive, offering a veneer, if not the reality, of progressive attitudes towards educating children. But even those words are empty when nothing really changes.

The TDSB, for instance, has generated hundreds of thousands of words about anti-black racism, LGBTQ rights and fighting anti-Semitism, but a report released a few days ago describes a four-fold increase in hate incidents – 291 between 2018 and 2020 – overwhelmingly aimed at Black educators.

There are words that ring hollow because school boards don’t or can’t back them up with action. But sometimes a school board’s decisions so miss the mark that all of its words about fairness and equity are nothing more than hypocrisy – an insult to families whose kids attend their schools. 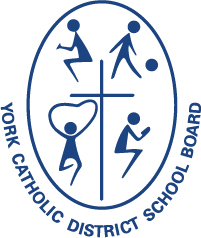 Take the situation at the York Catholic District School Board (YCDSB) in York region, home to one of the fastest changing populations in Ontario. Trustees at the board just hired a new Director of Education, Robert Hofstatter, a white man with 3 years of teaching experience and a background in banking. Tone deaf only begins to describe this hire.

Like other boards across the province, the YCDSB says the words the Ministry of Education wants it to say about equity – embedding them firmly in Catholicism: “Equity at YCDSB is a core value that calls us to recognize that all those we serve in our community are created in the image of God. Each person, bringing gifts to our school and broader community, is to be celebrated and encouraged to grow in Christ…”  There is an office of Human Rights, Equity, Diversity and Inclusion that calls for “…fair treatment, in providing access to opportunity, and advancement for all people…” There’s a page on its site devoted to Black History Month and all the Black speakers coming in to relate their experiences, history and culture.

But in light of hiring a white guy with a few years of teaching at St. Michael’s private school down in Toronto, I can’t help but feel these people are being used.

How can you explain this hire? Chair of the TCDSB, Dominic Mazzotta told me in an email: “Our Board is confident in our choice of Mr. Hofstatter as the Director noting (sic) he meets the qualifications of a Director of Education, as required under the Education Act.”  He wouldn’t have qualified this time last year, but in July 2020 the Ford government slipped a provision into the COVID-19 Economic Recovery Act that amended Education Act “to remove the requirement that directors of education must be supervisory officers that are qualified as teachers.” Mr. Hofstatter was a teacher but hadn’t risen through the ranks to become a supervisory officer.

Education Minister, Stephen Lecce touted the legislation as “an opportunity for generational change” because it would enable boards to hire directors from “visible minorities”. Those last two words didn’t make it into the Education Act amendment.

Mr. Mazzotta added: “Mr. Hofstatter comes to the Board with a focus on addressing anti-racist and anti-oppressive considerations, and will align our resources and supports across the Board to address the needs of our marginalized students.” He’ll be “dedicated to developing and implementing an immediate action plan” to “eliminate all forms of racism and oppression…” This sounds less like a qualification than words of hope.

Corporate leadership for a corporate board

There’s another clue about the appointment. Pressed for more details, Mr. Mazzotta commented “…his background in business and education will be a valuable resource for us as we strive to propel our Board forward into the future.” I think this is closer to the real reason for the hire. Mr. Hofstatter holds an MBA, among other degrees and worked for 20 years at Scotiabank, rising to VP  Global Information Security Operations before he changed careers and headed Computer Science and Robotics at St. Mikes.

This aligns nicely the Ford government’s business focus in a  “not for distribution” document leaked to the Toronto Star a year ago. It called on the Ministry of 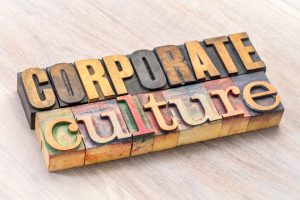 Education “to develop (a) business model to make available and market Ontario’s online learning system to out-of-province and international students and examine feasible options for selling licensing rights to courses/content to other jurisdictions.” According to this document, the government could make money selling the online technology while it cut funding for schools to the tune of $55.8 million in 2021, $56.7 million in 2022 and $57.8 million in 2023-24.

The idea of education generating revenue is familiar to OSSTF President Harvey Bischof who sees Minister Lecce’s words about providing for more racialized directors as a screen for hiring corporate heads to run education as a business. It’s clear that there will be more funding cuts in school boards’ futures, so trustees might well be looking for directors who can manage that disaster, one with a business rather than education orientation.  Mr. Bischof sees it as “stealth capitalization and privatization of the public education system.”

Maybe it was the YCDSB’s eagerness to hire someone with a strong corporate history, but the search committee may have overlooked an important item in the middle of Mr. Hofstatter’s Linked In page: his membership in the Knights of Columbus since 2004. This Catholic organization, founded in 1882, is actively anti-abortion. In 2019 its Belleville branch erected a tombstone in a local cemetary “in memory of all victims of abortion.” In 2017, the Knights objected to an amendment to the Canadian Human Rights Act adding “gender identity and expression” to the list of prohibited grounds for discrimination noting: “the most serious of these (disagreements) is the claim that; ‘gender is separable from biological sexuality and is to be determined by the individual.’ This central understanding of contemporary gender theory is not in accord with natural law or Christian revelation, and has been explicitly rejected by Pope Francis and by Pope Benedict XVI.” The Knights of Columbus in the U.S. have contributed to campaigns to halt the legalization of gay marriage. How does this association fit with a board that claims to be devoted to equity and diversity? The new YCDSB Director of Education and the trustees who hired him, have some explaining to do.

How can a school board be so heedless of the families it serves? Maybe it doesn’t know much about them. There’s no demographic data listed on its website and nothing available through its communication department. The board has just started a Student Census to learn more about the kids and family who attend its schools.

But it’s not exactly living in an information desert. York Region, according to its website is the 3rd largest municipality in the GTHA with a population 1.1 million. In 2016, of all recent immigrants who settled in the GTHA,  14% sought a home in the area. One out of every two of its residents were born outside Canada and nearly half of the people who lived there identified as a member of a visible minority in 2016. Between 2011 and 2016 – 51 410 immigrants settled in the municipality, coming primarily from China, Iran, Phillippines, India and Pakistan. So, ignorance isn’t an excuse. 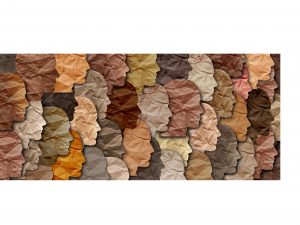 And surely trustees can’t be oblivious to what is going on around them. Just this past November, in a strike organized by Students Speak Up YCDSB, high school students walked out of class to protest what they say is persistent and unchecked racism in their schools. Grade 11 student Selena Osunde told CBC news at the time that she’d witnessed dismissive racist behavior from teachers at her school, comments like a “white teacher asking ‘Oh, your hair is real’ or (saying) ‘Oh I know you probably only have your mom in your household’, just assuming my father wouldn’t be there.”

Malik Scott, one of the founders of Students Speak Up, told the Toronto Star how his teacher in grade 2 had a system for pizza days in which he would pass out slices alphabetically up to but not including Mr. Scott, then start again from the end of the alphabet to ensure that he got the last piece. The students were calling for a board-wide mechanism for reporting race-based incidents and, notably, a hiring process that that would include better representation of minorities among staff, mandatory anti-Black and anti-Indigenous racism training as well as mandatory teacher evaluation audits.

Talk about students leading the leaders.

If that wasn’t clear enough, there was the delegation to a Board meeting back in June 2020, in which parents Kearie Daniel and Charlene Hines told trustees of their experiences and concerns about anti-Black racism within the Board and the need for more Black teachers, guidance counsellors and administrators. They wanted more community representation on the Human Rights Equity Advisory (HREA) committee. This was shortly after the YCDSB set up a search committee to replace retiring Director of Education Ab Falconi. But it looks as though no one twigged on the idea that it might be good to look for a more representative new director.

In the end, it’s hard to imagine what trustees were thinking about when it came to hiring a new director. There was a search committee set up, but no criteria or discussion about key qualifications for a new director listed in Board minutes. The board’s communications department had no information when I asked for details of any public consultation held. Discussion surrounding the ultimate choice of director didn’t appear in public minutes.

Charline Grant is a systems navigator with Parents of Black Children who works with parents trying to make their way through school and/or child welfare systems. About hiring someone with Mr. Hofstatter’s qualifications, she said “ I’m not surprised that it happened in the  Catholic Board” noting that trustees there aren’t necessarily well-versed in anti-Black racism politics. Ms. Grant says that she gets calls about racist incidents from parents whose kids attend YCDSB schools and trustees’ unwillingness to handle them.   She questions whether trustees have the right training to choose a representative director, “not just another white male leading another troubled board.”

Ms. Grant thinks that schools miss out on great possibilities by ignoring equity in hiring. Students don’t see adults in charge of their schools who look like them or come from a similar background. That sends a strong message, as school administration looks the same while neighbourhoods change. Ms. Grant says this “shows the position of privilege and power.” Parents of Black Children want to meet with the new Director to ask him about his strategy for leading a board that hasn’t progressed much in the area of Equity. But Ms. Grant thinks Mr. Hofstatter will have a learning curve to contend with – at the expense of students who need action now.

In the end, it comes back to words. Charline Grant says, when you’re marginalized and dealing with people in power, “you don’t look at what’s being said, but what they’re doing.”