You have probably heard of us at the Ontario Autism Coalition (OAC) We’re on the news a lot usually featuring a crushed young mother with a child in crisis. Mom is desperate to find services for her kiddo and none are available. Or you might see a petite aging single parent with a severely affected and full-grown autistic adult in her care. The camera will pan over two holes in the drywall from wild punches with the parent describing what happened in a monotone voice. Maybe you’ll see a dad in tears trying to save the little centre that finally helped his child even though he knows the battle has been lost. Those stories are all true yet they merely scratch the surface.

Autism advocacy is not for the faint of heart. Sure, we have gotten a lot of attention- we know that.  If success means wash, rinse, repeat for 17 years, well ok. But the OAC is an advocacy group with no phone, office or budget to speak of.  Our efforts to save, reboot and revise the Ontario Autism Program(OAP) have failed. Or have they?  The next provincial election is a week away.

As a non-partisan organization, we watched in horror as the Ford government blew Autism Services to smithereens in Feb 2019.  We tried to get in the door to bring Doug Ford to his senses. OAC leaders pride themselves in getting the big meetings with politicians and bureaucrats.  We have kissed a lot of frogs and we have the warts to prove it.

How well did that go? 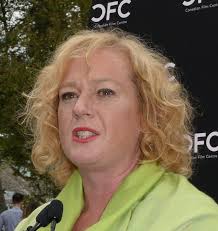 Then, the new minister in charge of the autism file, Lisa MacLeod dubbed herself our newest saviour, declaring, “The fiercest child advocate in this province will be me.”  In one fell swoop she erased 20 years infrastructure that, although  clunky and unfair, had served a portion families requiring services. She chucked the lot. Then, by way of replacement, she implemented tiny increments of age-based flat rate funding. It utterly destroyed what little capacity existed in the government funded non-profit therapy centres and extinguished the smallest hope that severely affected children would get the help they need.

She could have chosen to be a hero.  The OAP was undergoing a massive makeover from the previous government who, after 12 years, nearly destroyed it. But, the blueprints for a new Ontario Autism Program were there for her to copy and tie up with a bright blue ribbon. Instead, in the words of our president Angela Brandt, “Doug Ford chose to renovate our house with a wrecking ball.” Lisa Macleod directed it.

The wait list for treatment was frozen. Families that had been on it for years were back at square one. They would be invited to apply for funds for based on their children’s age – not on their assessed needs. Any child over the age of 6 was eligible for $5 000. Recommended therapy costs $80 000 per year. Parents went into debt during the following years to cover these costs.

OAC president of the time Laura Kirby-Macintosh and I were granted an audience with Lisa MacLeod’s chief of staff, Tim Porter and other Conservative party staffers, who opened with pleasantries like “It’s pretty much impossible to talk to you ladies because you get so emotional.” We listened dry-eyed. “Besides that, you are going to protest us no matter what we do.” The arrogance of the winners!

As a former Tory staffer with the 1990’s Harris Government and now a high school teacher, Laura can run any room she’s in and it quickly became quite uncomfortable for the Tory staffers.  It is one thing to slash and burn public money for social programs in the name of fiscal responsibility and quite another to sit across from women –  mothers of the children hit hardest by these cuts.

I watched them spin out running defence where we had come to talk.  Tim Porter nearly shouted at us blurting that he had never said, “Parents will have to sell their homes if they want that gold standard service.”  We had not even mentioned it.  He was probably referring to a meeting with Ontario Association for Behaviour Analysis (ONTABA) where Lisa Macleod had threatened them with 4 long years if they did not sign off on the government’s new and devastating OAP. 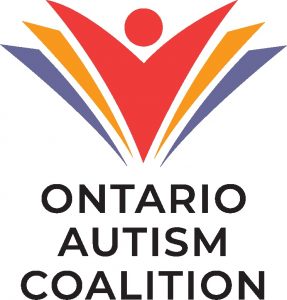 Your average leader in the OAC shares the following characteristics.  We love being parents and are fascinated by our amazing little kiddos. We are people who seek out evidence-based interventions for our kids. Some come from political backgrounds and understand how governments operate, some are medical professionals or educators, some are bookish, community minded citizens, and the rest of us are street fighters.

New members learn quickly how ad-hoc the system is for helping their kids.  Nothing is guaranteed or predictable. Decisions get made by the least qualified among us: politicians. Nothing can be relied upon. Yet, we now know that every case requires customized treatments and steps towards gaining independence. Interventions and supports change according to the child’s needs.

The educators among us sitting on the parents’ side of long school meetings know that staff will be exchanging knowing looks and quips beforehand, prepping themselves for the “Autism Parents.”  Moms and dads are forced perform like actors at a high stakes audition, negotiating for their child’s education.  Let that sink in. Sending your autistic child to school is like buying a used car.  If you don’t know cars and you buy a lemon, you might never know, until it’s too late.

It didn’t take long before Doug Ford, self-proclaimed man of the people had to ditch his famous cell number and abandon his policy of call him any time – because we did, 24/7. To this day he does not announce where he’ll be for fear of OAC parents getting up in his grill. Several crews of activists developed regionally:

Chicks from the 6ix (Toronto)

For months six to ten parents and one stalwart self-advocate visited Queens Park daily.  They sat in the gallery listening to question period and roamed the halls looking for to speak to anyone who would listen to them about their kids.  Security knew them by name and quietly forgave the faux pas of weeping during question period.  They kept tissues on hand and allowed people to shift seating to comfort one another.  Here are some of the chicks from Dec 17th 2019.

Probably the most brazen among us, the Durham crew faced off with three conservative MPP’s.  Describing themselves as family, they moved as a pack and protested hard! Parents pulled out their phones and recorded meetings and “chance” confrontations with politicians.  Unwilling to wait the 4 + weeks to schedule meetings with their MPP’s, parents figured out where they’d be and met with them at skating parties, pancake breakfasts, business openings, you name it.  Listen to some of their antics here.

Those hardest hit by the demolition of the Ontario Autism Programme stepped up and the OAC had strong connections with Northern Families.  These people had been historically underserved. Now with zero hopes of finding help, they came out swinging. We were thrilled to be able to recruit new board members with strong organizational skills and roots with organized labour.  Their perspective had a major impact on our community.

They moved heaven and earth to book meetings with the Lisa Macleod. They camped out in front of her office weekly, flooded the staff with phone calls and email requests. The Ottawa Crew  joined me for a quiz night to trade war stories. Quiz Night with Autism Ottawa United

Long neglected communities in the North were no longer able to sustain their centres and services ground to halt.  Desperate is not a strong enough word for the families. Their objectives: For the Ford Government & the MCCSS (Ministry of Community and Social Services) to recognize the trouble Emergency that Northern families are in regarding the decisions the Ford government has made for the Ontario Autism Program.

Working from the inside 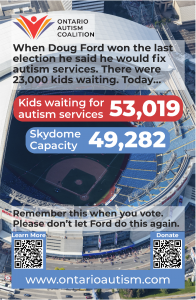 government, had gotten a job with MPP Amy  Fee who was the parliamentary assistant to Lisa Macleod.  That didn’t help. As a freshman member of provincial parliament, both Doug Ford and Lisa Macleod trotted her out as the face of parents who claimed to LOVE this gutted OAP. Amy, once a strong parent advocate who rallied with us against the Wynne government’s age cut-off, told a different tale when she had to support what she once opposed. Macleod and Fee ignited our community into a frenzy.

A lifelong old-school conservative, Bruce had hoped to rekindle deep-rooted relationships and offer himself as an advisor, but couldn’t get his foot in the door to help. He resigned his position, not for the first time, falling on his sword for the kids.

And so began our initiation to the Ford governments’ management of the Ontario Autism Program.  It only got worse with two replacement ministers on the file.  The government never spent what they promised.  They missed every self-imposed deadline.  They secretly froze the waitlist.  They played duck and cover through COVID.  They allowed families to spend money budgeted for therapy on toys, trampolines and pools and forced us to manage more community education efforts on our already exhausted volunteers.

Please help us. Autistic kids need access to core services NOW! The Ford government has admitted only 675 kids out of the 53,000 on the waitlist, and most are still waiting for service to start. Ford and his ministers have doubled the waitlist. They had come to power promising that they would clear it. Well, they didn’t. Not even close. We’ve tried talking to them, we’ve tried protests, we’ve tried petitions. None of it has worked, and our kids can’t wait any longer. So, we’re turning to you. When the candidates come calling for your vote in the June 2 election, tell them that #50KIsNot OK. Don’t vote for anyone who thinks this government has done a good job—because they haven’t. 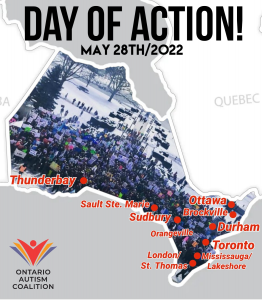 Karen Bojte is a Director with Ontario Autism Coalition

The OAC’s mission is to secure permanent, scientifically supported, government-funded therapy, treatment and services for individuals with autism and their families