We Want Affirmative, Ongoing Consent to Become The Norm

On March 15, the Ontario Ministry of Education announced its changes to the revised elementary Health and Physical Education (HPE) curriculum . It intends to teach consent in grades 2 and 3, which it falsely claims had never before been taught in those grades. You can see clearly from an article I wrote in 2015 that one of the key sections of the 2015 curriculum is about exactly that: “saying no; respecting the right of a person to say no and encouraging others to respect that right also; reporting exploitive behaviours, such as improper touching of their bodies or others’ bodies.”

Depending on the written guidelines and the subsequent lesson plans developed by each school board, this may still be a step in the right direction.

It is important to acknowledge that health educators have been teaching about consensual and non-consensual sexual activity for decades. Despite gains made by the women’s movement since the late 1960s, sexism is far from eradicated. Rape culture, although under scrutiny and challenge, is still the norm. Sexual harassment and assault are as common as dirt. How can we make a fundamental change in our society through education?

If all genders are not on board with the concept that consensual sexual activity is enjoyable and fulfilling, we will not make any headway. If boys and men in particular are not included as allies in this struggle, classroom education will remain no more than an exercise.

I created a lesson plan about sexual assault at least 20 years ago which continues to be used by former colleagues. It is a two-part activity. In the first part, the facilitator reads a series of statements, like “If you go somewhere private, it means you’re going to have sex”; and “no always means no” and asks students to agree, disagree or indicate that they are not sure. In the second part, students work in small groups and read through two scenarios depicting a sexual incident: one told from a girl’s point of view where it is clear there was no consent; and the other from the boy’s. Then they answer questions which are later discussed by the whole group.

Here is one of the statements in the first part: “It is OK to say no at any time” (during sexual activity). It provoked a grade 8 boy to insist that once you had initiated sexual activity, you couldn’t stop. I asked the class why someone might want to stop (fear, pain, flashback, changed their mind etc.), but this kid wasn’t budging. So I said, “Suppose you’re on top of her and you can see that she is in pain.” He said, “Turn her face away.”

That is an unusual response from a 12-year-old, but indicative of the kind of thinking at the far end of the consent spectrum – a total lack of empathy and clear exercise of power.

After each group reads the story given to them, I read them both out loud.  It is a “he said” “she said” scenario: “She” knows she is going to meet a guy at a party she hopes will become her boyfriend.  She has a few drinks, gets dizzy and goes upstairs to lie down. “He” follows and misconstrues her intent.  Reading the stories out loud, it becomes clear that what happened after was not consensual.

I remind them that there are medical issues that need to be explored (Emergency Contraception, Sexually Transmitted Infection testing) psychological/emotional issues (the need for counselling since most people blame themselves after an assault) and legal issues.

The stories are written in a way to demonstrate miscommunication based on the popular cultural ideas I mentioned above — exacerbated by alcohol consumption.  I suggest that if the police came to this boy’s door and said they were investigating a sexual assault, the boy would probably wonder “Who got raped?” We end the class by brainstorming how the whole situation could have been prevented.

Girls and women are still seen as gatekeepers in heterosexual relationships. In spite of the current support for affirmative, ongoing consent, it continues to be difficult for a girl/woman to live with this new norm. Societal ambivalence rules: is it really OK for women to want sexual activity and say yes to it?

I always taught that to say no and be heard, it is important that tone and body language be congruent- to say no in a way that is clear and unequivocal. But no to what? No means no to a particular sexual activity at a particular moment in time.

People are complicated and so are their desires – they can change during the course of any sexual encounter.

In a more sophisticated discussion with older students, this can be illustrated with a continuum: from enthusiastic mutual consent to playful seduction; to giving in; to coercion; and to forced sexual contact.

People may move back and forth along the continuum from mutual consent to playful seduction during a single or multiple encounters. One may not initially want to engage in a particular sexual activity, but could become interested. But there is a difference between talking someone into it and turning them on.

There is also a difference between hearing the word “no” and ignoring it. We are familiar with the power dynamic and the culture that facilitates this crime.

For boys/men, saying no to sexual activity with girls/women may be difficult for other reasons. Society tells them never to refuse what is handed to them on a silver platter. Women who sexually assault men are more likely to use shame and coercion than force for obvious reasons.

Same gender assault involves many of these same dynamics.

We want affirmative, ongoing consent to become the norm.

We detest rape culture and want it eradicated. We are appalled when images and videos of assaults are posted as entertainment. Good pedagogy includes teaching empathy for survivors in order to eliminate this ghoulish feasting on others’ misery.

While it is useful to explore the underlying ideas that lead to assumptions, miscommunication and/or predation – a simple unpacking may be better teaching than political rhetoric.

In their fervour to drive home the harmful outcomes of rape culture, some educators are using materials that are more likely to alienate the boys and young men in the classroom than to enlist them as allies.  Depicting boys and men as enemies not to be trusted is damaging rather than enlightening. I remember lesson plans where students were supposed to come up with responses to lines, like “you would do this if you loved me” – so they could avoid being coerced into sexual activity.

We want them to accept the premise that there is an advantage to mutuality-  the desire for equality in every aspect of the relationship. I read recently that consent culture is a resistance movement to rape culture. It is a lot to ask for young men to see themselves as freedom fighters against rape culture and sexual assault. 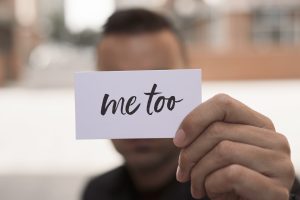 I think Wiseguyz (engaging junior high boys in a weekly program on human rights, sexual health, gender, and positive relationships) is on the right track in the way they address young men directly. There are also some excellent public campaigns like the one from Norway “Dear Daddy” and New Zealand’s “Who are You?” that bring home these messages in a simple, clear and direct manner that appeal to the positives.

Because good lessons on consent and sexual assault are so hard to come by, well thought out print materials can play a role. I would love to see a good pamphlet which includes the language of consent and refusal as a guide for young people to take home.

There is work to be done.

Lyba Spring has been a sexual health educator since 1982.  She worked in that capacity for Toronto Public Health for 30 years.  Read more of her articles here: https://springtalkssex.wordpress.com