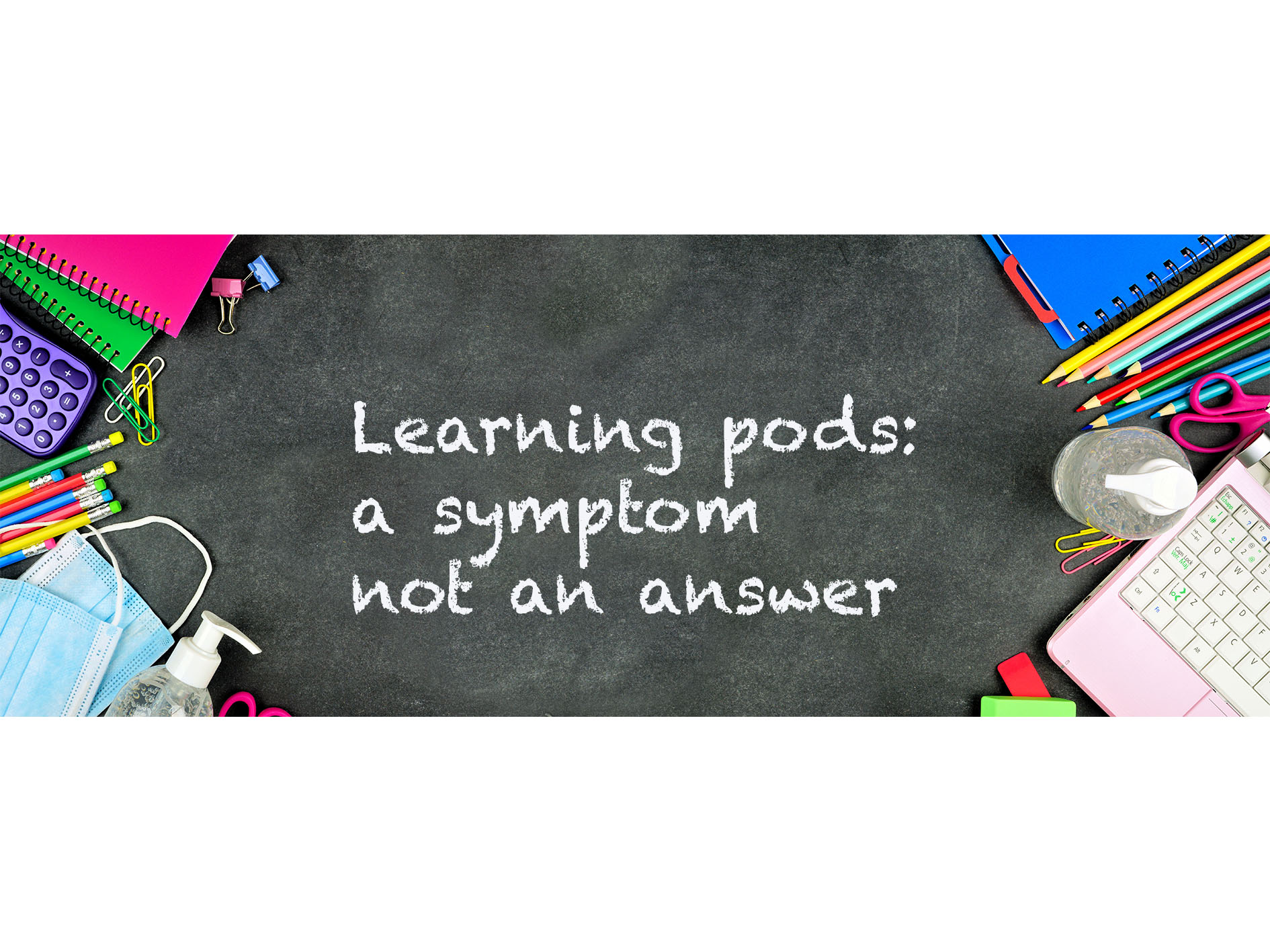 Corrections: Please note in green below corrections to his interview requested by Trustee Mammoliti

If you haven’t yet, take the parent and facilitator surveys to find Pod matches in your area!!

We have a learning pod that started Sept 8th. It’s run by a teacher and an EA. Some kids will be doing online work from their school district or others will be taught curriculum by the teacher.

Any other moms and dads out here feeling torn about their decision not to send back? I have no regrets. Just a broken heart

Hi everyone, I wanted to reach out to see how everyone else is choosing to or able to interact with their school given that you’ve chosen to do a pod. We are part of the Hamilton catholic board and I emailed the virtual principal to see if they can work with us and our pod. We have an Ontario qualified teacher who will be teaching my SK and grade one daughters along with 3 other girls from their school. The reply I got was NO…

Thank you Learning Pods – Canada for your platform. Here is another featured story about our learning pod turned micro-private school…

It goes on. These are a few of the posts on Learning Pods- Canada which started up at the end of July and now has 11 500 members on its Facebook page. Plenty of groups like NITEO Hybrid School are seeing a market out there for frightened parents with the means to keep their kids out of schools underprepared to cope with COVID-19. NITEO offers classes in-person for $275 per pod per day.

Another group, Elite Camps, normally a basketball facility, expanded to offer a pod with a teacher who will supervise kids doing online learning. It offers 11 weeks of support $4 050 for students in grades 1-8. But who can pay that kind of money to ensure their kids are learning – but learning safely?

Who is returning to school?

It looks like people would be lining up for learning pods if they could. Last month the Toronto District School Board (TDSB) asked parents if they would be sending their kids to school or keeping them home to learn online. Eighty-nine percent of them responded to the board’s query.  Of all those people, 71 percent of elementary and 79 percent of secondary parents told the TDSB that their children would be attending school in-person in September. But the story is a lot different for many schools, those in areas of the city that have been hard hit by COVID-19 according to Toronto Public Health. These, coincidentally, are poorer neighbourhoods where parents work at low-wage, precarious jobs.

In Ward 1 for example, many elementary school parents opted to keep their kids at home for online learning.  Depending on the school, the count runs between 39 and 65 percent for those planning to send students into school. Most of them cluster around 48 to 51 percent. Secondary schools in the area can expect to see 55 to 63 percent of their students returning. This pattern is much the same for other hard-hit parts of the city: schools like Driftwood PS in the Jane and Finch neighbourhood with only 42 percent of students returning in person, Glamorgan near 401 and Kennedy Rd with 55 percent returning, the same for Roselands PS near Eglinton and Jane Streets.

It’s impossible to know how these families plan to supervise their children’s learning, but it’s bound to be difficult. Kemisha Thomas is a member of Jane Finch Education Action (JFEA) and says that she is still able to work from home and plans to use the remote learning option for her secondary and elementary students. She worries that there isn’t a safe plan for going back to school and doesn’t believe that kids will always wear masks. They’re “always in each other’s stuff” she adds, so that schools are like petri dishes growing germs of all kinds. Ms. Thomas has a game plan for her children to follow and knows that she can monitor it while she’s at home. But she knows parents who don’t have that choice. They just have to send their kids to school while they go to work.

It’s a situation familiar to fellow JFEA member and co-chair Anna-Kay Brown. In her experience it’s parts of the city like Rexdale, Jane and Finch and Malvern, where people who are working poor can’t afford learning pods- it’s a toss-up between rent and food. These people take on precarious work, without sick days; they’re parents who are not going to be able to supervise online learning after they’ve worked an 8-10 hour shift. Now, she thinks, there’s a two-tiered system of coping with the pandemic – one which enables parents who can afford it, to finance a way for their kids to get ahead: “Who’s able to afford, will always be able to get ahead.”

For years Wayne Black has worked with kids of all ages in the Jane Finch community. He thinks there are already “hoops, challenges and pitfalls” kids must hurdle to keep away from gang culture. Students are easy targets  for minor infractions that keep them in place – “in trouble” as he says. In the past they’ve had to face unequal suspension rates, carding, police in schools and their parents are already discouraged. So, add to the mix the possibility that they might have to stay home and do unsupervised online learning and everything gets much harder.

The problems, as we’ve known for years,  go far beyond learning pods and online learning. The Ford government has cut funds for schools, health and social services from the time it entered office.  For example, in 2019, it “clawed back” $15 million from Children’s Aid Societies to promote efficiencies.It cut public health funding to cities along with funding for new child care spaces. It capped public service workers’ wage increases at 1 percent and held the minimum wage to $14 per hour.  It dropped a rent control requirement for new buildings. For families living on the financial margin of society, they’re already behind.

While Premier Doug Ford has certainly toned down his public bombast lately, that doesn’t translate into the money required to make schools safe. As political economist, Ricardo Tranjan outlined a recent article published in School,  Education Minister Stephen Lecce  graciously allowed boards to dig $153 million deeper into their own reserve funds to pay some of the costs of making schools a bit safer if they have that extra money lying around. He hasn’t offered to reverse any of his government’s cuts. Instead, he’s put up $309 million for custodial staff, nurses, testing, masks, mental health support and so on, $18 million for school boards to hire administrators for online learning and then $50 million to update ventilation systems in the entire province – all in 3 weeks by the way.

Any other money is coming from a $763 million grant from the federal government, and it’s worth mentioning that 97 percent of the Ontario’s COVID-19 money is coming from the same place. That works out to about $99 billion overall, according Queen’s Park Briefing. But Premier Ford has elected to allocate only $70 million of that to hire temporary teachers. So, if school boards add that and their available reserves together it comes to about 1 teacher for every 700 students by Ricardio Tranjan’s calculations.

What the TDSB is doing for high-risk schools

Ninety-three schools in the TDSB are getting extra staff to keep classes sizes down to around 15 students to 1 teacher. This extra help is based on whether a school is considered by Toronto Public Health to be in a high-risk area for COVID-19 or is on one of the lowest rungs of the board’s Learning Opportunities Index.

TDSB trustee, Christopher Mammoliti told me that all of his schools in the Jane and 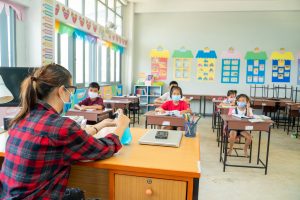 Finch community are designated this way and he expects class sizes from Kindergarten capped at 15 students per teacher. Grades 1-8 will average around 20 and secondary classes will run at 15:1. He thinks it mitigates the risk for spreading COVID-19 in his ward, but what about all the other schools? With a projected deficit of $38.5 billion he asks why the province doesn’t add another 0. 5 percent to keep schools safer with 15:1 ratios everywhere. As far his ward is concerned, he thinks  “our poverty issues are creating social dilemmas for us and all levels of government need to come to the table.”

From a symptom to a problem

So far, the emergence of learning pods looks more like a symptom of a problem rather than another problem itself: reasonable fear of a pandemic which changes daily, lack of money for safe schools, disorganization of a government that only had an outline of a plan back in July and then changed rules on school boards as they developed their own. But what does this mean in the longer term?

Anu Sriskandarajah is the TDSB trustee for Ward 22 another hard-hit area at the eastern end of the city. She’s worried about learning pods. They are good for some teachers – not working for a school board- who might do quite well offering the service – but not for parents who can’t afford it.  She says that this “is going down a dangerous path. We end up creating a more stratified system.” Ms. Sriskandarajah speculates that, as bargaining between teachers and the province gets tougher in the future, more teachers will leave the public school classrooms and run learning pods. It will just “normalize” this situation.

Ontario Parent Action Network (OPAN) has been a terrific supporter of public schools and the teachers who work in them. It was heavily involved in actions against Ford government cuts, organizing walk-ins to school and putting out powerful arguments countering government claims it was acting for the best in education. Jess Lyons, of OPAN is perfectly clear about the Ford government’s plan to re-open schools: “it will fail miserably.” The government wants to keep the economy and profit generation ticking and it’s selling the idea that online learning will be as good as being in class. So, there’s no great need to put in the extra money needed to make classrooms minimally safe. Since the crisis of COVID-19 will deepen, she believes the government needs to provide income supplements for people who might have to stay home.

But there is a broader theme, she thinks. The government has been making use of 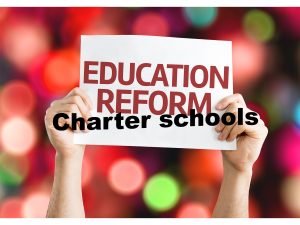 this crisis to further greater austerity and privatization. Its ideological and political priority has been to cut away at education and the common good. School safety is not just safety against a virus but safety of that common good.

The fears of parents, educators, trustees, administrators and the community in general are well-founded. Return to school just before a possible second wave of COVID-19 is risky at best. So why hasn’t the Ford government put in the money needed to mitigate that risk? What’s going to happen when – like Quebec where 70 schools reported at least 1 case of COVID-19 between September 1 and 8 – we see more and more students sent home from school?

For a government that is ideologically committed to business, it makes no sense to short-change safety and watch while businesses have to shut down again. But as far as education is concerned, it looks like the Ford government thinks it’s a risk worth taking. Education Minister, Stephen Lecce has pushed very hard for online learning and here it is – touted as a solution for kids who can’t attend school. Learning pods could develop into charter schools as their public counterparts come under the gun with future funding cuts, increased scrutiny, deterioration of buildings and so on. There might be a whole new business in waiting that would reduce government’s responsibility for public education. That’s a step in a fearsome direction.