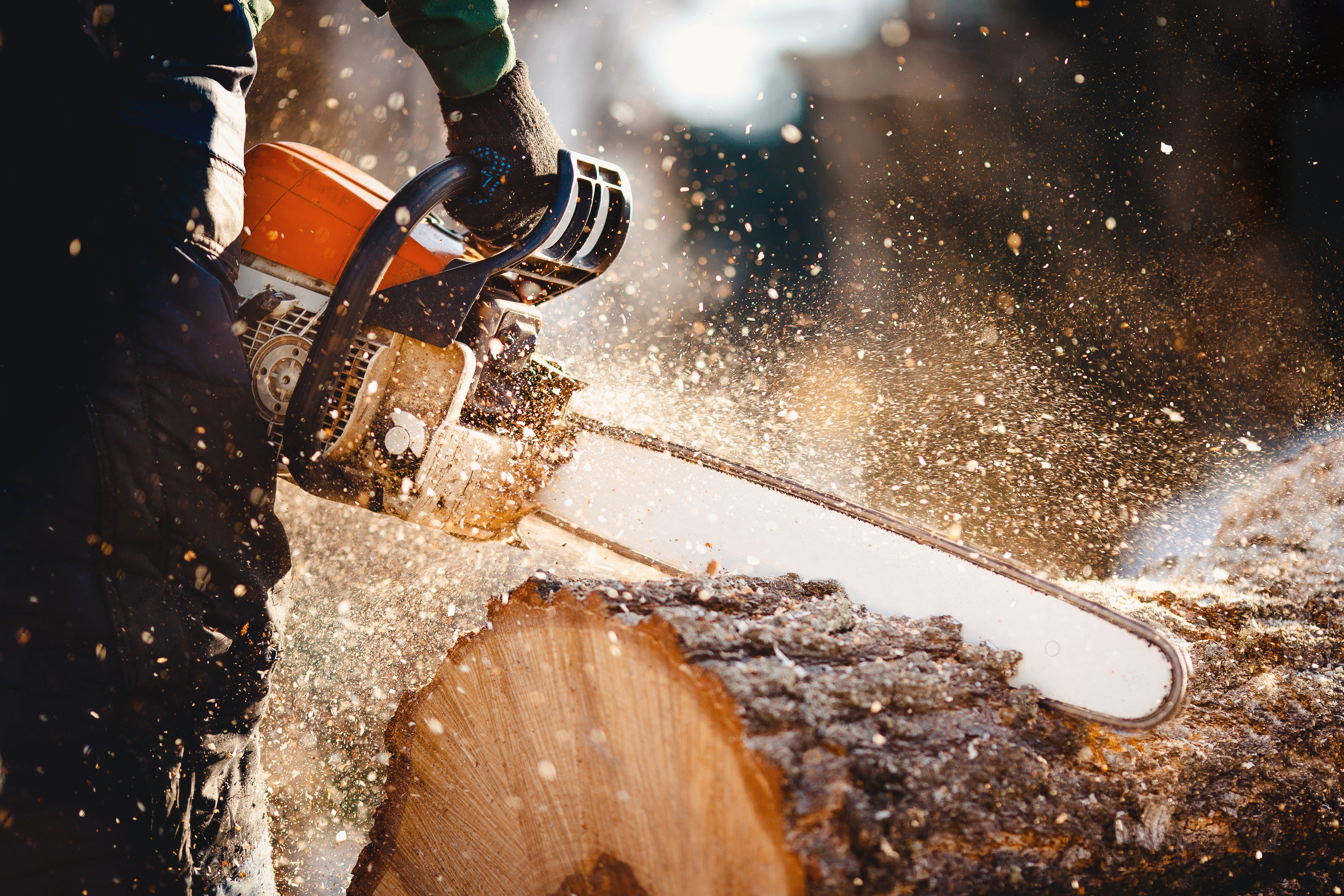 Tories deliver us from Liberal “ideology” with massive cuts to education

Education Minister Lisa Thompson, walked up to the podium at the Ontario Science Centre on Friday to tell Ontarians about her plan for education.  But first, she took a shot at the Liberal Party. Liberal “ideology” she claimed, got it wrong on education from the “social experiment” of the 2015 sexual education curriculum to Discovery Math.  It was “not a moment too soon” she said, that the government of Doug Ford stepped in to set Ontario schools on a new “sustainable path.”

Let’s face it, Ontario schools sinking under twenty years of Liberal and Tory cuts and underfunding are in for something much worse.

Here’s an outline of what Ms. Thompson is planning: 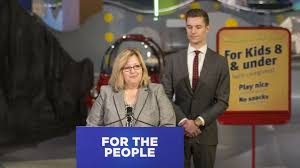 During the election last May, the so-called “sex-ed curriculum” had to go as far as the Tories were concerned. Doug Ford said the Liberals had introduced a “sex curriculum based on ideology.” Once elected, he immediately shut it down and even introduced a “snitch line” so people could call and rat out teachers if they taught the banned curriculum.

Turns out it was only an election ploy, after all. Ms. Thompson isn’t going to do much to change the curriculum. It will introduce the idea of consent in grades 2 and 3 and kids will still learn about their body parts in grade 1. But she’ll push gender identity to grade 8 since younger boys and girls are still considered to be too young to learn that there are a variety of families in the community, including those with two moms or two dads, one mom, one dad and so on.

She has introduced an opt-out plan for parents who don’t want their children to learn about certain topics. This was already in place, so she didn’t introduce anything.

Curriculum writing for Indigenous peoples’ history was one of the first things the Ford government stopped last summer when it sent home the writing team of native people from across the province who were supposed to develop it. It’s now somehow reappeared ready for a May release – though, as recently as September, the Ministry wasn’t planning to recall the writing team.So, file this one under the category: Believe it when you see it

From a government that gave up $3 billion in potential funds from a cap and trade agreement for greenhouse gases, it’s rich that Ms. Thompson wants to introduce financial literacy in the classroom as part of the Ministry’s new math strategy. Mind you, it’s already threaded through the existing math curriculum as part its practical applications and the minister wasn’t providing many details  about how things are going to be different. The Tories are also going to introduce Ontario students to “back to basics” math. There’s no mention of what that means or how they are going to do it.

Ms. Thompson plans to have teachers spend more time on Science Technology Engineering and Math, (STEM) though she didn’t go into any detail. Again, it’s already taught throughout the Science curriculum, though the backgrounder to her announcement mentions a grade 10 career studies course geared to STEM in industry.

You know a government is up to something, when it sets out to distract people with non-issues like banning cell phones. School boards already have strategies to keep them out of classrooms when they’re just going to distract kids. Ryan Bird, spokesperson for the TDSB, says that the board encourages the use of 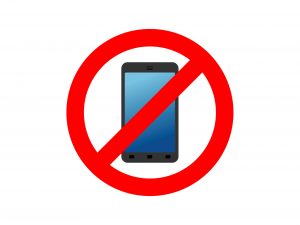 technology like smartphones in the classrooms. It “might make sense in one classroom and not in another.” That’s why decisions to ban them depend on circumstances at each TDSB school. The same is true at the Toronto Catholic Board. Principals and teachers are quite capable of making the call.

Having just appointed failed PC candidate Cameron Montgomery to head EQAO at a salary of $140 000 per year (previous stipend was about $5 000 per year) it’s no surprise that the Ministry won’t be doing the right thing and dumping the testing agency, which has for so long misrepresented skills of students across the province.

What’s interesting here though is that the government wants to the EQAO to delve into more personal areas than reading, writing and math: “transferrable skills like collaboration, problem solving and citizenship.” The research group People for Education, with backing from the Liberals, has been pushing this bad idea for some time. It’s called “Measuring What Matters,” and is based on the illusion that qualities like compassion, social responsibility, reflection and collaboration may be distilled into bullet points and assessed in some valid way. Put that idea into the hands of a business-driven Tory government and it takes on an even more sinister meaning.

But, here’s that part that must have motivated Lisa Thompson to show up for an 8:30 a.m. announcement. This is where we get into lowering expectations and cutting education.

Too many young teachers she explained, have been passed over for jobs because hiring prioritizes seniority not skills – something that she’s going to change. It’s just not true. Ontario regulation 274/12 does outline rules for seniority, but it’s also clear about the interview process and required qualifications. Nonetheless, seniority matters to education workers of all kinds who don’t want their careers decided by whether or not some school board administrator likes them or not.

And this from a government blazing new trails for cronyism. See EQAO above.

Are Ms. Thompson and her boss  getting ready to take on the unions representing teachers and education workers?

Starting in 2021 the Ministry will phase in the requirement that students go online to take four out of the 30 credits they need to get their Ontario Secondary School Diploma (OSSD). The press backgrounder said this is because the government is “committed to modernizing education and supporting students and families in innovative ways to enhance their success.”  Really? How does sitting alone in front of a computer, enhance anything?

How will the Ministry or school boards monitor learning? What will happen to students who can’t afford up-to-date computers? There wasn’t any information about that.

Let’s just read this as the Ministry wanting to cut teachers by putting kids online, not in classrooms. Maybe this is the way, the Ford government plans to handle the school repair backlog.

There’s already programme called Specialist High Skills Majors for grade 11 and 12 students who might be interested in “apprenticeship training, college, university or the workplace.” They can get credits towards their diploma while earning industry certifications and skills. 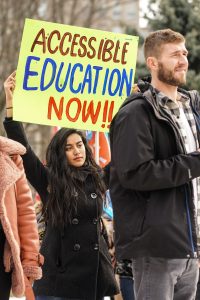 Ms. Thompson managed to keep a straight face when she proclaimed that the Liberals were “elitist” focusing only on university preparation. Then she went on to introduce this programme as her own. She might as well say that the Tories are “for the people.”

To underscore such cynicism, you only have to remember that just a few weeks ago the Ford government made it more expensive for students to attend post-secondary schools

This is the big one:

How many teachers will be lost? According to Lisa Thompson, “not one teacher will lose their job (sic).”

She doesn’t mention attrition – retirements, people looking for other work and so on. So, the real figure, according to OSSTF President Harvey Bischoff, looks more like 3 630 teaching jobs lost to education across the province – 800 to 1 000 here in Toronto. NDP education critic Marit Stiles estimates that in 4 years Ontario will have 10 000 less teachers and other educators working with students across the province.

The Local Priorities Fund established in 2017 is gone. It came out of labour negotiations to provide $325.4 million (2018 figures) for more special education staff to help kids with special needs. According to an April 2017 memo from the assistant deputy minister in charge of finance, it would provide 875 special education teachers cross the province along with up to 1 800 education workers (2017 figures) 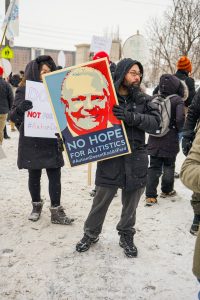 Cutting this program is bizarre. The Ministry is pushing kids on the autism spectrum into the schools on April 1. True, they’re getting the $12 300 every child gets to attend school. But, there’s no sign of stable money for the future and given these students’ massive need for support, principals and teachers are left scrambling to cope with the changes. By cutting this special fund for kids, it just makes a bad situation worse.

The Cost Adjustment Allocation is gone as well. It was supposed to provide supplemental funding for education workers, but the Ministry has downloaded that task to school boards. The Canadian Union of Public Employees (CUPE) Ontario estimates this to be a loss of $63.6 million.

The Human Resource Transition Supplement that also came from the 2017 negotiated settlements to help school boards meet the resulting staffing changes, is also history. That’s another $10 million gone, according to CUPE.

By Ms. Thompson’s own reckoning, there will be a 1 percent cut to the education budget  –  that comes to $250 million dollars. Over 4 years that sort of cut could  add up  to $1 billion – that’s the 4 per cent slice the Tories were talking about three months ago

Let’s not forget the $25 million cut to Education Program – Other (EP-O) funds back in January. Then there’s the matter of $16 billion in repairs that schools need to keep operating properly. No mention of those items anywhere in Ms. Thompson’s announcement.

Look at this mess and you might recall that night a few weeks ago when Doug Ford’s Tories fed themselves a $1 250 a plate dinner and raised $4 million for the party in one evening. It was furious parents and educators on one side of the line, well-off Tories seeking a place at the trough on the other – epitomising narcissism and greed.

This is the result of that massive egotism – destruction dressed up as concern for children and hypocrisy masquerading as policy from a government that is nothing more than an empty bag to hold power for business interests. They alone will profit from this government.