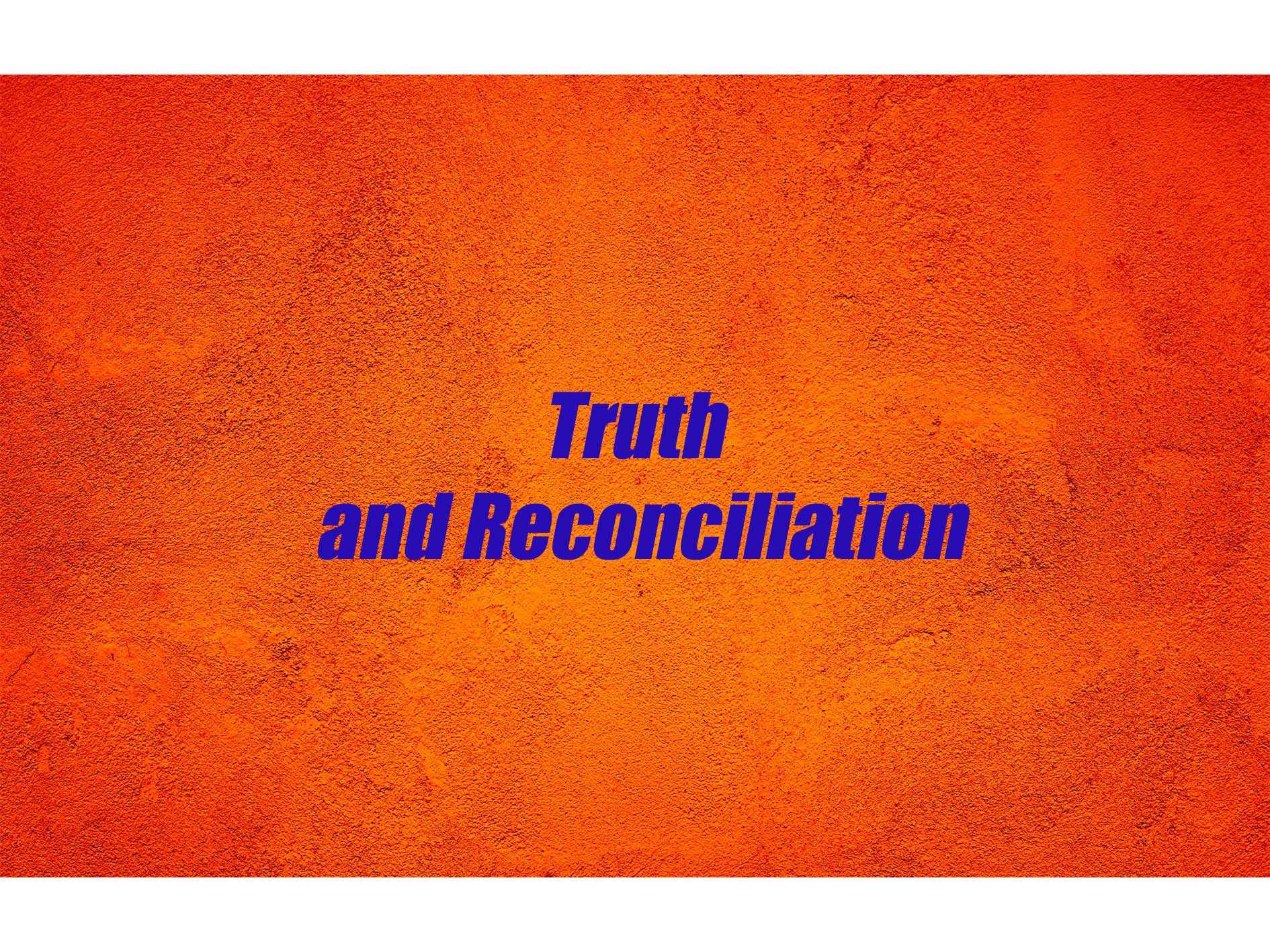 If you want to learn more about what you can do to teach and talk to students about Truth and Reconciliation week, you won’t get much help from the Ministry of Education in Ontario. Its preoccupation right now seems to be offering direct payments to parents for tutoring and getting Ontario kids ready for future jobs it doesn’t yet know will exist. 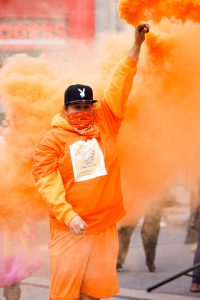 Fortunately, educators of all kinds do not need to rely on politicians in order to teach students. There is much out there that teachers and families can use to observe this week as it continues up to Orange Shirt Day this Friday September 30. Last year, Truth and Reconciliation Week accompanied the horrific discovery of the graves of children buried at residential school sites. Since then there has been a papal visit in July, a very late and reluctant effort by the Catholic Church to apologize for the harm perpetrated by its representatives on children attending its schools across the country. The visit  prompted deeply mixed emotions and as Truth and Reconciliation Commission (TRC) leader Murray Sinclair told The Conversation there was a “deep hole” in the apology for the Church’s cultural genocide:

“A concerted institutional effort to remove children from their families and cultures, all in the name of Christian supremacy. While an apology has been made, that same doctrine is in place.”

The hole to which Commissioner Sinclair referred was the “Doctrine of Discovery” that arbitrarily gave colonizers the right to commit the acts of destruction that enabled them to take and hold land that didn’t belong to them. The doctrine is still in place, the tensions still remain.

Education is one way forward and here are some really good resources to support it.

National Centre for Truth and Reconciliation

Its theme this year is Remembering the Children

Brenda Gunn, Academic and Research Director for the National Centre for Truth and Reconciliation (TRC), notes that since the discovery of graves outside residential schools, “the spotlight on the history of residential schools, has faded a little.” This series from the TRC is available for elementary and secondary teachers and offers lots of information about Indigenous language, culture and history. In one video, elder and residential school survivor, Florence Paynter describes how Indigenous children were forbidden from using their language, something that lead to their sense of loss and disconnection from their families.

Author, Pat Ningewance Nadeau, explains how she tries to demystify Indigenous language learning for students find that learning might be too “high a mountain to climb” adding that “when you speak the language, that’s when you know where you’re from.”

In another section, children’s author David Robertson reads and answers questions about his book “When We Were Alone” that describes the yawning gap between life at home and life at residential schools – all in a way that is easily accessible to young children and prompts plenty of discussion. Author of “Waiting for the Bell to Ring”, Larry Ahenekew describes his life from six to sixteen spent at the Îleà-la-Crosse residential school. It was a time of regimentation, loss of family and missing out on opportunities to learn how to be a parent. Mr. Ahenekew urges young people to value their families and “be proud of who you are.”

New episodes come out each day this week. One in particular describes how educators and students can develop their own digital storytelling workshop.

It’s a good idea to join FNMIEAO. This is an organization that is tireless in its efforts to help educators do a better job of explaining history, culture and language of Indigenous peoples and how they all interact.

relationships – with leaders, between adults and children, with the land –  as well as effects of European influence and treaties. It’s a specific and rigorous curriculum. One of the units, Who We Are, describes people and their connections within the Kitchinuhmaykoosib Inninuwug First Nation, Ojibways of Onigaming First Nation, Chapleau Cree First Nation along with language of the Oneida clan. Another, How We Lead focuses on interactions among First Nations before European settlement as well as after. It covers government and conflict resolution highlighting Indigenous knowledge and a way of looking at the world that is typically ignored in textbooks.

For elementary kids, there are some probing questions in the follow-up work that accompanies the videos noted above. For example, after watching a video about roles, responsibilities and European contact, students are asked to discuss: “What did Europeans assume about the men they met? Explain why they made that assumption.” Other questions guide students into areas like the role of Anishinaabe women prior to European contact, what it means to be a “two-spirited person” and so on.

Secondary resources are linked to formal high school courses and deal with topics like the United Nations Declaration on the Rights of Indigenous Peoples (UNDRIP), Colonialism, Genocide, Making Connections and Creating Change as an Impactful Ally. On this last topic, one activity has students watch  a video by Cindy Blackstock, director of First Nations Child and Family Caring Society of Canada on How to Change Systemic Racism in Canada and then develop a definition of systemic racism. This is demanding work and FNMIEAO does a terrific job of connecting resources, learning and application.

Co-chair Jodie Williams had to watch as the contributions she and others made about Indigenous knowledge  were deleted from the final draft of the Ministry’s revised science and technology curriculum. FNMIEAO is a great resource despite barriers thrown in its way.

So much of the attention that finally surfaced about the experiences of Indigenous children in residential schools across Canada did so because of the story of Orange Shirt Society director Phyllis Webstad. Her clothes, including a nice new orange shirt her grandmother bought Phyllis for her first day at St. Joseph’s Mission School in 1973 were taken away from her upon arrival. Maybe it is the visual impact of such defacement, but the story has caught on. You can read School’s interview with her here.

Alberta educator, Robin Drinkwater developed a curriculum for young people from Kindergarten to grade 6 based on Orange Shirt Day. It’s available on the OSS site and focuses on the slogan “Every Child Matters” on their families classrooms and greater communities. Grade 3 kids start to consider the idea of loss in their own lives and how that might relate to those of children leaving homes, language and families to attend residential schools. Later, students discuss books like  Fatty Legs and A Stranger at Home: A True Story by Christy Jordan-Fenton and Margaret-Olemaun Pokiak-Fenton. This helps students to imagine the experience of being in a residential school, where the cultural practices were completely foreign, while facing the trauma of being removed from one’s home and family.

By grade 6, students are helped to look critically at Canadian history, rather than accept at face value whatever comes from texts. They also compare Indigenous histories from the U.S. and Australia and how the separation of Uigher children from their families in China will have awful consequences in the future. Her article Beginning the journey of reconciliation: Orange Shirt Day in elementary schools goes into more detail.

OSS also offers a series “Building Bridges” for students in grades 5-8 and up. It combines current affairs and history with different ways of looking at information to grasp the significance of residential schools to the children who attended them, their families and  communities as well as Canada as a whole. This is powerful work.

If you want to keep up to date on events and training for Indigenous education, look no further  than the Facebook page: Ontario Teachers of Indigenous Content where there is lots of discussion, events and training opportunities. After all, learning about truth and reconciliation shouldn’t be confined to one week a year.