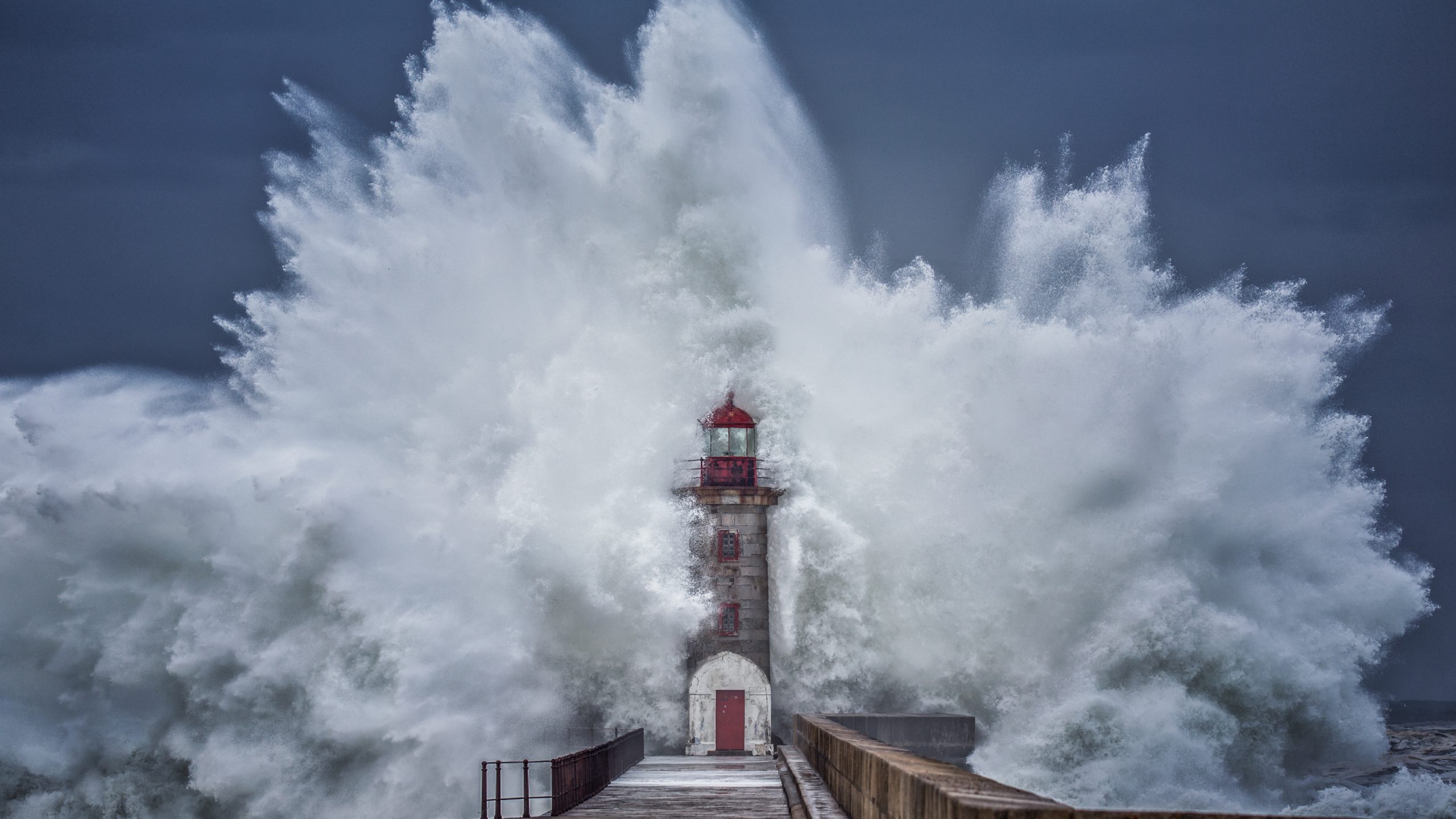 Doug Ford and his Tories are working mightily to overcome opposition to their government in the lead up to the next election. Earlier in June, they dropped a bomb, using the  “notwithstanding clause” of the Charter of Rights and Freedoms  to override a judgement against Bill 254, Protecting Ontario Elections Act. This limited spending by third parties for a year before an election, while doubling the amount individual donors could chip into the party election pots – something that puts the Tories at an advantage, since they get a lot more from individuals than the other parties. 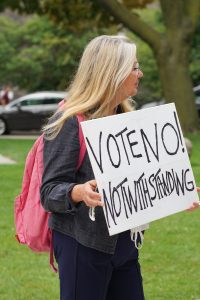 There is good chance that this override could, itself, be overridden. The Working Families coalition of teachers’ unions is mounting another Charter challenge against the use of the “notwithstanding clause.” This time, Working Families’ lawyer Paul Cavalluzzo will argue that that the Ford government has “overstepped its authority”  by impinging upon Charter rights that can’t be brushed aside. This  refers  to Section 3 of the Charter that gives citizens the right to vote and/or run for office in federal or provincial elections and whose purpose is to “protect the right of each citizen to play a meaningful role in the electoral process.”

Susan Ursel, one of the lawyers who led the original challenge to Bill 254, argues this is a huge issue: “Participatory democracy is so fundamental to our system that it can’t be overridden by the notwithstanding clause.” Third parties promote policy ideas during that year or so before an election. They add intellectual rigour with their arguments because, like environmentalists, housing advocates or health care workers, they actually have a background and information supporting what they advocate.  By making it harder for average citizens to combine their funds and make statements about political parties and policies it raises the question, she asks: “What do we believe in when we say we have a representative democracy?”

This challenge is critical, Ms. Ursel says. The parts of Bill 254 that attacked freedom of expression were struck down by Justice Edward Morgan just over two weeks ago. By using the “notwithstanding clause” to override that decision, the Ford government has managed to bring the nature of elections themselves into question in which “citizens of modest means” are supposed to be able to participate.

Think of it this way: If you and some other people of similar views decide to mount an advertising campaign against Doug Ford for using the “notwithstanding clause” to stomp on your rights to speak up between now and next June, you’re limited to $600 000 – a paltry sum considering the cost of media campaigns. It’s Catch-22: the very illegitimacy of this government’s policy means that you can’t effectively challenge the government’s legitimacy.

But in the meantime – with an Ontario election coming up in less than a year – what can you do in the face of this assault on Charter rights?

Anyone concerned, worried or generally disgusted by the Ford government’s approach to running the province will probably want to play some role in defeating 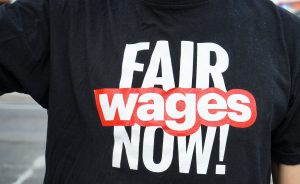 it. One of the major roadblocks to that end, according Cara Zwibel, a lawyer with the Canadian Civil Liberties Association is “privileging of political party voices.” After all, they – especially the Tories – can attract plenty of donors and get their message out accordingly. Now, they can potentially rake in more than twice as much as before. It’s this kind of money that funds traditional TV, radio and newspaper campaigns, something Susan Ursel believes are still very significant because they influence people who go out and vote.

The other problem is that the legislation is purposely vaguely written, according to Cara Zwibel. Political advertising for example is “… advertising in any broadcast, print, electronic or other medium with the purpose of promoting or opposing any… position on an issue that can reasonably be regarded as closely associated with a registered party or its leader or a registered candidate.”  It leaves things pretty wide open for interpretation by Elections Ontario, which of course, will be dealing with this legislation for the first time. Ms. Zwibel thinks the government knows that people won’t be sure what’s offside and what’s not and will just avoid advertising material that might get them into trouble.

Notwithstanding that, here are a few possibilities that might help people and groups take advantage of their Charter rights and play a meaningful role in the electoral process:

Political advertising does not include news coverage, opinion pieces, letter to editors, op-ed articles and so on. This means, for instance, that a well-connected group like Ontario Parents Action Network (OPAN) or 15 and Fairness or the Ontario Greenbelt Alliance could easily attract media coverage for opposition to cuts in education, decent wages and stopping Ministerial Zoning Orders (MZO) from eating up the Greenbelt. If you hold a safely-distanced but well-attended rally there’s likely to be media present.

Third parties have restricted advertising money, but it doesn’t mean that they can’t communicate with their members. Let’s say a volunteer writes a short article about the disasters of hybrid learning. One of the teachers’ unions decides to share with its members. The restrictions the government applies to research and preparation of material don’t apply here. It’s not put into commercial media – just sent out to members. And those individuals can certainly share that message widely with friends, relatives, neighbours, casual acquaintances, on their personal social media accounts – it goes on.

The big opportunity though is social media – the possibilities here are huge. Pick a topic and there are any number of Facebook, Twitter, Instagram, You Tube, Reddit platforms and others that have millions of viewers. Just a glance through Fordwatch will give you some idea of the breadth of issues over which this government has run afoul of Ontarians. What if those folks use their multitudinous platforms to get the message around that it’s time to send Doug Ford and his cronies packing? This has got to be better than, say a newspaper ad that uses a full page of print to say pretty much nothing and it’s got the personal touch of door-to-door campaigning – which you can still do anyway.

The legislation is more than a little paranoid about the term “collusion” – as though people might try to get around spending limits by sharing expenses with others, sharing a vendor, splitting into more organizations to spend more money or sharing information with a candidate or party. Clearly, the Tories believe that Ontarians – other than themselves of course – are a shifty bunch, willing to do anything to get around rules that trample their democratic rights. God forbid!

So why not form many, many small groups and communicate with other small groups to form a network that shares and disseminates information to others using the ideas above. 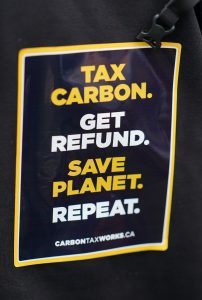 There is still room for co-ordination amongst groups. For example, citizens with an interest in housing could concentrate their campaign on that, letting others focus on other areas. There could be co-ordination between those campaigns, with groups emphasizing larger problems like government underfunding. Someone might publish a pamphlet along the lines of “a user’s guide to engage people in an election” for smaller groups to put out. School Magazine will be editing and sending out a version of Fordwatch as a resource to any group that needs information on the history of the Ford government.

Then there are the usual steps people can take to support the election process: working for a decent candidate who is not a Tory, for example or more general tactics working to get people out to vote. Fifty-eight percent of registered voters cast their ballots in 2018, so there’s room for improvement. That could involve advertising for a group interested in just getting people to exercise their rights – but it doesn’t support or attack a candidate or party. Getting out the vote is still okay in Ontario.

Disclaimer – while I discussed this article with two lawyers – I’m not one, and it would be best if you sought legal opinion if you have any questions about the above suggestions.

There are probably many other ideas readers might have to withstand the notwithstanding clause and it would be great if you would send them to School. The Tories have mulishly defended legislation that was meant give them a leg up in the next election. That “law is an ass.” But with work and co-ordination it might come out that the Ford government will look like one too.